With a rich precolonial history that blends Bantu, Arabic, Persian, Indian, and Southeast Asian cultures, the Lamu archipelago is a major contrast to the typical Kenyan safari.

My grandfather, Bethuel Githere, was one of the earliest African workers for the East African Railways in the 1960s. The railway was the first nationalized transport that carried passengers and goods from Uganda via Nairobi to the coastal port town of Mombasa. Previously, those positions had been reserved for British and Indian laborers stationed in Kenya. It was not until the Africanization program of 1964 that local Bantu Africans were able to get the required training to replace those non-citizens.

It was this personal history that piqued my interest in the Kenyan Coast, and inspired me to venture to the island of Lamu, about 150mi (240km) northeast of Mombasa. Thanks to its status as a UNESCO World Heritage Site, the island and its ancient architecture remain largely unchanged; in fact, the island has no roads, and the only way to get around is by boat, on foot, or on a donkey.

The island’s colorscapes are warm, and distinctly tropical – stucco walls lined by bright flowers, as though the desert met the sea and the two made a commitment to unite. This charm makes Lamu Island – one of the oldest parts of the Kenyan coast – an ideal alternative to the conventional safari route that many travelers most immediately identify with Kenya.

Lamu Island: A journey into the past

When I arrive at the Manda Airport (the regional airstrip located on neighboring Manda Island) for my weekend sojourn, I am met by the desert heat and my own nostalgia. I remember roaming the narrow, unnamed streets on a previous trip, and being comforted by the profound sense of community which defines the archipelago’s culture – the product of a rich history both dazzled and made heavy by the presence of royalty from the Omani and Yemeni kingdoms dating back to the 16th century.

Though I relish in the opportunity to practice my Swahili – a language born from the coastal mixing of local Bantu languages, Arabic, Hindi, and a touch of Farsi – I am reassured by the fact that most people on the island also speak English fluently. There are two main inhabited locales on the island: Lamu Town itself, which is the historical center of the UNESCO-protected island, and Shela Village. Whereas Lamu Town is home to the bulk of the island’s markets and local trade infrastructure; Shela Village is comprised more of hotels and private residences, which attract the majority of foreign visitors.

One of my first outings is a sunset dhow ride. Dhows – large wooden sailing vessels traditional to the Arabian region – decorate the island’s shores, and are one of the most telling artifacts of the diasporic mixing on the island. A ride costs around USD $30, depending on whether you take it alone or share it with other travelers, and lasts two hours. Riding on the dhow, with its large mast and distinct wooden architecture, feels akin to traveling through time – getting a distant view of the dozens of other boats docked by the shore, and weaving through the thick mangroves that border the other islands on the archipelago.

Keen to dig deeper into this history, I make a point to visit the Lamu Musuem the next day – only to discover that the museum is closed on Sundays. However, I meet an island tour guide on the steps of the museum and, after a bit of negotiating, we embark together on an alternative to the museum visit. Tours can be arranged via the hotels and lodging, or visitors can take the route I did, and book with the guides who are available around the museum, upon arrival.

As we begin to stroll through the Old Town, he tells me about the materials that are used to make local homes – roofs made of mangrove leaves, and doors carved intricately from African mahogany from Manda Island. The buildings date back to the 1500s, and are made of limestone which has withstood the test of time.

My tour guide tells me about a local family who traced their lineage back to a marooned Chinese ship – presumably from 15th century Chinese navigator Zheng He’s merchant expeditions. Not only did they confirm their Chinese ancestry via DNA tests, they’re still in possession of fine ceramic ware from centuries past. In fact, Shanga Island takes its name from the bustling metropolis of Shanghai, in modern-day China.

I was entranced by this tale, mainly because it challenged so many of my own preconceptions of this island as being uncontacted, unconnected land, when in fact, intercultural exchange is precisely what has shaped these islands into being what they are today. Lamu is a rich mix of Bantu, Arabic, Persian, Indian, and Southeast Asian cultures which, through the centuries have blended and molded to form a distinct marvel of an archipelago. Visiting this charming island is a must for all who feel called to explore the rich and interconnected history of the Swahili Coast – and perhaps even discover remnants of their own culture along the way.

Local airlines – Kenya Airways, Jambojet and Fly540 – make the journey by flight from Nairobi in just under an hour (~USD $200 roundtrip).

Lamu has a diverse and compelling range of accommodation offerings on Airbnb, as well as a range of mid- to high-range hotels. Is Kenya Safe for Travelers? 11 Things I Wish I Knew

How bad is crime in Kenya? Should the fear of terrorism stop you visiting this wild destination. Find out how to stay safe and avoid trouble with these tips. 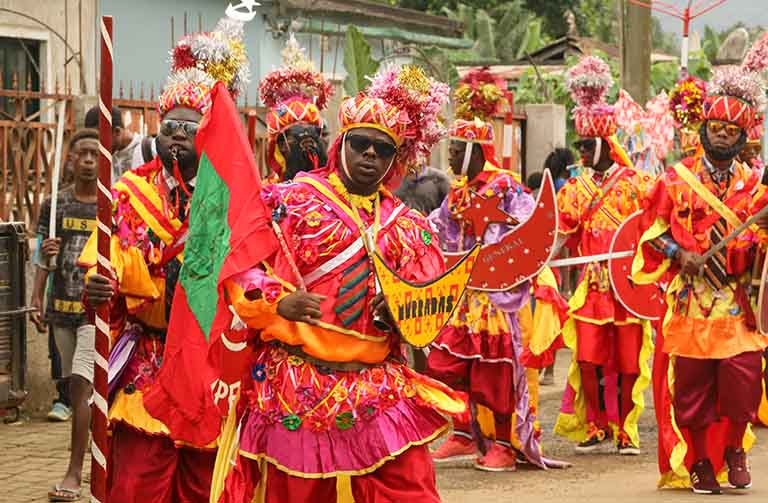 Why São Tomé and Príncipe Should Be on Your Travel List

If you’ve never heard of this twin-island African nation, you aren’t alone – but its intriguing heritage, exceptional biodiversity, and exuberant festivals make it worth getting to know.