In 1997, a volcanic eruption buried two-thirds of the Caribbean island of Montserrat under a layer of ash and lava. Gary Meenaghan takes us into the “Exclusion Zones” of this modern-day Pompeii.

Montserrat is a yin-yang of an island. The hospitable north features lush tropical foliage, black-sand beaches, and wonderful tranquility; the soulless south offers a modern-day Pompeii, complete with abandoned churches, a hotel-turned-horror-film-set, and a clock tower poking its head out of the ashen earth like a mole in spring. I’m here to experience both.

Located 30mi (48km) southwest of Antigua, in the inner arc of the West Indies, this tiny British Overseas Territory changed forever in the ‘90s, when the Soufrière Hills volcano awoke after centuries of dormancy and engulfed almost two-thirds of the island in an avalanche of ash. Like something out of an apocalyptic novel, much of the south now falls within “Exclusion Zones” too dangerous to explore on foot.

A family legacy forged in lava

On June 25, 1997, American expat David Lea captured astonishing footage of the volcano’s most violent eruption. Debris blasted 8mi (13km) into the air, and rocks the size of houses were thrown down the hillside. A superheated tsunami of ash and lava swamped the capital city of Plymouth within minutes, melting everything from asphalt to glass to roof tiles. David’s footage is exhibited at the Montserrat Volcano Observatory.

Now, 22 years on, he runs a memorabilia-rich coffee shop, while his son Sunny runs customized, guided tours. As expected on an islet measuring 40mi2 (100km2), the Leas are well known, and Sunny is able to obtain the necessary permissions to take us into the Exclusion Zones. As we drive past various warning signs, the greenery fades to gray and I feel excited and intrigued, but never unsafe, courtesy of Sunny’s professionalism, prodigious knowledge, and passion for the island.

The ruins of a resort

Back in the 1980s, Montserrat was a hotspot for celebrities, and the lavish Montserrat Springs Hotel was its jewel. Located 2mi (3km) north of Plymouth, the resort offered its guests fashion shows, opulent brunches, and the chance to mingle with the likes of The Rolling Stones and Sir Paul McCartney, both of whom recorded albums at the nearby AIR Studios.

But the music stopped in September, 1989 when Hurricane Hugo devastated the studio and severely damaged the hotel. Not long after reopening, another uninvited guest made itself known, as smoke and groans emanated from Soufrière Hills. Authorities evacuated 6,000 Monserratians from the southern region before it was eviscerated.

I’m standing by the hotel swimming pool, but I wouldn’t recommend diving in unless you wish to disappear into a tangle of undergrowth. Much of the building hides under a thick carpet of volcanic debris, forcing me to stoop as I pass from room to room. A shower curtain hangs on its rail, the bathtub buried beneath my feet. Administrative documents – including one for hurricane insurance – lie strewn across an office desk. Either staff expected the evacuation to be temporary, or they left in a panic.

The half-buried remains of Plymouth

Out in the garden, Sunny points towards the horizon. To the right sits the aquamarine ocean, to the left, the active volcano capped with an ominous, sulfurous cloud. Between them is the lifeless space where Plymouth used to be. Through binoculars, I can see what appears to be a wigwam, which Sunny tells me is in fact the steeple of a church. The way it protrudes from the sea of cinders makes me think of an ashen iceberg.

It’s possible to visit Plymouth and the base of the volcano, which last erupted in 2013, but I’m traveling with my toddler daughter and Sunny is uneasy about getting too close in case we need to make a quick evacuation. We head back northwards, noting the change in landscape as the wasteland gradually cedes to vegetation clearly thriving in the mineral-rich soil. Abandoned homes and a house of prayer that once acted as a refuge shelter are being slowly swallowed by jungle.

Montserrat: more than a disaster zone

Back on the bright side of the border, there’s more to Montserrat than its notorious mountain. Intrepid travelers can experience the Caribbean as it used to be: free of cruise ships, mega resorts, and overpriced seafood. The local population fell from 13,000 in 1994 to as little as 1,200 three years later; now it’s back up to a healthy 5,000.

Staring out at this undeveloped landscape, the luxuriant jungle and smoking volcano seem prehistoric -- but instead of dinosaurs, goats graze, and chameleons hide in plain sight. Go in September and you might even spot turtles nesting at Lime Kiln Bay, a calm, black-sand cove.

On the way back to our homestay, Sunny stops the car by a freshwater spring marked Runaway Ghaut. A sign above the fount reads: “If you drink at this burn, to Montserrat you will return.” My time on this enchanting isle is nearing its end. I put my mouth to the water and gulp down as much as I can.

We paid US $55 (EC $150) each way for the 90-minute ferry from Heritage Quay in Antigua to Little Bay in Montserrat. Under-12s pay less, and free WiFi is available onboard. (Update: ferry service was suspended in 2020 and is discontinued until further notice.)

Passengers making same-day connections by air to Montserrat (within 24 hrs) are exempt from paying the Antigua Airport Tax (US $37.50 / EC $101.25). The departure tax of US $13 (EC $35) for passengers departing Montserrat for Antigua by air is included in the ticket price. The customs office in Montserrat will stamp your passport with a green shamrock – a hat-tip to the island’s proud Irish roots.

Only a handful of tour companies exist in Montserrat, and excursions start from around US $50 (EC $135). Visitors intending to enter Plymouth should ensure their guide can obtain the necessary permits, which cost US $100 (EC $270) per person. For a list of operators, go to VisitMontserrat.com. Sint Maarten on a Shoestring Budget

Learn how a family can spend a month on this notoriously expensive Caribbean island without breaking the bank. Saba, an Island Packed With Character(s)

From the welcoming residents to the friendly sea life, the locals on this tiny but fascinating island make Sascha Zuger feel right at home. 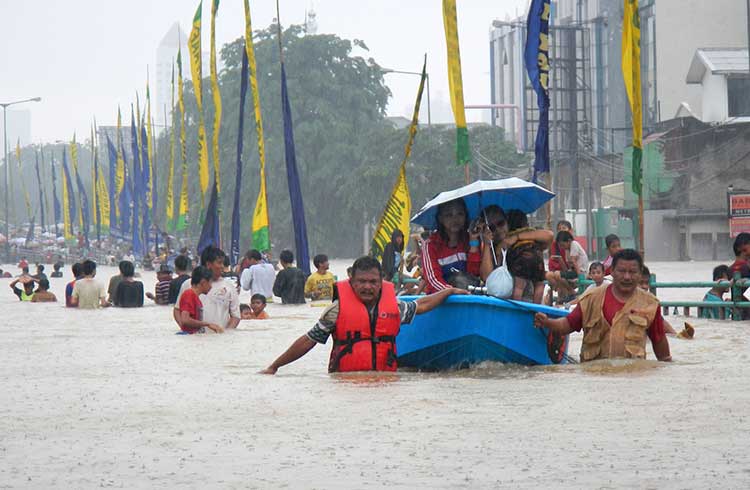 If disaster strikes, what if I'm injured or unable to travel?