German cities are extremely bike friendly, and for the visitor, this is a godsend. It’s easy to pack in lots of sights when traveling by bike, and getting out of the subway system and above ground will give you a whole different perspective on your surrounds. You’ll also realize how close some stations are to each other!

A city like Berlin has hundreds of kilometers of bike paths as well as cycle lanes on the road or footpath. Pedestrians and motorists are very respectful of these areas and the cyclists on them. Bike hire is cheap and plentiful, not least the Call A Bike program which is run by Deutsche Bahn in seven cities and at more than 50 major train stations.

Bikes can be found at the constantly restocked bike racks around the city or tracked down with a smartphone. When you’ve found a bike, you call a number to get a numeric code to unlock the bike. It’s a practical, efficient, cheap system.

For the more adventurous biker, there’s also an extensive network connecting cities – and countries, such as a route from Berlin to Copenhagen, and the German sections of the mostly complete EuroVelo network, crisscrosses the continent.

If you’re wanting to get back to nature or relax away from the party circuit, the German coastline has plenty to offer. The North and Baltic seas aren’t a huge drawcard for people from outside of northern Europe, although the Germans do flock to a few popular destinations. Consequently, the coastline offers a mix of natural tranquility and visitor-friendly amenities and sights – without the overload of English accents.

For some real downtime, there are quiet fishing villages like Cuxhaven. The fresh and salty sea air is known for its health benefits and the region is known for its wellness clinics. But that sea air is often a strong wind, meaning strenuous sporting activity is easily found.

Islands like Heligoland, Usedom, and Rügen each have their own natural landmarks – and war stories. Isolated Heligoland was torn apart by bombing, Usedom was part of the V-rocket program and is now split between Germany and Poland, and Rügen is home to the gigantic, never finished and now derelict Third Reich holiday resort of Prora.

The island of Sylt is something of a German Riviera, famed for its champagne cocktails and seafood. Dominated by beaches as far as the eye can see and houses with beautiful thatched roofs, it’s well connected to Hamburg by train and after a day cycling around the island you can be back in Hamburg in time to hit the clubs.

In summer, Germans love erecting kitschy beach bars. They spring up wherever sand is naturally found, such as Hamburg’s Strandperle, across the river from the city’s huge dockyards. Or, more often, they’re built where sand is not meant to be at all, such as the Skybeach bars atop multi-level carparks in the middle of Cologne and Stuttgart.

Because of the cold winters, Germans really value the sunshine, and there’s not a spare deckchair in sight as the locals enjoy the simple pleasure of an Aperol Spritz or Radler on a warm day. Beach bars aren’t just camp curiosities, they’re genuinely full of life and warmth. They’re places where Germans go for a little escape without leaving the city. And they’re also generally well out of the regular tourist areas.

Oktoberfest in Munich is a huge drawcard for tourists, but some of the beer tents are more German than others. There’s a big difference in the way the locals approach Oktoberfest than the tourists – for Bavarians it’s a traditional day out with the family, while visiting lager louts bring a real football hooligan vibe. Pick your tents and the day you’re going on wisely!

Or, simply go somewhere other than Munich. While Oktoberfest is the biggest of the volksfest or kirmes that happen in Germany at the start of Autumn, there are many alternatives. The second biggest is the Cannstatter Volksfest in Stuttgart, which is very similar to Oktoberfest except without the masses of English-speaking and Italian tourists. But even a town of fewer than 1,000 people may have a long-held tradition of closing the streets for a fair. There’s a real variety in the scale, activities and ceremonial oddities – and with staggered start dates and some festivals lasting many weeks, there’s enough time to take in a few.

For a non-native speaker, the German language is full of humor and wacky idioms. For example, the word for French toast is “Arme Ritter”, or “Poor Knights”, and the equivalent of “it’s all Greek to me” is “ich verstehe nur Bahnhof”, or “I only understand ‘train station’”.

There’s a slight variation from region to region, so to be really clever, pick up a couple of nuggets in the local dialect. Have fun with it! You’ll be surprised at how a little street talk really helps to kickstart a chat in the pub.

From Sydney, via stints in Melbourne and London, Sebastian is currently living in Berlin. His mantras; eat, drink and dance with the locals, and say 'yes' to everything. In another he was a journalist, but these days he works in social media. More of that on his Twitter profile at @sebastianvasta. 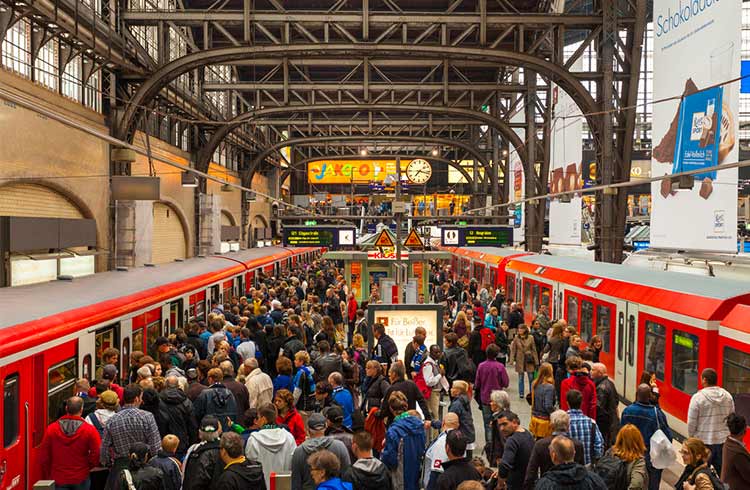