Many visitors flying in over Auckland’s grey urban mass will rush out of the city to the postcard views further south. But if you know where to look in Auckland, you’ll find some of New Zealand’s most mind-blowingly photogenic sites, as well as great local food and an introduction to Kiwi culture.

If you’re staying in the center of the city, Auckland’s main attractions are within walking distance. Nip up the Sky Tower for a bird’s eye view of the city, and wander down to Wynyard Quarter to understand why Auckland used to be called the ‘City of Sails’.

The Auckland Museum gives a great introduction to Maori culture, and the park it’s located in (the Auckland Domain) is perfect for picnics. Don’t miss the Auckland Art Gallery on the way.

If Auckland is your only destination, get a taste for bungy jumping off the Auckland Harbor Bridge – otherwise, save your pennies for the more storied and scenic bungees in Taupo or Queenstown.

For views, take a 15-minute ferry from the downtown terminal to Devonport. From there, walk up North Head – an extinct grassy volcano on the North Shore’s tip. The islands of the Hauraki Gulf dominate the seascape, and the city’s iconic skyline looms large in the other direction. Explore the old war tunnels built into the hillside, and pop down the hill to Devonport or Cheltenham for a swim.

If you’re around between December and March, check out the event guide for Silo Park. Built for the 2011 Rugby World Cup, Silo Park is Auckland’s summer hotspot for outdoor gigs, movies markets.

The Waitakere Ranges (including Piha)

West of the city lies the Waitakere Ranges (the Waitaks, in local speak). Start your adventure with the 45-minute drive to Piha (pronounced pee-ha), arguably New Zealand’s most beautiful beach.

Don’t let any weather put you off. If it’s sunny, great. If not, even better. Piha is a driftwood-strewn, black-sand beach with thundering surf – it’s best in wet, windy weather.

First, enjoy the view from the lookout on the road that winds down into town. If you’re keen to stretch your legs, take the Kitekite track to Kitekite Falls. The bush (forest) in this area is beautiful, studded with nikau palms, fern fronds, and native birds, and the falls at the end of the track are worth the walk. The Piha Café is a great place to refuel after a swim or a blustery beach or bush walk.

While you’re in the area, escape the crowds at one of the stunning, but seldom-visited beaches nearby – Anawhata is the best of the bunch. It’s a steep (but well-maintained) walk from the carpark down to the beach, and you’ll likely be the only people there.

For a full day walk, drive to Huia, and take on the Omanawanui Track – Auckland’s best day walk. The track traverses the narrow ridge separating bushy hills from the Manukau Harbor.

You’ll undulate gradually down to Whatipu, a wild beach that forms the tip of the Waitaks. Combine that with the Kura Track to get back to your car, and you’ve got a day trip that takes in the best of the west coast.

Pack supplies: There are no shops or cafes at Whatipu, but you can reward yourself with a stop at the Huia Foodstore afterward (home to the country’s best chocolate caramel slice).

Editor's Note: Recently, there's been a rahui (a restriction of access) placed on the Waitakere's walking tracks to stop the spread of Kauri Dieback – a disease that's threatening the Waitakere's population of Kauri trees. While the council is only banning access to a few key walks, local Maori have placed a rahui on the whole area.

For Maori, the destruction of the Kauri trees isn't just an environmental problem - the Kauri are regarded as tupuna (ancestors) and rangatira (chiefs) of the forest. If you're traveling to the area, we'd recommend you respect the rahui and stay off trails, too. You can still visit the beaches in the Waitakeres, like Piha, Anawhata or Whatipu.

Explore the Islands in the Hauraki Gulf

To the east of Auckland lies the Hauraki Gulf, strewn with green islands ripe for visitors. You can reach each of these islands by public ferry, and keep an eye out – you might be accompanied by a pod of dolphins.

For sunbathing, art and wine, head straight to Waiheke. It’s 35 minutes from the downtown ferry terminal and has a network of public buses once you’re on the island. Cool off in the sea at Oneroa Beach, Palm Beach or Onetangi. The best viewpoints in the island are occupied by vineyards – if you’re staying central, taste the local drop at Cable Bay or Mudbrick, but if you’ve got a car to explore with, take in the sights at the lesser-known Te Whau or Man O’ War.

If you’re visiting over summer, don’t miss Sculpture on the Gulf – an outdoor sculpture trail on the cliffs about Matiatia Bay.

Almost every view in inner-city Auckland looks across to Rangitoto, volcano that looks the same no matter which direction you view it from. It’s a great day trip from the downtown ferry terminal – sail across in the morning, hike to the top from great views over the gulf, and sail back in the afternoon. Take a head torch and stop in at the lava caves on the way down.

Motutapu Island isn’t serviced by ferries regularly, but it’s connected by bridge to Rangitoto, and it only takes a few hours to hike across. Take a tent and camp at Home Bay, and explore the island’s many trails.

Bird lovers head to Tiritiri Matangi, an open wildlife sanctuary in the north of the Hauraki Gulf. New Zealand’s native bird population was devastated by the introduction of pests, but it’s now blossoming again on Tiritiri Matangi – thanks to a huge conservation effort. You might even spot a Takahe – a flightless bird once thought to be extinct, but now number just over 300.

Venture south of Auckland and you’ll soon find yourself in tranquil Waikato farmland, home to Hobbiton. To visit Hobbiton, you’ll need to book a guided tour from Matamata, Rotorua, or The Shire’s Rest – a gorgeous converted woolshed that serves as the entrance to the movie set. If you’re planning on visiting Mount Maunganui or Rotorua, you could fit a visit in on your way.

Surfers and beach lovers take a road trip to Raglan on the west coast, two hours south of Auckland. It’s home to some of New Zealand’s best surf breaks, and the cute town center is full of funky art galleries and cafés.

Within a two-hour drive from you’ll find the Coromandel Peninsula, full of beautiful hiking trails and white sand beaches. For swimming, don’t miss Hahei and Cathedral Cove, Hot Water Beach or New Chums. For a day walk with great views of the peninsula, head up The Pinnacles.

Eden Park is New Zealand’s sporting ground zero, home to the famous All Blacks. If you’re lucky enough to be there when a game is on, and there are tickets left, snap them up.

Cricket is the country’s summer game. If you’re new to the sport, try a T20 game (they only last about four hours) or (you’ll be done in eight hours). Enjoy the relaxed spirit of the summer game; lounge around in the sunshine, enjoy good food, and great company.

For local music, head to K Road (technically Karangahape Road, but that’s a mouthful, even for the locals). of the Woods and The Wine Cellar showcase local talent as well as big-name international acts. For something more chilled, the Tuning Fork, next to the huge Vector Arena, is a prime spot for jazz, country folk performers.

Get a feel for Maori culture in the Auckland Museum, and keep an eye out for information dotted all around the city’s surrounds. Maori legends add a layer of beauty to the area’s wild landscapes and playful birdlife. 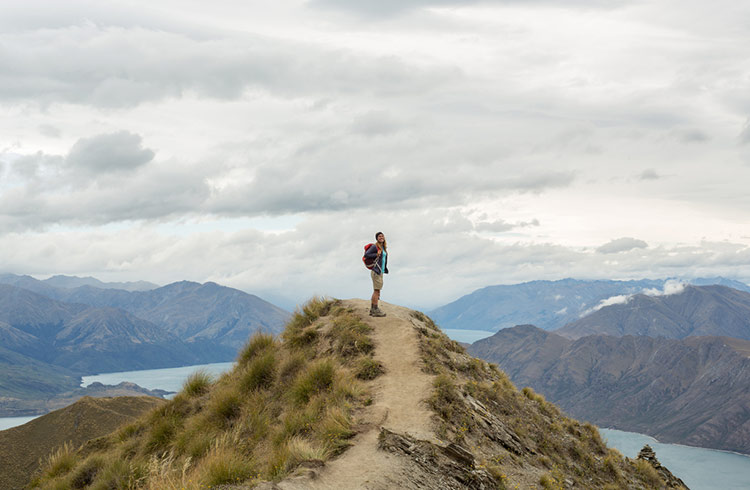 Top 8 Destinations on the South Island for Adventure

From heli-hiking to carving up snow on the ski fields, we take a look at the best destinations for adventure on New Zealand’s South Island. From Northland to Wellington, Liz Carlson picks her top adventure activities on the North Island of New Zealand.