It seems that every day another news article comes out about animals facing extinction. The list of reasons is seemingly endless including loss of habitat, the wildlife trade, and climate change.

What the media rarely covers is the stories of hope, where communities come together to protect the animals that live around them.

There are many of these stories around the world, where dedicated conservationists are coming up with innovative ways to help these endangered species recover while improving the lives of local residents.  Many of these programs include volunteer activities for travelers to participate in research and conservation programs.

Here are just a few of the opportunities for travelers to help wildlife:

Years ago, many turtle researchers wrote off Baja’s turtles as beyond saving.  However, an award-winning network of fishermen, scientists, and local residents called the Grupo Tortuguero formed to study and protect the region’s five species of sea turtles and numbers are rebounding.  A new locally run business called RED Sustainable Tourism is helping these conservationists recruit volunteer help for their turtle research.  Participants camp on a small island in Magdalena Bay and help to set nets to catch green turtles at sea and collect information on them before returning them to the water.

These iconic cats are facing increasing threats and their numbers have decreased an estimated 30 percent over the past two decades.  Gorongosa National Park in Mozambique is a microcosm of efforts in Africa to protect lions and other wildlife.  At one point, this park is said to have had more wildlife than the Serengeti and was one of the continent’s most visited protected areas.  In the 90’s, civil strife led to an estimated 95 reduction in large animals.  Now that the political situation is resolved, a huge effort is underway to restore the park and revive ecotourism here.  Colorado-based Reefs to Rockies is working with Explore Gorongosa to organize a “Bio-Blitz” where volunteers can help researchers on a comprehensive survey of the parks flora and fauna.

Pandas live in isolated patches of mountain forest in central China.  Their numbers in the wild have dwindled to less than 2,500 due to conversion of forest to farmland and other uses.  The World Wildlife Fund’s China program is working to expand protected areas and encourage local residents to protect their forests.  Travelers with Wild China can track pandas in the Wanglang Nature Reserve, visit a panda breeding center, and support WWF’s efforts to train local residents as tour guides.

More than half of the 18 species of penguins around the world are considered either threatened or endangered.  The African penguin population has decreased 95 percent since preindustrial times due to competition for fish with fishermen and other threats.  Earthwatch Institute has worked with local researchers for the past decade to study and protect the penguins living on Robben Island, famous for the prison that once held Nelson Mandela and many others during apartheid.  Volunteers will help collect data on the penguins including growth rates of chicks and survival rates, key information that is needed to develop long-term protection plans.

Whale Sharks in the Sea of Cortez

The whale shark, despite being the world’s largest fish, is not well studied by scientists.  Their numbers are decreasing due primarily to the trade in their fins.  Though they can be found around the world, one of their primary feeding areas is the Sea of Cortez between mainland Mexico and the Baja Peninsula.  Baja Expeditions, the first tour operator to bring people to this ocean paradise, has recently begun working with a local researcher to start filling in the gaps in our knowledge of these amazing creatures.  Based on board a dive ship, volunteers will spend a week cruising the Sea of Cortez, diving with whale sharks to collect DNA samples, take photographic IDs, and observing their behavior.

Brad Nahill is a Director for SEE Turtles and SEEtheWILD.

By Our Guest Authors,
World Nomads Contributor - Sun, 8 May 2011 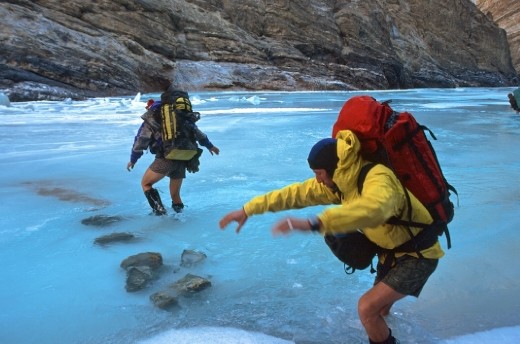