WATCH: The Journey From Kid to Monk

In Myanmar, where 90% of the population practices Buddhism, every man is supposed to enter the monastery twice in his life, during childhood as a novice and as an ordained monk from the age of 20. In Myanmar, some spend most time of their lives as a monk. Some kids make the decision themselves, while others are brought by their families who grant them a better life through education and daily meals.

Many people strongly believe that their lives will be incomplete if their children haven't been novices. But these Shin Pyu ordination ceremonies are expensive and leave many parents in debt.

After the colorful procession where children are traditionally-dressed, like young princes of Burma, the boys have their heads shaved, exchange their clothing for Buddhist robes, and move into the monastery.

The boys follow strict rules that encourage discipline and obedience. They have no use for money, and rely on donations from fellow Buddhists who see them as a part of society. By donating, Buddhists gain merit, a concept tied to the teachings of karma. Merit will bring happiness as a result of good deeds and acts.

Every morning, they collect food donations on the streets. Novices and monks do not eat past noon until the next morning, as they are taught to live within their means. They only consume for sustenance – some eat twice a day, others only once. Daily fasting and strict rules can be a big challenge for the little boys.

Luckily, these novices aren’t required to give up all the fun of being a kid. Growing up together in ancient monasteries, they form a brotherhood and close connections. 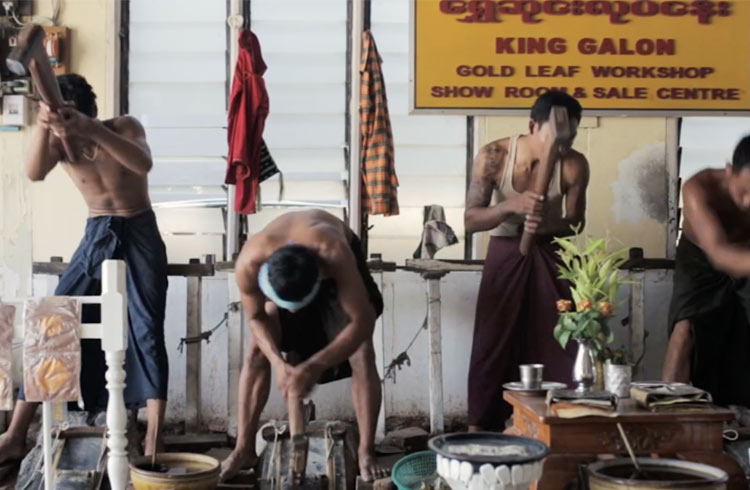 Ever wondered who makes the gold that covers Myanmar's statues, temples, and pagodas? Nomad Andrés meets the goldmakers.