Eat Your Way through Nepal: 8 Dishes You've Got to Try

More often than not, the mention of Nepali food will conjure up an image of a plateful of Dal Bhat. But there’s so much more to the local food here. Our local insider Prathap shares his pick of the top dishes you’ve got to try.

Perhaps due to its close proximity to India, Nepal’s food carries a lot of resemblances to Indian cuisine.

Thanks to the use of rich spices and ancient cooking techniques, including open fire and charcoal, it’s also a hodgepodge of lip-smacking, delectable regional cuisines.

Various indigenous Nepali communities including the Gorkhas and Newari boast of dishes that are both feisty and bursting with flavours.

This is typically a big plate of steamed rice, served with delicious accoutrements of stir fried vegetables, meat curries, spiced potatoes, and salads.

If you find dal bhat tarkari on a menu, it means vegetables are served alongside your dal bhat.

After dal bhat, Momo is perhaps the second crown jewel in Nepali cuisine.

These meat-filled dumplings are a permanent fixture in any restaurant – regardless of what kind of cuisine they serve.

Each restaurant has its own recipe for the chutney, the spiciness of which ranges from extreme to super mild.

If your palette favours a spicy kind, notify your waiter when they take your order.

Choyla, an appetizer made with grilled meat, is a renowned Newari specialty. Typically, buffalo meat is used, but chicken and other forms of meat are also common.

Another Newari speciality is a dense savoury pancake called Bara. This is a coarsely ground batter of moong and black lentils, cooked on a pan with toppings of meat strips and eggs. It’s often served with a watery lentil soup.

You’ll find Thakali kitchens in all cities and towns; they are modest places serving Nepalese cuisine alongside Tibetan specialities.

Don’t be startled by restaurants advertising ‘buff meat’. It’s not a spelling mistake of beef but the shortened version of buffalo meat.

Water buffalo is also a commonly used source of protein in Nepal.

In the unlikely event of you tiring of local cuisine and want to take a break, you can always bank on Kathmandu’s chic cafes as a fall-back option.

They serve everything from specialty Himalayan coffee to sandwiches and delicious brownies. 7 Day Trips from Kathmandu to Add to Your Itinerary 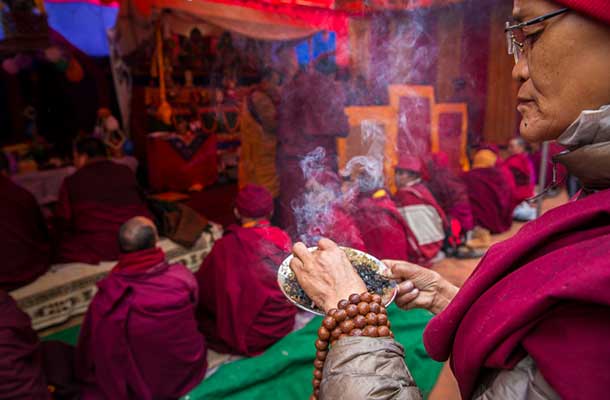