How Will Climate Change Affect Travel?

With daily images of our favorite travel destinations ravaged by extreme weather, what lies ahead for travel, and what can we do to help?

Celebrated British explorer Simon Reeve recently revealed his guilt about the hefty carbon footprint from all his jetting around the globe making travel documentaries. The television presenter confessed in the BBC interview that he sometimes felt like a hypocrite, even while hoping his shows had value in bringing ‘true, honest stories about what’s happening to our planet.’

Many travel lovers will sympathize with Reeve’s sentiment as we ponder what climate change will mean for the future of our planet and weigh up how to continue engaging with our passion.

Last summer, many of us watched helplessly as wildfire descended on Turkey’s idyllic coast and catastrophic storms wreaked havoc through pristine European villages. In other places, that enduring symbol of tourist paradise – a palm tree on a tiny island – continued to lose its meaning as hurricanes and rising sea levels threatened low-lying destinations.

Of course, natural disasters aren’t new, but scientists are reaching consensus that their frequency and severity are on the rise as a result of human-induced climate change. We know that travel, especially by plane, is one of the contributors to this, so it’s no wonder people are questioning if they should be traveling to affected destinations or if they should travel at all.

A question of travel

But with travel one of the major exports for many developing countries, according to the UN, this raises the question if we could be doing more harm than good by staying at home?

Dr Ya-Yen Sun of the University of Queensland Business School, a researcher in tourism sustainability, acknowledges that travel to many climate-affected destinations is problematic. But she warns against avoiding travel altogether, pointing out that tourism is an “important pillar” for many places, especially many of the Small Island Dependent States (SIDS) that so often bear the brunt of climate disaster, including the popular Indian Ocean islands of Maldives, Seychelles, Mauritius; the South Pacific islands Vanuatu and Fiji; and Caribbean islands such as Barbados, Bahamas, and Saint Lucia.

According to Dr Sun, when there are no tourists, many societies experience reduced social welfare and increased instability. As with the pandemic, this has a knock-on effect for tourism with increased unemployment meaning that people may turn to illegal logging, fishing or poaching for survival, and so exploit “the fundamental resources the tourism industry relies on.”

Figures from the World Travel & Tourism Council (WTTC) back this up – its website states that travel and tourism accounts for more than 10 per cent of global GDP and supports more than one in 10 jobs worldwide.

“In many countries around the world, tourism presents one of the most important sources of economic income,” according to the WTTC.

So, we need to keep moving, while being conscious of how we travel. As Dr Sun puts it: “It’s best to keep traveling and support local business and jobs and act proactively on the climate impact of our travel.”

One of most important behavior changes we can make is how we reach the destination, with transport the most carbon-intensive element of our journey, so using more public transport and avoiding short flights when we get there.

We can also mitigate our footprint at the destination. As food and shopping produce extra carbon emissions, Dr Sun advises eating locally-sourced, mostly vegetarian meals, and not wasting food, as well “supporting local industries when purchasing which not only reduces emissions in transportation but also helps to create local jobs and preserve local heritage.”

She also suggests the idea of taking responsibility by having a personal annual budget for travel. Travelers can calculate the carbon emitted by their flight at Atmosfair and alter their future travel plans accordingly.

For example, if you fly long-haul one year, cut down international travel for the next few years and travel domestically instead. In addition, travelers could consider extending the length of stay per journey while reducing their travel frequency.

“Doing a long-haul flight with a length of stay of 10 days is far more environmentally friendly than doing three trips with each lasting for three days,” says Dr Sun.

The patterns of future travel are also likely to change due to climatic changes. As Dr Sun puts it: “The direct impact of climate change is to fundamentally alter the natural resources that the tourism industry relies on.”

This includes reduced snow volume at ski resorts, and coral reef bleaching at places such as the Great Barrier Reef in Australia – the natural features that attract us to the destinations are being diminished by climate change.

The travel industry is, of course, flexible and many operators are already finding ways adapt to weather changes. However, some of these, such as creating artificial snow, building sea-walls or increasing air conditioning, could lead to increased emissions and rising costs.

Some experts think that a better solution would be to look past those geographical characteristics and offer something different. Hans-Joachim Hermann of the German Environment Agency told German broadcaster Deutsche Welle of a Swiss ski operator that decided to stop operating ski slopes and focus on a different winter tourism model.

"The ski operation was running at a loss ... so they developed a new business model that focused on excursions, expanding gastronomy, as well as a wide range of nature-oriented summer and winter activities, while reducing winter operations from Wednesday to Sunday."

While we can’t predict exactly how consumers will react to these changes, it’s possible travelers might start to modify where they choose to venture in future, according to weather extremes, potentially favoring cooler-climate destinations, such as Scandinavia or New Zealand.

Or there may be seasonal changes at climate-affected destinations if tourists opt to travel at different times of year, in line with more attractive weather patterns. Summer seasons might become less popular while traditionally cooler, less popular times, such as spring and autumn, may become high season. Even in winter, places that are usually closed, could become more favorable.

In destinations affected by hurricanes and cyclones, travelers will become increasingly conscious of avoiding the worst seasons and travel only at the safest times.

While the travel industry is not the only one contributing to greenhouse emissions, estimates vary on the percentage it is responsible for – from three to as much as 10 per cent, with flights by far the major component.

In its post-COP26 report, the WTTC noted “the sector has both a responsibility and significant potential to be a catalyst for profound system change.”

And as regular travelers become more conscious of their footprint and green issues continue to become mainstream, most will seek out less indulgent destinations for those that are lighter on the earth.

This may include favoring operators that either give back in some sense or are highly conscious of their offerings, from the provenance of the bed linen and bathroom products, to how they’re sourcing energy and water.

But travelers will also be wiser to greenwash as they become more aware – simply putting ‘eco’ in front of a product will no longer be enough; travelers will want reassurance that offerings are authentic and demand to see evidence that the industry is taking genuine responsibility. No one wants to be a hypocrite and the more we do, the more we can continue to travel. Carbon offsetting schemes have been around for a while, but can recent improvements make them a more valuable contribution to sustainable travel? 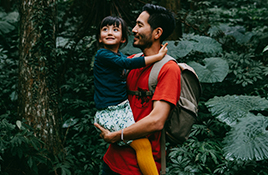 Work is underway to make flying more sustainable, and that’s good news for the planet and good news for responsible travelers wanting to reduce their carbon footprint.