South Korea is a well-developed country with plenty of top-notch hospitals and clean drinking water, but it still has a few bugs which can make you ill. Find out how to avoid them here.

Check with your travel doctor at least 8 weeks before traveling to make sure you are up to date with routine booster shots, or to see if any vaccinations are essential.

The CDC and WHO recommend the following vaccinations for travelers to South Korea: Hepatitis A and B, typhoid, Japanese encephalitis, rabies, meningitis, polio, measles, mumps and rubella (MMR), Tdap (tetanus, diphtheria and pertussis), chickenpox, shingles, pneumonia and influenza.

Medical services in South Korea are of a high standard and very efficient. But they can be expensive depending where you go, with some requiring payment upfront before treatment. If you're not flash with your Korean speaking skills, the larger hospitals tend to have more English speaking staff than other facilities.

This common springtime malaise may feel to people who suffer from seasonal allergies that they have stepped into a little private hell. Yellow dust looks a lot like pollen, but it is actually dust from the Mongolian deserts that rides the wind and blows through South Korea's cities like a scratchy, unbreathable fog. Bring a dust mask or prepare to be miserable. If breathed in, yellow dust can cause throat irritations and may exacerbate cardiovascular or respiratory problems.

There are frequent cases of Hepatitis A from the food or water in Seoul or other Korean cities. It is recommended that you make sure your Hepatitis A vaccine is up to date.

Travellers to rural areas in South Korea may be at risk for contracting malaria. Mosquitoes carrying the disease are located around the DMZ (demilitarized zone) at the border with North Korea as well as in the northern areas of the Gangwon and Gyonggi provinces. Additionally, there are a few other insect-borne diseases that may become problems; these include Japanese encephalitis, filariasis and typhus. Cases in travellers are rare.

The bane of every traveler's existance, it can either stuff your plans up for a few days or at worse, put you in hospital. Lots of people drink the local tap water in South Korea and have little trouble. Apparently, it is of a higher quality than water in the United States. But if you aren't a fan of the taste, stick to treated or bottled water.

You can avoid catching traveler's diarrhea by practising good hygiene and watching what you eat and drink. Korean cuisine is varied including raw, uncooked, pickled, partially cooked and other delicacies. Meat and seafood are often found in many dishes. So whether it's a street food cart or a restaurant; make sure the place is busy, is clean and foods like meat are kept chilled.

It's also handy to carry some antibacterial gel around with you, especially if you aren't in a position to get to running water and soap.

A disease commonly found in Asia, Hand, Foot and Mouth Disease (HFDM) is a seasonal, symptomatic virus most common in the summer months. If you are travelling with young children under the age of 10, be sure they take good care of their hygiene and their health. HFDM most commonly affects young children and even young adults. Just don't share fluids with anyone.

Public toilets are generally very bare and sparse, so it's a good idea to carry some toilet paper with you. Nothing feels worse than being in a foreign country where you don't speak the language, alone, and without toilet paper.

Public toilets in many major cosmopolitan areas can a mix of the Asian squat style and Western throne style. However the more rural you go; the more likely it'll be a squat style. You might want to practice not sitting down before you head to South Korea.

You might want to pack some anti-bacterial hand sanitiser as well, as many of the public toilets will be without soap to wash your hands. 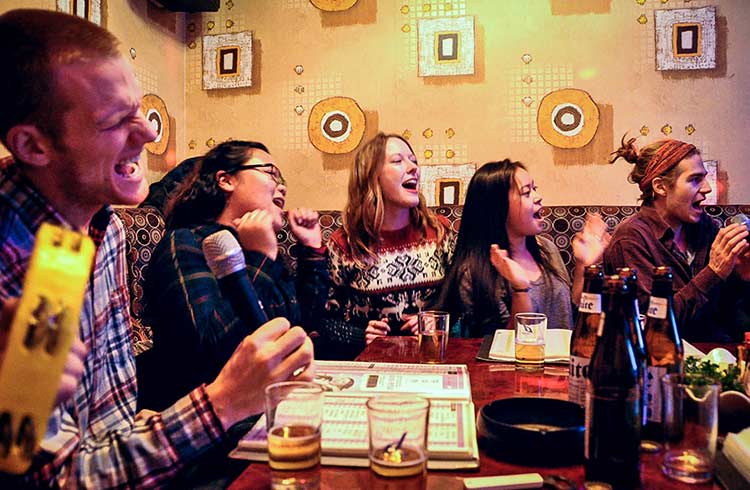 Katie and Ben from Two Wandering Soles share 16 things you shouldn’t do on your trip to South Korea. Don’t find out the hard way, know before you go.