What's happening in Australia? Get the latest on COVID-19 travel restrictions, border closures and lockdown information.

Which borders are open for international and domestic travel in Australia? – updated 14 April, 2021

Foreign travelers are not allowed to enter Australia unless they are Australian citizens or permanent residents and immediate family returning from abroad. The international borders remain closed until further notice. Travelers to Australia (including Australian citizens) must quarantine for 14 days at a designated facility in their port of arrival. (Some exemptions apply.) Travelers who have been in New Zealand for 14 days or more can travel by air to Australia and will not require an exemption or mandatory quarantine. A negative COVID-19 test result is required for traveling to or transiting through Australia unless you are traveling on a quarantine-free flight from New Zealand.

Individual states have their own restrictions in place for domestic travel. The Healthdirect Australia Restriction Checker is where you can find the most up to date information by state.

Australia was on alert for fires early this year, and now the attention has turned to severe weather systems moving across the eastern states of Queensland, New South Wales and Victoria, plus a cyclone alert (which has since been downgraded) for the Pilbara region of Western Australia.

In New South Wales, the regions of Sydney, the Central Coast and the Blue Mountains were soaked by between 200 and 400mm of rain from 9am Friday 7 February to 5pm Sunday 9 February. Emergency services responded to an incredibly high number of calls regarding flash flooding and landslides, and the wild weather caused transport delays in parts of the state.

Keep an eye on the Bureau of Meteorology for weather warnings and predicted rainfall, as heavy rainfall is expected to fall throughout the week.

Contact your travel provider if you are unsure how this may change your itinerary, and consider changing plans if any of your intended destinations have been affected by floods, or are expected to flood later this week.

The 2019–20 bushfire season in Australia

Australia has experienced an intense bushfire season. Fires have burnt 18.6 million hectares (72,000 square miles), destroyed more than 5,900 buildings and homes, and killed at least 34 people. The worst of the fires were experienced in the states of New South Wales, Victoria, Canberra and Queensland, but fires did happen across the country.

It's hard to grasp the scale of these fires, but it's important to note that while it looks like Australia is not safe to visit, it still is. The areas that were burning were mostly bushland – but the major cities of Australia are safe to visit, and so are many of the smaller towns along the coast. Now, more than ever, the towns that were affected by the fires are hoping visitors will return soon to get the communities back on their feet.

If you're setting off on an Australian road trip during the warmer months (November to March), before you leave any major city look at the weather forecast and the fire danger prediction. Check local traffic reports and see if any road closures might affect your route.

If you are traveling to Australia over summer, make sure your plans are flexible. Fires spread fast, and may cause the closure of main highways without warning.

Download the Fires Near Me app, and keep a close eye on fire danger levels. If roads are closed, buses are rescheduled, or trains are canceled, you will need to wait until the roads are open again. Contact your travel provider if plans have changed, or if you're unsure.

When total fire ban rules apply, read up on what you need to know here.

Listen to the advice from the Rural Fire Service (RFS), and watch out for 'Emergency' level fire alerts. Anyone with lung or heart conditions are urged to stay inside due to the heavy smoke haze. You can check the current and forecast air quality levels here.

It's been reported Jetstar staff will be conducting a series of strikes on beginning on 13, 14 and 15 December 2019. If you're an Australian or New Zealand resident with a travel insurance policy from World Nomads, find out how this may affect your coverage.

Fires have destroyed 150 homes and killed three people in NSW during a catastrophic weekend of bushfires on Australia's east coast.

Strong winds and temperatures nearing 104ºF (40ºC) are forecast for Tuesday 12 November 2019 in the Greater Sydney and Greater Hunter region of NSW – this includes the Blue Mountains and Central Coast regions.

NSW National Parks and Wildlife Service (NPWS) have announced national parks and reserves will be closed, including tracks, trails, campgrounds and picnic areas across the Central Coast, Hunter (including the Hunter Valley, Newcastle and Lake Macquarie), Mid North Coast (Coffs Harbour and the Big Banana), North Coast (including Byron Bay) and North West of NSW from Monday 11 November 2019 until further notice.

If you are currently traveling in an area that has a catastrophic warning, stay up to date with the NSW Rural Fire Service – download the app, sign up for alerts or notifications and if you see smoke, call 000.

This is not the time to pack the campervan and head up the coast. Delay any camping trips or road trips in NSW or Queensland until the threat of fires has died down. This may take up to a week, so be flexible with your plans.

Due to bushfires in the Tjoritja/West MacDonnell National Park in the past two weeks, sections 2 - 11 of the Larapinta Trail are closed until further notice due to damage to the trail, surrounding vegetation and signage. This affects locations such as Ormiston Gorge, Standley Chasm and Serpentine Gorge.

National Park staff are about to commence assessments and repair work to ensure the trail is ready for the 2019 walking season. It's advised that those who plan to walk the trail this season to be skilled with topography map reading, using a compass and GPS due to the fire damage.

Travelers must follow all local warnings and closure signage. Do not enter fire-damaged areas.

For more information on current conditions and how to plan your walk, please check out the Northern Territory government website and Larapinta Trail

Bushfires are currently impacting parts of southern Tasmania. Authorities have issued fire warnings and evacuations are in place for some towns. Some roads may be closed as firefighters battle to get the fires under control.

The Tahune Airwalk has sustained significant damage and will be closed until further notice.

Bushfire advice warnings have been issued for the following locations:

If you are traveling around Tasmania, check with authorities for more information before traveling to any destination, follow any official warnings and listen to local news reports to monitor the situation.

Category 2 Severe Tropical Cyclone Oma is located approximately 710km northeast of Brisbane, moving slowly at 5.5mph (9kph). Meteorologists from Australia's Bureau of Meteorology predict that the cyclone will weaken over the weekend (23-24th Feb), downgrading to a low-pressure system. Despite the cyclone not making landfall, its proximity to the coast will bring heavy damaging surf conditions, rainfall, very strong winds and coastal erosion.

Hazardous surf conditions and gale force wind warnings have been issued from Queensland's Capricornia Coast (Seventeen Seventy) right down to Coffs Harbour, on the NSW mid-north coast. Lifesavers have closed beaches along the coast and have been warned people not to enter the water.

Moreton Island and North Stradbroke Island ferry services have significantly reduced or canceled due to the large swell. Please check with ferry providers before traveling.

Those living on the Gold Coast, Sunshine Coast and in Brisbane, particularly those near waterways or coastal locations may experience localized flooding due to heavy rainfall and tides. Travelers should take care when driving on roads in affected locations and obey all road signage and traffic control in place.

Check with authorities for more information before traveling to any destination, follow any official warnings and listen to local news reports to monitor the situation.

Townsville experienced widespread flooding due to a monsoonal weather system that has inundated the city with a year's worth of rainfall in a week. Many highways and roads in surrounding areas are still cut by flood waters.

Local authorities have reported cases of the contaminated soil and waterborne disease melioidosis, which has claimed the life of one person and hospitalized several others in intensive care.

If you see flood waters as you are driving towards Townsville and surrounding regions, do not attempt to drive through. Obey all road closure signs. For more information, please visit the Townsville City Council Emergency Management Dashboard.

Follow any official warnings and listen to local news reports to monitor the situation.

Category 3 Cyclone Owen is currently making its way southeast in the Gulf of Carpentaria towards Queensland from the Northern Territory. The Bureau of Meteorology reports that Owen will intensify to a category 4 when it makes landfall in Queensland, packing wind gusts of 140-175mph (225-279km/h).

Cairns and other towns in Far North Queensland and as far south as Mackay and the Whitsundays Region will be impacted by strong winds and heavy rain with the risk of flash flooding. Authorities have placed a flood watch as far south as Rainbow Beach and are strongly advising people to move to safety such as an evacuation center or out of the impact area.

Dozens of flights, on all carriers flying in and out of Sydney and Melbourne, have been delayed or canceled due to strong winds currently impacting the east coast of Australia. Sydney Airport is currently functioning on one runway and several flights have had to abort landings for safety reasons. This will have follow-on effects across the country.

Please check with your airline (domestic and international flights) or more information.

NSW Rural Fire Service and Newcastle Airport report that there are traffic delays and road closures near the airport due to a bushfire burning nearby in Campvale and Salt Ash including near the runway. While the airport remains open, passengers are strongly advised to make sure they take extra time to get to the airport in case of delays. There are also issues with cell phone reception in the area.

Incoming flights from Sydney or Melbourne may be impacted by the strong winds currently affecting those two cities causing delays and cancellations. Check with your airline before departure for more information. Listen to this episode and discover the Australian state punching above its weight and the sporting code going viral . 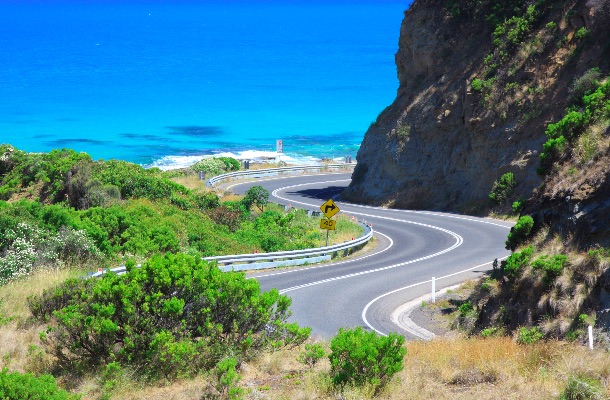 Planning a road trip along the East Coast of Australia? Raquel Furtado shares her top tips on things to see and do between Melbourne and Cairns.