Andrés on assignment in New Orleans

As the winner of our 2013 Travel Film Scholarship, Andrés traveled to New Orleans to capture its unique culture and rich traditions.

Andrés' filmmaking assignment was to film and edit the untold stories of the New Orleans Mardi Gras.

Katrina Beyond the Media

Arriving in the place where everything happened makes me truly understand how huge the devastation was, but also allows me hear personal stories of people who was here during the hurricane.

Such is the case of Bernard, who decided to stay in the city after making sure that his family, already evacuated, was safe. He needed to fight for his house, the home he built that was his life. When Katrina hit the mouth of the Mississippi, the levees (especially built for keeping the city dry) didn´t work as they should. The rest is an already known story. Bernard was at his house when the city lost power, water supply, telephone signal. Many people evacuated but those who stayed - they were now in land of nobody. The Krewe of Tucks

Our fourth day in New Orleans was just insane. Everything started around 11am, when after an hour of waiting for a cab that never arrived, and with only one hour left to reach our float, we decided to pick our gear and jump in to the street. “Our float”? Yeah! The trip included an amazing surprise: spending an entire day riding one of the Mardi Gras parade floats with the Krewe of Tucks! There are thousands of people looking for this presents (called "throws"), and they all have been waiting for the floats for the last year - so they get pretty excited. And being up there on the float, with the power of making them all happy, is just an incredible and unforgettable experience. On our sixth day in New Orleans we had the great pleasure of meeting the Red Flame Hunters, one of the most unique Indian tribes of New Orleans. “Every tribe has the same line up of people, they have all the same positions. But we are the only kids tribe that I know right now, we are the only tribe of kids, and thats amazing”, says Justin, the Big Chief of the gang. His pride for his tribe oozes out of every single one of his pores. As part of the Red Flame Hunters, Justin has been taught not only the respect for his roots and traditions as an Indian, but also for his mates and the community. It is a long journey to become a Big Chief, and he knows that besides it being a big honour, it is also a huge responsibility.

Mr. Ed Buckner is the mentor of the kids. He does an exceptional job of not only organising their work but also acting like the father they don´t have in every way. Most of these kids come from families with few resources in which their mothers are in charge of everything, and work long hours that don´t allow them to be with their kids as much as they would like to. Instead of leaving the kids to their own devices, the Red Flame Hunters provides a safe environment and an amazing life school. “It´s a blessing to be out on Mardi Gras day, to show everybody all the work that you have done over the year.", says Justin. 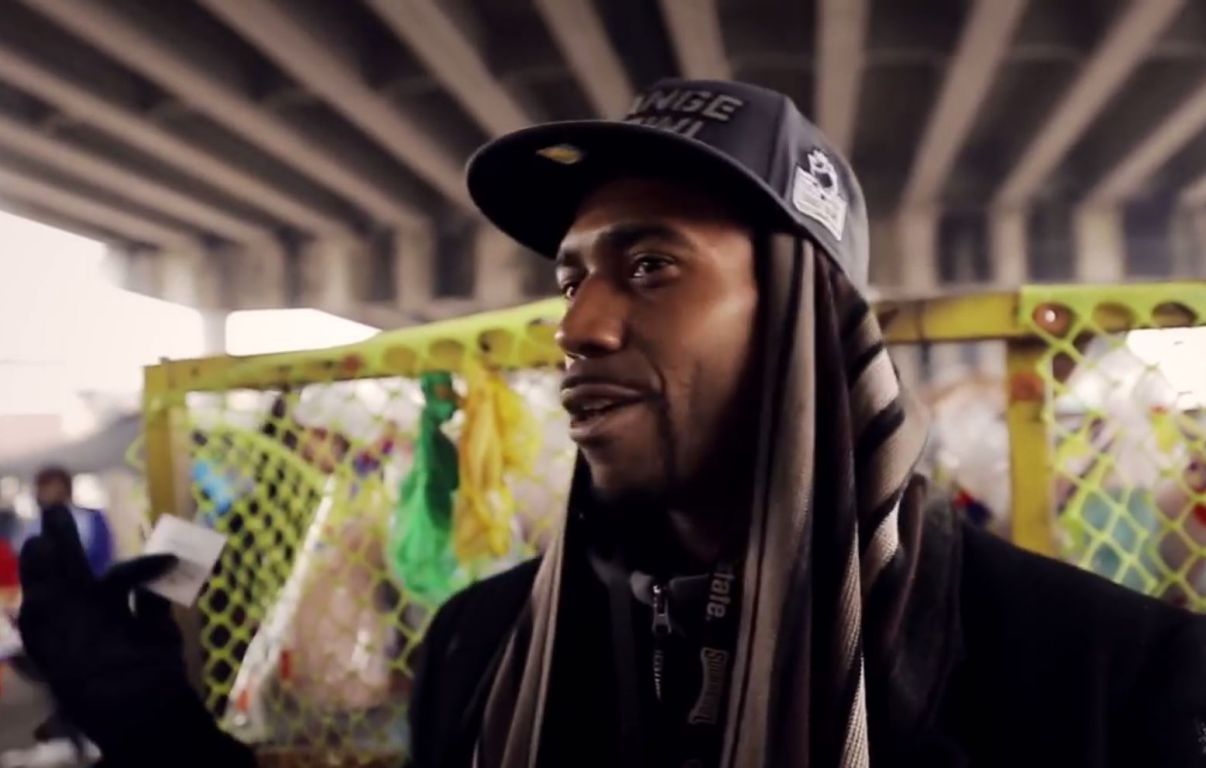 Andrés won a 10-day all-expenses-paid trip to New Orleans and was mentored by professional travel filmmaker and director Brian Rapsey. Not only a great stylist – Andrés' delivery & energy are disarming and his solo-operating style gives an incredible sense of excitement and immediacy to his winning film.