5 Things I Wish I Knew Before Going to Angola

After years of civil war, Angola is largely undiscovered by travelers but it has so much to offer. Here are five things you should know before heading there.

The markets are a great way to experience local life. They are also good spots to pick up handcrafted goods and taste the local cuisine including funge, which is a cassava based pudding dish usually served with condiments and other dishes. Some of the markets worth checking out include the Tunga N'go market in Rangel, Benfica markets just south of the capital, Luanda and Feira de Artesanato market (which operates every first Saturday in the month).

Bargaining is encouraged and you should usually aim for one-half to two-thirds of the original price.

For nature lovers, Angola has something for everyone. The south coast is a great spot for whale watching, scuba diving and other water based activities. Near Luanda and Ambriz, surfers can find fantastic spots to catch a wave. Don't miss out on Kissama National Park (Angola's only functioning national park), where you can spot African elephants, giraffe, zebra, sea turtles and an abundance of wildlife.

3. Book Your Accommodation in Advance

You might hit a roadblock if you're trying to book a hotel in Luanda, as they fill up a few months in advance. Try to plan your trip as far ahead of time as possible.

4. Cash is King in Angola

Travelers are advised that the local currency, the New Kwanza (AOA) is the best way to pay for things. Major hotels do welcome payment by credit card. US dollars are also accepted widely across the country. There are no ATM's in Angola so you will need to bring enough money to exchange for your trip. Change your money with street vendors (the licensed ones have their ID around their neck) as they are likely to give you a better rate. You can change money in banks, however their rates are generally lower.
You can take the value of 50,000 AOA (US$160) in and out of Angola however you may find it difficult to exchange outside of the country so spend up while you're there. You also can't exchange AOA back into USD in Angola.

If you're into ancient history, Angola has some great spots where you can see examples of prehistoric events and art. One such place near the coastal town of Namibe is Tchitundu Hulu, which features some of the most spectacular examples of prehistoric in-situ rock art dating back 20,000 years. Many of the paintings feature wildlife, people (some even show when Europeans arrived) and sacred geometric symbols. Best to grab a guide before you go as finding it can be a challenge. Hygiene Tips: How to Stay Healthy in Angola

Find out how you can stay healthy and avoid common diseases in Angola with these tips. 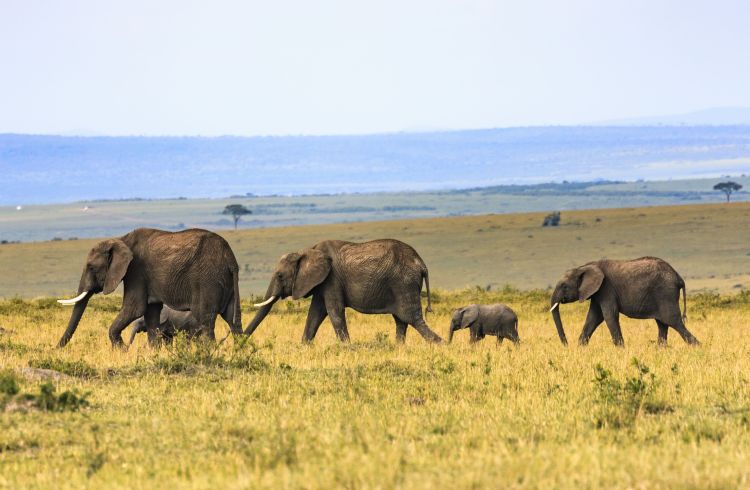