Cuba has a great diversity of endemic wildlife species, particularly when it comes to birds, reptiles, and marine life. Our local insider Annika explores some of Cuba’s best wildlife destinations.

Cuba has a wide range of unspoiled habitats, from densely forested mountains and expansive wetlands to some of the most pristine coral reefs in the Caribbean, as well as two of the region’s most important sea turtle nesting sites.

The largest wetlands in the Caribbean, the Zapata Swamp is a tremendously diverse ecosystem, home to many hundreds of species of birds, reptiles, and other wildlife.

With luck, you might spot endemic species such as Cuba’s national bird, the Cuban trogon, or the world’s smallest bird, the bee hummingbird.

The endangered Cuban crocodile can be seen at the Guamá Crocodile Breeding Farm at Laguna del Tesoro.

The remote, undeveloped Guanahacabibes Peninsula is home to diverse wildlife, including endangered green and hawksbill turtles, which come ashore to nest on the white sand beaches between June and November.

Maria La Gorda makes a good base for exploring the terrestrial attractions of Guanahacabibes National Park, as well as diving the gorgeous coral reefs just offshore.

Located in Cuba’s humid east, this national park is widely considered the most biologically diverse part of the island.

Wildlife found in its lush rainforests includes the world’s second-smallest bat and the smallest frog in the northern hemisphere.

The easiest way to visit is on a day trip from Baracoa. Exploration without a guide is not permitted.

The park is easily reachable on a day trip from nearby Trinidad and has an extensive network of hiking trails.

Along with Guanahacabibes, Cayo Largo in the Canarreos Archipelago offers the best chance in Cuba to see endangered sea turtles.

Its white sands draw nesting loggerheads between April and September, as well as green and hawksbill turtles from June through November.

6. Pico Turquino and the Sierra Maestra

Wildlife includes tiny frogs, butterflies, and as always, an abundance of birds.

A guide is required for climbing Pico Turquino.

Much of the area is devoted to agriculture, especially tobacco, which is still cultivated using traditional methods.

Trails through the valley provide opportunities to see a variety of birds, including the bee hummingbird.

Located inside the Sierra del Rosario Biosphere Reserve, the eco-village of Las Terrazas was built as part of a reforestation project in 1968.

Footpaths through evergreen and semi-deciduous forest offer excellent opportunities to view around 800 species of plants and well over 100 bird species.

Some of the best diving and snorkelling in Cuba can be found in the clear waters around this string of small islands off the north coast.

A large seasonal colony of flamingos, as well as reptiles such as turtles, crocodiles, and iguanas can be seen among the mangroves and lagoons on Cayo Coco. From Las Terrazas to Pan de Guajaibon, here are Western Cuba’s best outdoor adventures and hidden beaches for you to explore. Find out where to go trekking, climbing, zip-lining, and horse-riding through this UNESCO World Heritage-listed hidden gem. 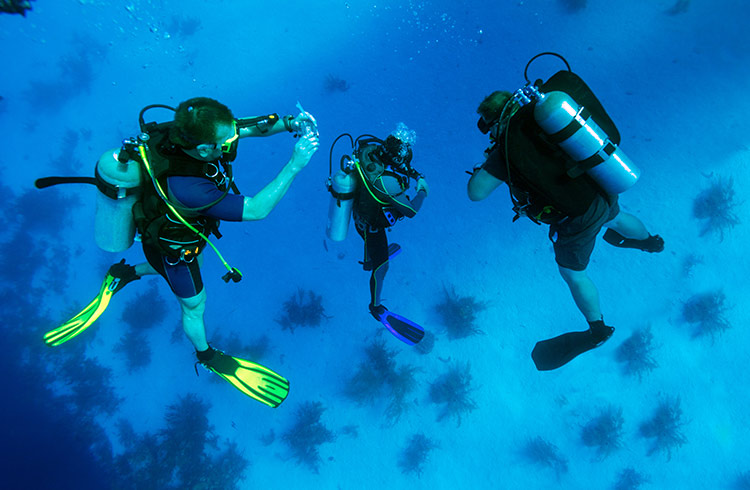 From the Bay of Pigs near Havana, to Cayo Coco on the northern coast, here are five of the best scuba diving spots in Cuba.