Japan Travel: Top Things to See and Do in Tokyo and Kyoto

Bill Fink shares his tips on the best sights and experiences in Japan's busy capital city, Tokyo, and its historic ancient capital, Kyoto.

Japan recently re-opened for independent tourists following a nearly two-year shutdown during the COVID-19 pandemic. Having visited the country many times previously, I was eager to see to what extent the travel experience had changed.

On my recent trip, I visited Kyoto and Tokyo, both independently and on a group tour with Intrepid Travel. If you’re a first-timer to Japan, joining a guided tour can be a helpful introduction to the country and the practicalities of getting around.

But independent travelers need not fear: Japan travel is very doable even if you don’t speak Japanese. Signs typically have English text along with the Japanese. Most big city hotels and attraction staff speak some English, and tourist information centers are plentiful. And if all else fails, I’ve found if I simply stand on a street corner and look confused invariably someone will come up and offer to help..

Japan is a safe country in general and the infrastructure is impeccable – trains and buses are amazingly punctual, connecting you to nearly everywhere you’d want to go. Japanese focus on safety has people continuing to wear face masks on the streets and indoors with near uniformity, and visitors are expected to conform to the latest standards.

With the recent reopening, as well as the weakness of the Japanese Yen making the country more affordable than it has been for decades, the question isn’t whether you should go, it’s what to do when you get there. Here are my tips.

Tokyo is one of the world’s largest cities, which makes it a fascinating but potentially intimidating destination. But you’ll find, as I did, that transport is manageable. The city’s rainbow spaghetti-map of subway lines becomes easily navigable given its color codings, English-language signs, and a high frequency of trains to backtrack even if you make a misstep. Buying a one-day or multi-day unlimited pass can make your travels easier, as does a Japan Rail Pass for cross-country transport – but keep in mind the Japan Rail Pass only works for a small segment of Tokyo’s subway lines.

These are the three sites and experiences I recommend if you have limited time to explore.

Get an overview at Shibuya Sky Observatory

To get a feeling of Tokyo’s massive scope, ascend one of its towering viewpoints. Since 1958, the iconic red and white Tokyo Tower has been providing views from its nearly 500ft (150m) Main Deck, and more recently from its 820ft (250m) Top Deck. Tokyo Sky Tree ups the ante with 1,150 ft (350m) and 1,476ft (450m) viewing decks. But for my money, the best Tokyo viewpoint is from the Shibuya Sky Observatory.

While only 750ft (229m) high, the viewing platform on the 46th floor lets visitors peer directly over the world’s busiest pedestrian intersection and observe the teeming mass of humanity hustling through Tokyo. Pandemic restrictions, which had severely limited visitors, are being relaxed, but I’d still recommend buying a timed ticket in advance to ensure entry to any of these observatories.

Tokyo is dotted with shrines and temples, many of which are well worth visiting. But if you just have one free day in the city, be sure to visit the Sensoji Temple in the Asakusa district. A towering gate with a massive hanging lantern and frightful statues marks the entrance to the temple complex, highlighted with a five-story pagoda and the active shrine with monks chanting throughout the day. Both casual and serious worshipers toss coins in the collection boxes and bow and pray, wafting incense upon themselves for good fortune. A busy pedestrian mall of souvenir shops lines the parkway leading to the inner shrine.

Even on the early days of post-pandemic reopening, Sensoji was packed with visitors in a mid-day rush. So, if you’d like to snap some unobstructed photos and enjoy some peace, visit early (before 8am) when the area is nearly deserted, although the surrounding shops won’t open until later.

Grab a bite to eat near Tsukiji Fish Market

Tokyo is justly famous for its food scene, with 12 restaurants earning three Michelin stars. But you don’t need to be a high-spending gourmet to enjoy the city’s riches. Simply wander the side streets near at the Tsukiji Outer Fish Market (the old inner market has been relocated to the adjacent district). Street vendors offer every imaginable variety of seafood: grilled eel, giant fresh oysters, sushi rolls, fish stews, dried squid jerky. Visitors need only to point at something that looks tasty (or at least interesting), with no language needed beyond a smile and a few hundred yen (less than US $10) for most snacks. Wash it down with cups of sake for a walking immersion into Japanese street food.

One fun and educational foodie activity is to take a sushi-making class in Tokyo, Many tour operators can get access to a chef and the ingredients to educate you on the deceptively difficult skill of creating an apparently simple sushi roll.

Modern Kyoto has an extensive bus and subway system connecting historic sites, with plenty of high-rise hotel options for lodging as well as traditional Japanese ryokans. Dining can be as simple as stopping in a train station café or street side restaurant for a piping hot bowl of ramen or affordable sushi rolls, or you can try a traditional kaiseki meal of exquisitely prepared small plates that are presented like edible artwork.

Dozens of historic sites fill Kyoto, but if you just have a day or two, I’d recommend visiting these three.

Built in 1603, Nijo Castle was home of the first Shogun ruler of Japan. Nowadays, visitors can tour the interior and exterior of this UNESCO Heritage site to get a feel of Japan’s centuries-long feudal era. The tatami-mat-lined rooms feature shining golden illustrations painted on rice paper screens; some are filled with life-size figures in traditional garb representing historic scenes. Along garden pathways local vendors sell roast chestnut treats and artisanal bottles of sake.

This hugely popular site is best visited early on weekdays, as even in the first days of post-pandemic reopening the castle was packed with mostly Japanese tourists – the expected rush of foreign returning visitors may make it a requirement to buy tickets in advance.

Meditate at the Ryoanji rock garden

There’s no consensus on the true meaning of the 15 stones arrayed in the world’s most famous sandlot, the 32x82ft (10x25m) meditation garden at Kyoto’s Ryoanji Temple. Some say the rocks represent a tiger and her cubs swimming across a river of raked sand, others say the scene is of mountain peaks poking from swirling clouds. But whatever the stones signify, this Zen Buddhist site is a worthwhile destination in which ponder the mysteries and beauty of nature and the universe.

But given the site’s popularity and the jostling of folks trying to get the perfect angle to photograph every stone at once (impossible from ground level says the guide, as one will always be hidden from view), it’s best to visit the site early in the morning or near closing time. Or if the viewing platform is too crowded, take some time to tour the rest of the temple’s scenic gardens and architecture.

Hike the 88-temple path at Ninna-ji

While the distinctive, bright red torii gate-lined paths at Kyoto’s Fushimi Inari shrine get most of the Instagram fame (and crowds), I’d recommend Kyoto visitors with limited time to instead tour the Ninna-ji Temple. Ninna-ji’s main temple grounds feature a towering pagoda, chanting monks, and religious relics, but the true attraction for a tourist looking to escape Kyoto crowds is hiking the Omuro path of 88 small temples that line the hills behind Ninna-ji.

The Omuro 88 hiking path is modeled after a 750mi (1,500km) pilgrimage trail on the Japanese island of Shikoku. Kyoto’s version, built for those who couldn’t make the journey to Shikoku, can be done in an afternoon. Hikers are rewarded with a peaceful walk through a cedar forest, panoramic views over Kyoto, and maybe even some enlightenment as you stop for a moment’s prayer at each of the 88 mini-temples. During my visit, I only saw a handful of people on the trail, making it a relaxing escape from the crowds at more popular sites. 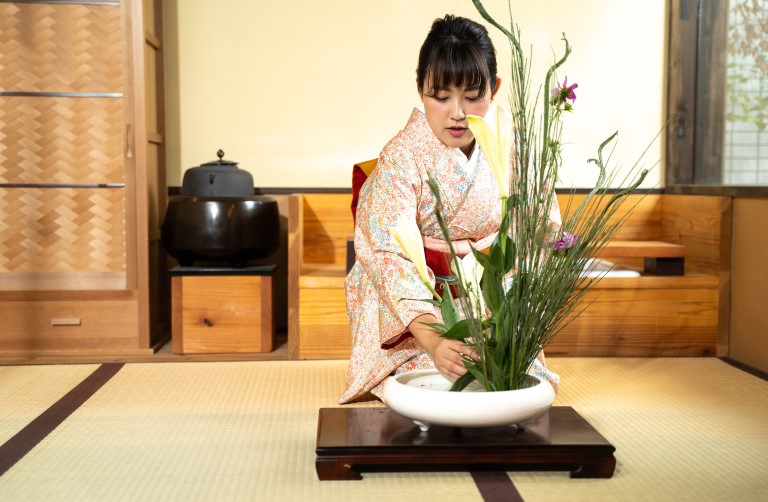 Beyond kitschy snake cafes and robot restaurants, Japan offers a range of more authentic, yet equally engaging experiences. Here are five that tap into the nation’s unique culture. 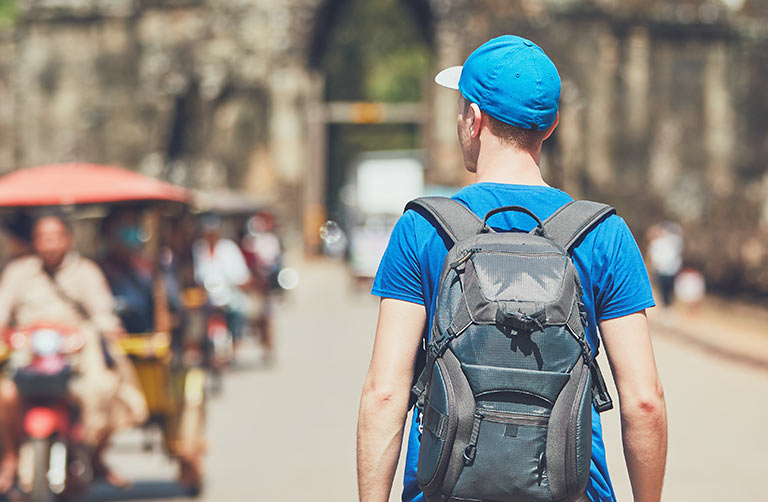 There's so much to explore when visiting Asia. We can help with travel insurance plans that have optional extras.