Katie and Ben from Two Wandering Soles share 16 things you should avoid doing on your trip to South Korea. Know the local etiquette before you go.

Some habits that are okay back home are completely taboo in South Korea, and won’t help you make new friends.

If you’re visiting South Korea for the first time, here are our top Korean etiquette tips so you don’t accidentally offend the locals.

While short-shorts and skirts are commonplace for women in Korea’s major cities, exposed shoulders and low-cut tops are still considered taboo most places.

Summers get hot in South Korea, so loose-fitting t-shirts are a good alternative to tank tops. And if you really can’t cover up that cleavage, be prepared for some not so pleasant looks – especially from older Korean women.

2. Accept and present things with both hands

Use both hands when accepting change or passing something at a dinner table. If you feel ridiculous handing a cashier a bill with both hands, try this: Place your left hand on the inside of your right wrist as you extend your arm with the payment.

3. Learn how to properly shake hands

When shaking hands, use both hands – or at least place your left hand on your right wrist for support. A slight bow of the head is also a polite gesture.

4. Keep your hands to yourself (at least at first)

While it’s not uncommon to bump a few elbows on a crowded street, South Koreans aren’t big on touching someone they don’t know. This means hugs and shoulder pats aren’t welcomed between strangers.

Once you’re in the friend zone, though, something as intimate as walking down the street while holding hands is totally acceptable.

Be prepared for complete strangers to ask your age upon meeting. I was completely surprised (and a little bit offended) by this question when I first moved to Korea. While this may be considered a rude question in your home country, it’s totally normal in Korean culture as it establishes seniority in a relationship.

Oh, and in Korea, you’re one year older than you think you are because everyone is born “one year old”.

Don’t you dare walk inside with shoes on (unless you want to be viewed as a disrespectful savage). Make sure to remove your shoes before entering Korean households, temples, and schools.

Often times, slippers are provided so you don’t need to be barefoot.

7. Don’t put your feet up on furniture

While we’re on the topic of feet, refrain from resting your tired tootsies on the chair across from you, no matter how tempting that may be.

We’ve learned the hard way! The bottoms of one’s feet are seen as “dirty”, so propping them up on furniture is a big no-no.

8. Wait to take your first bite

Typically, in dining situations, the most elder person will take the first bite. This signifies that everyone else can start eating.

9. Don’t pour your own drinks

It’s generally considered impolite to pour your own drink. If you’re eating with others, let them fill your glass, and return the favor.

10. Be careful with your chopsticks

After you’ve finished eating, be careful not to place your chopsticks upright in your bowl. This is said to look like incense at a funeral.

Instead, balance them across the rim of the bowl.

Yes, I know that gochujang (red chili paste) is spicy; but go against your instincts and refrain from grabbing a tissue. Blowing your nose in public is considered rude, especially while eating.

If that drip just won’t quit, politely excuse yourself and take care of business in the restroom.

12. Watch out for the number four

The number four is unlucky in Korea because it sounds similar to the word for “death”. You may notice many buildings don’t have a fourth floor, or it will be labeled “F”.

It’s also considered unlucky to give gifts in fours.

I was yelled at by a room full of students when I started writing one of their names on the whiteboard using a red marker. This is a bad omen, as dead people’s names are written in red.

14. Be careful with your hand gestures

When gesturing for someone to come over to you or when hailing a cab, be sure your palm is facing down and you move all your fingers in one sweeping motion.

Making this gesture palm-up, as is common in many countries, is insulting in Korea because it’s how they call their dogs. Don’t make that mistake!

Bathroom talk time: in Korean bathrooms, you’ll see a bin for toilet paper. Toss your toilet paper in this instead of the toilet.

This goes for feminine products too, ladies. The plumbing systems can’t handle the waste, so save yourself the embarrassment and do as the Koreans do.

Noraebangs (karaoke rooms) are super popular in Korea. They make for a great night out with friends or co-workers, as long as you follow a few basic (and common sense) rules.

You may be excited when you see the song but resist the urge to plug in the numbers for every Spice Girl song in the book. Select one, and let others have a turn before you choose another.

And on that note, don't hog the microphone – everyone is there to have a good time (and not just listen to you belt out the lyrics to your favorite tunes), so share the time in the spotlight.

Lastly, avoid songs that aren't upbeat. While ballads might be fun to sing in the shower, they’re not as entertaining in a . Trust us.

Want to know more about South Korea? Listen to the World Nomads podcast. Is it safe to visit right now? - How hikers might find themselves invited to a family picnic - Beyond barbecue (and the secret 'man food') - and how to score yourself the best value round-the-world ticket. 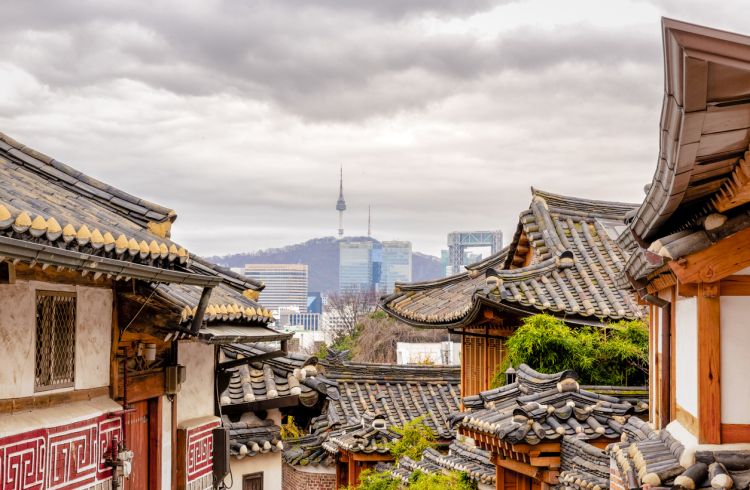