A Nomad's Guide to Seoul: Top Things to See & Do

From a web-like metro system to food with names that are difficult to pronounce, Seoul can be a tricky city to navigate – especially on your first visit. Ben and Katie from Two Wandering Soles share their top tips for first-timers in South Korea’s enticing capital city.

Once you understand the many layers and complexities of Seoul, the strong culture, distinct neighborhoods and tantalizing cuisine will draw you in.

Won (Korean Republic Won) is the currency used in South Korea, and cash is typically the payment of choice in small shops and restaurants.

Luckily, ATMs are everywhere in Seoul, and most accept foreign cards. In many hotels, department stores and fancier restaurants, foreign cards will be accepted no problem.

With 21 lines, the Seoul metro system can look overwhelming at a glance, but don’t be deterred. It’s the most convenient and affordable way to get around the city. Plus, all stops are written in English as well as Korean.

The one downfall of this public transportation system is that it closes early. If you plan to stay out late partying, you’ll need to call a taxi, because the metro only runs until midnight on weekends, and 1am on weeknights.

Where to Stay in Seoul

Seoul is a massive city, and is spread out into distinct neighborhoods. There’s plenty of accommodation – from budget hostels to luxury hotels, and everything in between.

Best Neighborhoods to Stay in Seoul

Hongdae: This young and lively university neighborhood is filled with inexpensive shops, restaurants and bars.

Myeongdong: One of Seoul’s major shopping districts, Myeongdong is the most popular neighborhood for tourists to stay.

Insadong: This neighborhood is centrally located and within walking distance of many of Seoul’s major attractions. Plus, you’ll find plenty of traditional shops, teahouses and restaurants.

Gangnam: This popular area caters to those looking for upscale restaurants, shopping and nightlife.

Itaewon: This district is a mecca for foreigners and expats, and boasts trendy restaurants and a popular nightlife scene.

Top Things to See & Do

There are plenty of things to do in Seoul – from the quirky and off-the-beaten-path to things you can’t miss. Here are some of the top attractions in Seoul:

Built in 1385, this palace is without a doubt the most iconic spot in Seoul. A visit to this important monument is well worthwhile. There are free guided tours in English three times daily (11am, 1:30pm and 3:30pm).

Important info: The Gyeongbokgung Palace is closed on Tuesdays.

Wandering through this village will make you feel as though you’ve stepped back in time. Traditional hanok houses dating back to the Joseon Dynasty look like they did in centuries past, and many are open to the public as cultural centers, teahouses, homestays and restaurants.

This urban “stream” of sorts is a nice place to people watch and rest your weary legs after a day of exploring.

This neighborhood is known for handicrafts, and is a great spot to pick up souvenirs like pottery, chopsticks and tea sets. You can also pop into one of the many traditional restaurants for lunch or relax at a teahouse.

A visit to the border between North and South Korea is an experience that makes it onto many itineraries. While it’s a fascinating thing to see and learn about from the source, be prepared for a tour to take half a day.

If you don’t mind the smell of fish, this seafood market is an interesting place to venture. There are even small restaurants inside where you can pick your fish while it’s still swimming, and have it prepared right in front of you (if you’re into that sort of thing).

For a 360-degree view of Seoul, visit Namsam Tower. You can arrive by cable car and view Seoul during daylight or after dark when the city is lit up.

Food is an integral part of Korean culture, and trying as many dishes as you’re physically able should be a must on your trip to Seoul.

There’s a seemingly endless amount of dishes in Korean cuisine, but these are some of the most popular (and most delicious!):

Samgyeopsal: Grilled pork belly served over open flame in the middle of guests’ tables. Typically eaten wrapped in a lettuce leaf with garlic and spicy sauces.

Kimchi Jjigae (kimchi stew): You’ll likely have kimchi at many meals in Korea, but be sure to try this spicy soup made with tofu, pork, onions and kimchi, of course! Served with rice, this is a hearty winter meal.

Bibimbap: Literally translating to “mixed rice”, this dish is a bowl of rice topped with sautéed seasonal vegetables and beef, then topped with gochujang (chili paste) and an egg.

Kimbap: The Korean version of sushi, these seaweed-wrapped rolls can be made with a variety of ingredients. They are typically very cheap and filling, so they’re a great meal if you’re traveling on a budget.

Dalk Galbi: Chicken, stir-fried with vegetables and rice cakes in a spicy chili-pepper sauce. This is one of our all-time favorite Korean dishes!

Bingsu: Korean shaved ice dessert topped with condensed milk. If you want to get a traditional flavor, you can try one with sweet red beans or you can play it safe with mango (our favorite!) or chocolate. Tip: This dessert is meant to be shared!

Soju: Clear vodka-like liquor that’s around 20% alcohol and is very cheap. This wildly popular beverage is available in original and fruit flavors.

Tip for vegetarians: Though traditionally made with meat, bibimbap, kimbap and kimchi chigee can typically be made vegetarian.

Made famous by Psy’s popular “Gangnam Style”, Seoul’s nightlife is worth checking out. There are many districts around the capital city known for staying alive after the sun goes down, and each has its own unique personality.

This college neighborhood is lively on the weekends and has hundreds of bars and dozens of clubs to choose from.

Hongdae is known for affordable cover prices (around 10,000 won) and cheap drinks, and you’ll find a good mix of Korean college students and travelers in this nightlife area.

If you’re in Seoul the last Friday of the month, don’t miss Hongdae’s “club day” where you’ll pay just one cover charge and have access to just about all the clubs in the neighborhood.

This is the nightlife area made famous around the world by Psy. It’s a bit more upscale than Hongdae, and you’ll find fewer foreigners here.

If you’re looking for a classy night out on the town and have money to spare, Apgujeong may be the place for you to party. Home to some of Seoul’s nicest clubs and lounges, the parties here last until the sun comes up!

Geared toward foreigners, this popular nightlife district might feel more like home than Korea. Unless you’re craving a bit of familiarity, we’d recommend choosing a different area to get your drink on.

Things to Know Before Going to Seoul

There are a few things we wish we’d known before visiting Seoul for the first time. We’ve rounded up a few tips so you know what to expect and aren’t surprised by some of Korea’s quirks like we were!

1. Personal Space is No Longer Personal

While walking on crowded streets, expect a few elbows to your ribcage. At first I took this personally, but soon realized that it had nothing to do with me. It’s just how people navigate crowded areas in Korea.

2. That Button at Your Table is to Call Your Waiter/Waitress

You may notice a doorbell-like button at the tables of many restaurants. It’s meant to alert the server when you need something – a soju refill, more food, the bill. So, “ding-dong” away!

Korea has a no-tipping culture. Taxi drivers, waitresses and hotel staff do not expect any extra won.

This clear, vodka-like liquor is incredibly cheap and wildly popular in Korea. If you drink alcohol, you should definitely give it a try, but beware: It’s around 20% alcohol, and can be deceivingly strong.

If you’re not careful, you’ll wake up with a soju hangover. Been there, and it ain’t pretty!

Tip: Original soju has been around for centuries, but in recent years, flavored soju has been introduced. There are tons of fruity flavors to choose from, but grapefruit and pomegranate are two of our favorites! 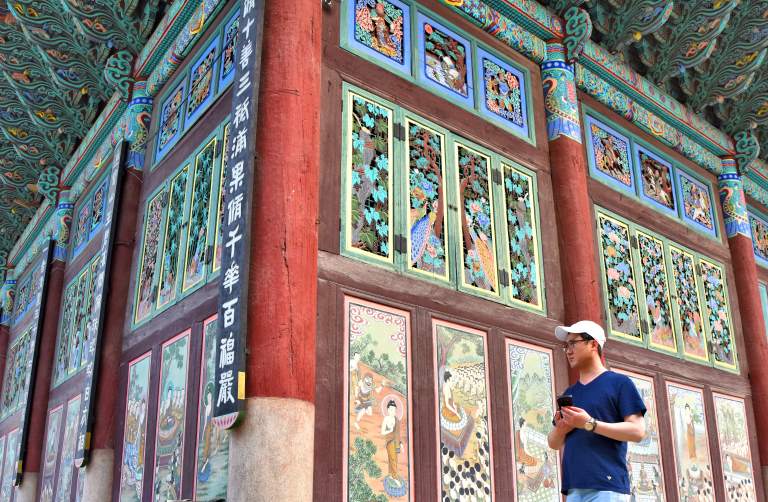 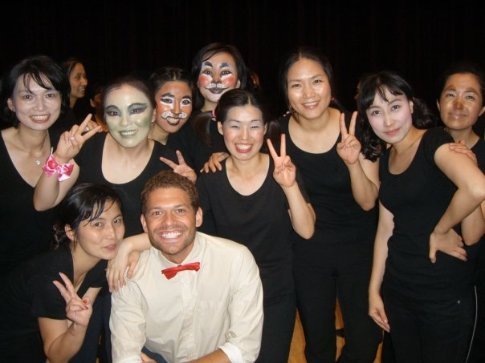 South Korea: A Glimpse into the World of Edutaining

Considering doing a stint overseas in teaching, or a working holiday? Here's why you should consider edutaining in South Korea.