5 Things I Wish I Knew Before Going to Russia

Planning a trip to Russia and not sure what to expect? Maddison Clarey tells us five things she wish she knew before going to Russia for the first time.

Even after you’ve worked out your rubles from your euros, there’s still a lot to wrap your head around with the Russian currency.

They’re slowly working their way into a cashless economy like many other parts of the world, but there’s still a long way to go.

Cards are still not accepted in a wide range of businesses, so it’s a good idea to always have some cash on you wherever you go. You should also be aware that prices are often higher if you’re a foreigner, particularly in touristic places, such as the Red Square.

Easily the best way to get around both Moscow and St Petersburg is the metro. It’s the largest urban metro system in the world, and relatively easy to navigate if you pay attention.

Most signs and announcements for stations are in Russian, so it’s not always easy to tell what station you’re at. Fortunately, there’s an app available, the Moscow Metro Route Planner, which is easy to use and track as you move, telling you when your station is coming up and when to get off.

Also, during peak times the metro stations turn into the pure chaos of one enormous Russian hurry. Stay to the right and out of people’s way while you navigate the station and I promise you’ll make it out alive.

The Russian people are known for being a little bit blunt. And while it may seem like they’ve never seen a functional queued line in their lives (expect lots of personal space invasions, pushing, and angry shouting Russians), it all just comes down to cultural difference.

In Russia you’ll get the sense that smiling in public will get you labelled potentially insane. Friendliness to strangers in public is considered an Americanism, and ultimately an insincere gesture.

Russians are quite friendly people in private to their friends or people they know quite well. If you’re interested in making some life-long Russian friends, it is possible, but you’ll just have to break down a few walls first.

Respect is paramount in Russia. Most locals won’t understand the gently mocking sense of humour you might be used to back home – so it’s best to leave that at the airport.

Additionally, don’t put your hands in your pockets in churches and the Lenin Mausoleum, and try to adopt a more sombre tone to your voice, keeping it low and respectful at all times.

Similarly, the elderly are extremely respected in Russian society, so expect to have a little headscarved babushka (grandmother) push in front of you in queues, and demand your seat on the metro. Just go with it. No one will take your side in that argument.

In the major cities, you can find every kind of food you’d expect elsewhere in the world. But, it’s definitely worth tasting some of the traditional national dishes.

For something to drink, ask for a kvass (a rye based beer-like non-alcoholic beverage) and kissel (a thick fruity concoction served as a drink or dessert). 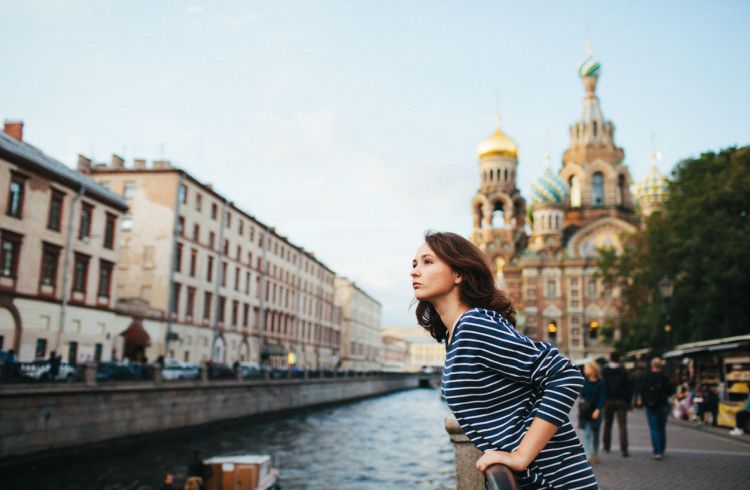 Corruption & Discrimination in Russia: How to Stay Safe

Russia is slowly becoming a more tolerant and progressive society, but discrimination and corruption are still major issues travelers may face. What you need to know about bootleg vodka, drink spiking and why you should avoid getting too intoxicated while enjoying a night out in Russia. How to Stay Healthy and Safe in Russia

It's important to be aware of any possible health risks before you go to Russia. Being safe is being prepared.