Mexican border towns have far more to offer than their reputation would lead you to believe. Former drug-war correspondent Joseph Furey shares the charms of Tijuana, Popotla, and Cuidad Juarez.

Given the scaremongering that has accompanied recent calls for The Wall to be built along the US-Mexico border, one might be forgiven for thinking that the towns south of that line must be no-go zones, with nothing to offer the traveler but villainy and violence. But the truth about Mexico's border towns is a more complicated beast.

Take a peek behind “the tortilla curtain” and you’ll encounter a wealth of food, art, and culture that it’s hard to believe you tried living without. But as a former drug-war correspondent, whose patch was all 1,954mi (3,145km) of the border, I know only too well the area has its challenges. With that in mind, I can recommend the following destinations in good conscience, but with a caveat – if you break the law in Mexico, the law may not prove to be your biggest problem.

Popular with American debauchees during the Prohibition era, and recently blighted by drug-cartel violence, Tijuana, like a lot of Mexican border towns, has been roundly used and abused. But its search for a new identity, as part of a bilingual cross-border tech hub with serious cultural cred, has paid off. On the southern side of “the busiest border crossing in the world”, it sees itself as San Diego’s strategic partner, not its poor relation. Its downtown pasajes, once boarded-up, now teem with murals, studios, galleries, and independent stores; and I guarantee that there’s no city of remotely comparable charm where you can eat and drink so well for less.

My perfect Tijuanense day would involve: a “Black Harder” tostada, a local specialty made with sole marinated in squid ink, washed down with a mezcal cocktail; catching a Latin American arthouse flick at Cine Tonalá; getting ringside for a little Lucha Libre wrestling at the Auditorio Municipal de Tijuana; and then cheering on the Zonkeys, the local basketball team (which take their name from the donkeys painted like zebras that still mournfully line the city’s streets, waiting for someone from 20 years ago to ask to be photographed with them as a souvenir).

Just outside the spring-break hot spot of Rosarito, a 35-minute drive south of Tijuana, is Popotla, a cheerfully anarchic fishing village that sits in the shadow of Baja Studios, the oceanside movie lot that was built by Twentieth Century Fox for the filming of Titanic. Seafood stands and raw bars pepper the beach. Don’t leave until you’ve eaten your bodyweight in pismo and pata de mula clams, kumiai oysters, and live sea urchin. A nudge further south is K-38, aka El Morro, a year-round surf spot, and one of the more testing and most consistent waves around. A few more miles on from there is Puerto Nuevo, or “Lobster Village”, where a dozen or more restaurants serve pan-fried langosta with beans, rice, and flour tortillas.

Mexico’s second-largest state, Sonora is also its least explored – and its border area is where the merely undiscovered takes a startling turn for the peculiar, if not downright alien. Covering close to 2,760mi2 (7,150km2), and one of the driest places on earth, the El Pinacate and Gran Desierto de Altar Biosphere Reserve and World Heritage Site is a place of high – and low – drama, a combination of dormant volcanic landscape and active sand dunes whose peaks and craters are home to a remarkable variety of fauna and flora, including the pronghorn antelope and the elephant tree.

They are also home to lots of stories. When I was last there, based in Puerto Peñasco on the north shore of the Sea of Cortez, I was told that, in January 1969, locals had partied with the Apollo 11 crew, Neil Armstrong, Buzz Aldrin, and Michael Collins, and the astronauts had sampled bootleg bacanora, a mezcal-like liquor. A late friend, Gustavo Menéndez, a cornettist who played at the party, carried a fading photo of the occasion in his wallet, like an icon. NASA has confirmed that the reserve, on account of its otherworldly appearance, has been used several times for moon-landing training, but wouldn’t give specifics.

It’s always worth keeping an eye on the weather in Sonora, for when the rains do come, the reserve erupts with color: verbenas, poppies, lilies, and the parasitic plant sandfood (Pholisma sonorae), an important part of the diet of the Hia C-eḍ O'odham people living in the region.

Reporting on the drug war in 2010, I was based in Juárez for three months at the height of its cartel violence, when it was declared “the murder capital of the world”. It was heartbreaking to see the city that was once considered El Paso’s better half brought to its knees. Just as it’s been enormously gratifying to watch it piece itself back together over the last 10 years, tackling corruption, extortion, and holding open trials, so journalists no longer have to live in fear of doing their job properly, and children can play in the streets.

Juárez’s patient rebuild can’t hold a votive candle to Tijuana’s reinvention of itself, but the city has had enough upheaval in recent years, and slow and steady suits it better. The Historic Downtown Urban Development Master Plan – to give it its full title – has done much to restore historic buildings and revitalize the tourist and business districts that were ravaged by the violence. For many, the appeal of visiting Juárez is to say that you have done so; its bad reputation has its own perverse credibility. But, as long as you stay away from the more troubled colonias, it’s now possible to visit without coming to any harm. If you’re still in doubt, let The Curious Mexican or Juárez Walking Tour lead the way.

It should go without saying that there’s more to the city than its grisly recent past. Whenever I’m in town, I pay my respects to the Flores Magón brothers, my favorite anarchists, at the Museo de la Revolución en la Frontera; I lunch on morcilla blood sausage and a torta filled with colita de pavo, or “turkey tail” meat; and I down a few sotols (an alcoholic drink made from the sap of the Dasylirion desert plant, which is native to Chihuahua). 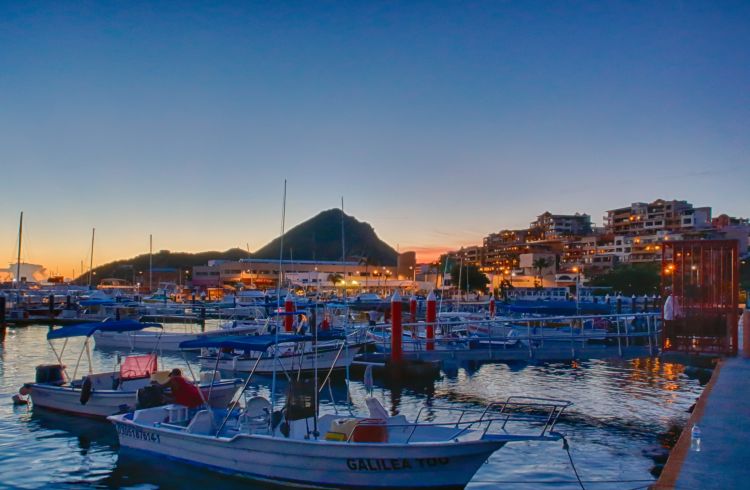 Traveling to the Baja California Peninsula? Here's how you can stay safe in Cabo San Lucas, Los Cabos and Tijuana. Food, Wine, and Surf: The Rebirth of Mexico’s Baja Norte

The northern half of the Baja Peninsula is having its day in the sun. Discover Tijuana’s thriving food and art scene, the Valle de Guadalupe wine country, and surfing and hiking spots near Ensenada.