Hidden Inspiration For Your Next Travel Destination

In a lottery of last words you quit your job, sold your car and stuffed your parent's attic with wonky boxes. Now where do you go?

Your best friend recommends Australia. His girlfriend argues South Africa. Her sister demands Eastern Europe. Her cousin reckons China. His mother barracks for Japan. Her nephew insists on the Greek islands. You have a slice of time and a wedge of money, but how do you even begin to decide on a destination?

The inspiration for your journey can come from all aspects of your life. From the dreams of your slumber to a sneaky subliminal advertisement, everyday we're exposed to the names of faraway lands. As travellers we're often perceived as conscience-savvy warriors of spontaneity, so when you're next looking for inspiration for a trip consider letting your food lead you on some mouthwatering journeys. A swift, sneak peak beyond your food labels will send your wanderlust into a ravenous snarl.

To get the juices flowing I'm whipping up the best banana pancake you've ever tried. This Banana Pancake Pilgrimage (not to be confused with the retro Banana Pancake Trail) sources its bananas from Costa Rica, which harvests a monkey-maddening 2 million tonnes a year.

Yellow benders aside, hunky Costa Rica is strewn with volcanoes and a leading destination for ecotourism. If that doesn't whet your appetite then spice it up with swathes of green and season generously with biodiversity that's bulging out of protected regions that cover more than a quarter of the entire country. Cap it off with the capital, San Jose with its dusting of Catholic candescence and you've got yourself the vital ingredient with an ultra healthy core.

America is infamous for its wide belts, and the wheat belt of America's Midwest is a great place to score a few notches of your own. The good ol' US of A annually produces a whopping 50 million tonnes of wheat, and I've grabbed a handful to grind some flour for your Banana Pancake Pilgrimage. In the wake of the mighty combines you'll find flour power in abundance.

Follow in the flow of Huckleberry Finn, gasp at the Great Lakes and hold onto your breeches in the windy city, Chicago. Don't wheat about to explore the peaceful Amish Country before getting mucky with a Mississippi mud pie.

How's the inspiration going? The pan's heating up and the galley air is plump with the sweet sojourn. Are your hunger pains thrusting a tangy tango with the beat of your heart? Yes chef!

Germany produces more than 28 million tonnes of milk per year so they won't miss a splash or two. The nature-loving Deutschlanders inhabit a land riddled with rivers, smothered in forests and muddled with mountains. Scoff your face on a German döner, swill it down with a swig from your stein and if that doesn't tickle your schnitzel then gorge on black forest gateaux.

The Germans have shaken off a series of stereotypes, so loosen your lederhosen and take a blast up the autobahn through spellbinding history, sweet wineries, and folkloric forests.

Proof in the Pudding

Next I'll crack a couple of eggs in the bowl from the yolk-choked valleys of China whose dazed hens squeeze out more than a shell-shocking 400 million eggs a year.

Get up to speed on those monotone slobs, the panda and catch forty-one winks on the noodle-slurping Chinese railways. Marvel at emerging history and join the flocks at the myriad of must sees. The Rooftop of the World looms over a house of chintz and cheery Chinese. At the end of a long day, wok into a local shack and sample some baozi (stuffed buns) with your chopsticks or nibble on some fiery street barbecue to the muffled cackles of karaoke.

The final step; uno-dos-tres and flip like a feasting Filipino. Voila, you lik'a m'pancaike? Proof that a once unconsidered, yet sensational destination is right under your nose.

Let your imagination run wild; travel through your moussaka, explore your caesar salad, delve around your ratatouille and discover the hidden delights of your vol-au-vent. Bon appetit.

Written by the footloose Englishman, Ant; World Nomads very own guest blogger and the solo scribe of the charismatic travel blog Trail of Ants.com. Ant's currently drenching a thirst for travel during his third year of dragging a smudged and odorous backpack around the world. 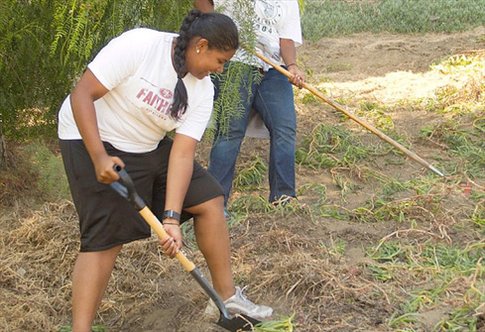 Questions to Ask Before You Volunteer Abroad

Before you volunteer abroad, ask your voluntourism operator these questions.