Our nomads share the most indelible moments from their travels.

Our first taste of this unique sport was at a huge match in Mexico City. The Arena Mexico holds more than 16,000 guests and the matches are over the top, with elaborate costumes and rivalries between fighters that span weeks. But our real love for Lucha Libre came after attending a much smaller match in the city of San Cristóbal de las Casas, in the southern state of Chiapas. Compared to the Mexico City match, this one looked like a backyard street fight, but we immediately loved the authentic feel. The arena, normally a bullfighting stadium, was packed with local families and kids running up and down the stairs in luchador masks too big for their heads. To fully get into the spirit, we purchased a couple of masks to show which fighter we were supporting.

We stocked up on popcorn and beer and grabbed a spot on the wooden benches. The match was running late and the crowd was getting restless, so my partner looked into the dressing room tent to see what the delay was about. He was greeted by a dozen wrestlers, greasing up their bodies and squeezing themselves into their latex costumes. They were more than happy to have a foreigner backstage, and even included him in some behind-the-scenes photos. But it was clear that they weren’t going to be starting any time soon.

Never one to pass up an opportunity to perform, my partner donned his luchador mask and entered the ring. The kids playing on the ropes immediately saw this as a challenge. Within minutes, he had a dozen children hanging off each limb, determined to take down the big gringo with their merciless karate chops. He played the part of melodramatic villain perfectly, falling theatrically to his knees in defeat as the crowd cheered.

At last, the real show started. The next hour was pure slapstick-comedy gold, with clearly missed punches sending the fighters reeling. We witnessed the most ridiculous characters, including a fighter whose secret weapon was kissing his opponents into submission. But the memory of my partner fighting off dozens of kids in his shiny silver mask is one I’ll always cherish. – Christine Williams

Thanks to the coordinating efforts of Oaxaca Food Walks, we slid from the bed of a pick-up at Lalocura Mezcal Distillery in Santa Catrina Minas for a tour of their property. In the driveway, a leather-skinned man under a tattered Stetson hacked towards an agave’s heart, the piña.

The pale yellow cores piled up, awaiting a slow cook beneath super-heated rocks. A Oaxacan distiller herded us towards agave burning in a stone-lined pit. The heat processes the starch within the agave and produces sugars. Reaching for a roasted piece cooling at the edge, I sampled it. I thought of leafed tobacco: vegetal, chewy, and sweet. Next, we approached three wooden fermentation vessels where microscopic yeast ate the sugar, converting it to alcohol and carbon dioxide. The bubbling liquid released a fruity, bubble-gum aroma. The liquid tasted boozy, with hints of molasses and nutmeg.

Fire raged beneath a small, copper still boiling pachuga (fermented agave juice) and vaporizing the alcohol. There was no electricity. There was no stainless steel. Cool spring water in a copper bowl sat atop the still, condensing the rising alcohol vapor and directing it into a wooden chute. Clear spirit dripped into a clay pot: the mezcal was born. To the west, blue leaves of agave spiked from the ground, which gradually rose towards the mountain ridge awaiting the sinking sun. Smoke-shattered sunlight upon horse-turned mills, earthenware jugs, and oxidized copper: the place and process remained pleasantly entrenched in a time long gone. – Sam Kazmer

We all love a bit of pink sky reflected in blue waters. But have you experienced it the other way round?

I learned about the pink lagoons of Yucatán’s Gulf Coast from a friend’s photos, which looked utterly otherworldly. When I reached the dusty little village of Las Coloradas, I was initially disappointed. The nearest lagoon looked blue from a distance, flanked by gleaming white hills of the salt they extract here. But at close encounter, the lake is fairy-tale pink, as if nature tricked my eyes. It felt like being wrapped in cotton candy. I absorbed the surreal scenery, took pictures, and strolled around to see the flamingos in the outer lagoons.

The world has very few pink lakes. The pink color is not an optical illusion – it comes naturally from brine shrimp and algae called Dunaliella salina. The colors can be seen any time of year, but the pigment is more concentrated in the afternoons, and the best photo op is at sunset.

My curiosity aroused, I later checked out Xtampú Salinas, whose ponds have "fifty shades of pink," from spiky, purplish Mexican to soft cherry blossom. This feels more like a working site, with small pyramids of white salt dotted everywhere. Your only companions will be flamingos, woodpeckers, and herons.

Both lake areas are protected, patrolled by the locals, but there’s no fee. You won't be able to swim or walk in them – just absorb that eccentric scenery. It will forever stay in your mind. – Lydia Jones 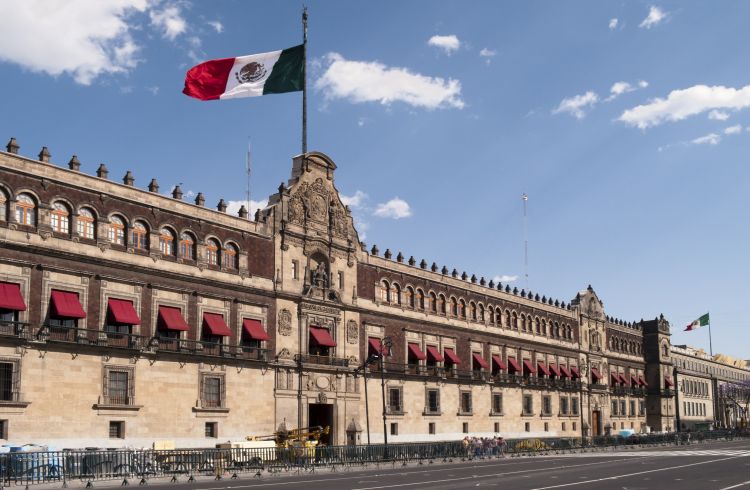 Traveling to Mexico? Here's what you need to know about local laws, illegal activities, and staying out of trouble in Mexico.