4 Great US Snow Adventures for Non-Skiers

Not a skier? Not a problem. These winter activities will get you out in the snowy wilderness all over the United States. Watch wolves in Yellowstone, hike hut-to-hut in Colorado, dogsled in Oregon, and ice-skate in Vermont.

My goosebumps aren’t from the cold. They’re from watching the elusive Canis lupus feeding on an elk carcass in the distance. It’s my second time taking a guided wolf tour in Yellowstone. Still, my body reacts like it did when I first witnessed these revered residents of our country’s first national park.

January in northern Wyoming isn’t warm. But gray wolves are easiest to spot against a backdrop of white snow. They’re also more active, preferring to hunt in the colder months when their prey is weaker. Heavy snow at high elevations has elk and bison herds feeding at lower altitude, closer to Yellowstone’s roads. It’s bumper-to-bumper traffic in June. In January, we have the park to ourselves.

Nathan Varley, founder of Yellowstone Wolf Tracker, is behind the wheel. We can see the Junction Butte pack, including its healthy litter of pups, from the warmth of our SUV. Still, we climb out and post up behind a high-powered spotting scope. Varley, the son of park rangers, has a Ph.D. in Ecology. In 2014, he guided my family on snowshoes up to the pens that held the wolves when they were reintroduced to Yellowstone in 1995. He also takes clients out on cross-country skis.

Experiencing this wild, winter wonderland is an extreme privilege – even if all we see are tracks. That said, wolf sightings are pretty much guaranteed. Since some of the animals are collared, wildlife biologists like Varley have their radio frequencies. In fact, the best way to find a wolf is to find a wolf watcher. – Katie Jackson

Colorado is known for Fourteeners (mountains above 14,000 ft) and world-class downhill skiing when its lofty crags are blanketed in snow. But Centennial State winter itineraries aren’t complete without trekking into the backcountry. I strapped on snowshoes for a dose of solitude in the San Juan Mountains along the 10,022ft (3,055m) Cumbres Pass, which bridges southern Colorado and northern New Mexico. The pass shelters a system of four remote yurts – a type of hut that hails from the Central Asian steppes.

Like other yurt systems in big-time outdoorsy states, the Southwest Nordic Center rents the wood-frame, canvas-sided huts to adventurers who don’t mind the 2.75- to 4-mi (4.4- to 6.5-km) trek through pine-studded forests to their accommodations. I called upon some basic backcountry knowhow during my excursion, including navigating via marking blazes, since this time of year trails are buried under snow. The terrain suits telemark skiing, where skiers arm their skis with skins to grip the snow, and beginner-friendly snowshoeing. Physical fitness is a must – and not just because of the elevation. Traveling here often calls for breaking trail through several feet of fresh snow while carrying a gear-filled backpack. Huts are outfitted with pots, pans, pillows, and games, but you’ll need to pack in food, a sleeping bag, and plenty of warm layers. Water is available via snowmelt.

Reaching the remote huts unlocks extended touring in pristine mountains. My group were the only humans within miles as we explored untouched ridges, dropped into deep backcountry bowls, and left crampon tracks up and down gentle slopes. After long days of exertion, we rewarded ourselves by kicking our feet up around the roaring woodstove at night. Two nights from US $100; yurts sleep six. – Ashley M. Biggers

Take a dogsledding tour in Oregon or California

You can hear the dogs long before you see them – a cacophony of yelping and barking, a whirlwind of energy at the staging area at the base of Mt. Bachelor ski resort near Bend, Oregon. The soothing voices of Nick and Rachael Scdoris and their team of mushers at Oregon Trail of Dreams do little to tamper the excitement of dozens of dogs eager to pull visitors along snowy forest trails. As Rachael, using the wisdom of her Iditarod racing experience, arrays ten dogs along two leads per sled, I pet some who nearly bowl me over with their enthusiasm.

Dressed in standard winter snow gear, I hop aboard a sled with a friend, tuck under a blanket, and sit back as the musher shouts “Gee” for “right” and “Haw” for “left” to guide the dogs along the trail. Cruising at ten miles an hour and more, I watch the trees fly by, hear the joyful yipping of dogs, and feel the whoosh of the snow beneath me. It’s a wonderful taste of wilderness adventure easily accessible to any visitor who wants to reserve a trip.

Oregon Trail of Dreams has hour-long dogsled rides beginning at $200 per sled (up to two adults and a child) and also offers Marathon 26-mile adventures with lunch that can be booked for $1,100 per couple. In California’s eastern Sierras, Mammoth Dog Teams, based about 10 minutes outside of Mammoth Lakes, provides similar trips, $95 per adult for a 50-minute ride (+$55 for a child), or a 105-minute ride with hot drinks for $185 (+$90/child), and even overnight camping adventures for the intrepid. Trips are dependent on snow and weather conditions and require reservations. – Bill Fink

Skate the longest ice trail in the US at Lake Morey, Vermont

Temperatures were in the single digits when I arrived at Lake Morey Resort in Fairlee, Vermont, last winter. It was cold enough that snow creaked underneath my boots as I walked to the lakefront, where ice skaters whizzed by with scarves wrapped to the tips of their noses.

Many of the tiniest Vermont villages – including my own – have an outdoor rink or two, but Lake Morey merits a special trip. The 4.3mi (6.9km) skate trail around the lake’s perimeter is the longest in the United States, a ribbon of white-blue ice wrapped in low-lying, evergreen-forested mountains. You can rent ice skates there, and the trail itself is free to use. That makes it a social hub for the rural community. After lacing my skates and pushing off, I joined the families chatting as they skated, dodging stray pucks from pickup ice hockey games.

We thinned out on the long straightaway, until the only sound was the clean scraping of ice underneath my blades. Summer houses around the lake slumbered under a blanket of snow, but when I saw a bald eagle bank over the far horizon, it felt like I was gliding away into the wilderness. – Jen Rose Smith 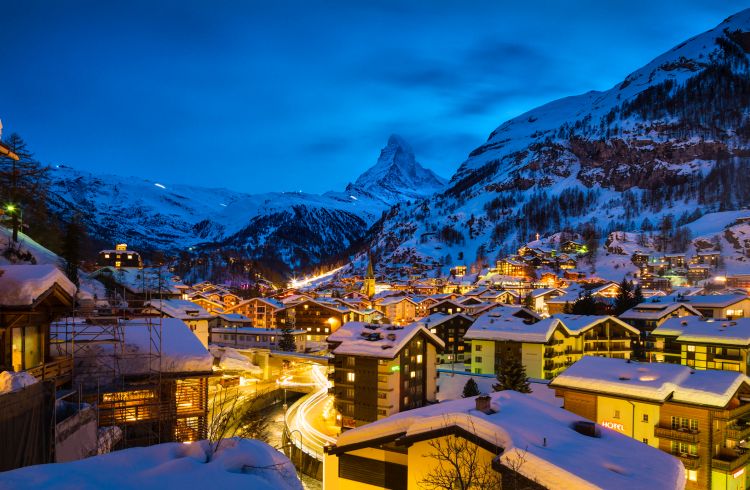 Going skiing or snowboarding this winter? Be responsible on the slopes and stay safe with these tips. 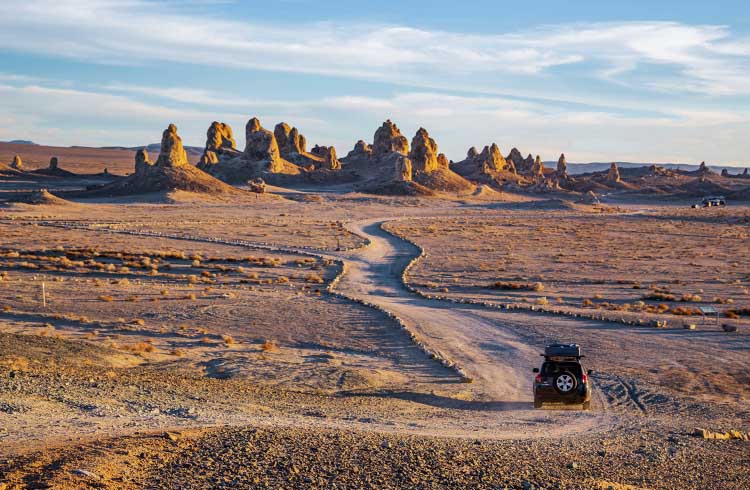 Planning a domestic trip? Purchasing travel insurance for a trip not far from home can have a number of benefits.