A Local's Guide to Perth: Top Things to See & Do

Forget Australia's east coast, head west. With flights flying direct from London to Perth, here's what you need to know before you go.

Perth is the most remote provincial capital in Australia. We asked local, Simon Tubey, to share his pick of the best experiences in and around the city.

The state of Western Australia is enormous – it covers one-third of Australia – and the capital is actually closer to Singapore than it is to Sydney on the east coast. There's a lot of open space between Perth and the eastern cities.

For a remote city, Perth has an exceptionally exciting range of nightlife, especially if you opt to come over for such festivals as the Perth Fringe Festival or the Diwali festivities. There is always something to see, hear, taste and be a part of.

Nightclubs are most popular in the Northbridge district in Perth and the ‘Cappuccino Strip' in Fremantle, with the likes of Metro City and Metropolis pulling in world-renowned bands and DJs, as well as hosting other exciting events into the early hours.

For anyone interested in Music, Film and Art then the free X-Press magazine is a must have to keep your finger on the pulse of Perth's nightlife, gigs, festivals and entertainment, as well as eventfinda.com.au.

There is a multitude of bars and clubs in Perth, Fremantle and other outer suburbs with a variety of niches, ranging from whiskey bars like Helvetica, through to cosplay clubs like Gilkisons Dance Studio where anime and pop culture fans can go to party to lively music, in lively costumes.

Top Things to Do in Perth

There are many exciting activities to experience, from jet boat rides in Fremantle, hot air ballooning over the Avon valley, chartered light aircraft rides to Rottnest Island as well as all the exhilarating water activities like surfing, snorkelling and scuba diving.

A two hour road trip to the Pinnacles, in Cervantes is well worth experiencing. The beautiful desert scenery and limestone formations look like a scene from a sci-fi movie and make a spectacular backdrop for holiday photos and picnics. The most direct route takes you along the coast, so be sure to stop off at some of the beaches on the way.

Perth is famed for its award-winning wines. It is worth taking the time to explore the region either by road with a knowledgeable wine tour company, or make a day of it by cruising on the Swan river. Swan River wine cruises cost around $165 per adult.

For the courageous, there is the Fremantle Prison Torchlight Tours which are run from 6:30pm onwards at Fremantle prison. At $22 per adult, it can be a lot of fun in a group, or on your own, and the experience is unique, informative and a little spooky.

Whilst the wineries and Fremantle's haunted prison night tours are a must, other people might find the heritage listed Power Station in Cockburn interesting, with it's spooky exterior and colourful graffiti wall art. It's located close to Cockburn beach which is a great beach for snorkelling by the jetty and only five minutes drive from Fremantle.

Rottnest Island is an experience in itself offering amazing diving and snorkeling and beautiful sandy beaches where the only traffic is cyclists and the Quokkas.

Heading south to The Valley of the Giants treetop walk in Denmark, near Albany is a different way to see the world as you walk through rope bridges high up in the tree canopies. It's worth taking a supply of water for long road trips as dehydration and tired hire cars with faulty air conditioning can make the journey unbearable, though there are usually many service stations along the way.

Three hours south of Perth is Margaret River which offers picturesque scenery, local produce and delicious wines straight from the vineyard. You can also explore caves or get settled in a local brewery for the day. On the coastal road you'll pass historic Bussleton which is worth a visit, as it has some great restaurants and has the longest wooden jetty in the southern hemisphere.

Instead of That, Do This

Bike hire in Perth is very affordable and a great way to see a lot of the city, Kings Park or even a trip around the Swan river. So, instead of walking everywhere, why not ride? Bikes are also permitted on some public transport, and at about $25 a day it can be a fun and healthy way to sight see at your own pace.

Perth summers are hot, so be sure to pack enough water to remain hydrated when doing any physical activity. A Local's Guide to Brisbane: Top Things to See & Do

Most travelers have Melbourne, Sydney and Cairns on their itineraries, but forget all about Brisbane. Here's why the Queensland capital should be on your list too. Melbourne takes the trophy as Australia's food and culture hub. It's home to more theatres, galleries and art spaces than anywhere else in Australia. 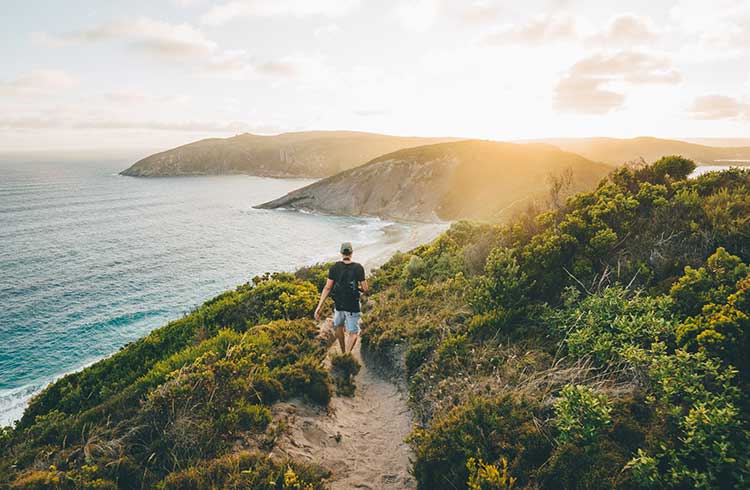 Our insider Anny shares her top tips on budgeting for your trip.