We’d never suggest that the iconic Fitz Roy trek and Perito Moreno glacier hike aren’t worthwhile. But Argentina offers many other rewarding (and less-crowded) trails, through lush cloud forest, along colorful canyons, and up the highest peaks in the Americas.

In the rugged Northwest, trails lead to ancient ruins and cross dazzling salt pans, while Mendoza draws hard-core trekkers to the world’s highest mountain outside the Himalayas: Mount Aconcagua.

Independent hiking in these parts requires planning. Public transportation can be limited, and trails are sometimes unmarked and ill-maintained. It’s often best to hire a car, and wise to check in with park ranger stations and arrange stays at refugios (mountain shelters). Park rangers can supply maps, guides, and updated info.

Framed by soaring Andean peaks, the Northwest delivers numerous day hikes and multi-day expeditions through fantastically shaped canyons. The colonial city of Salta is the local visitor epicenter. Some 116mi (187km) north, the charming wine-growing region of Cafayate is the hub for Valles Calchaquíes, where traditional villages nestle amid the thrusting rock formations of the Quebrada de las Flechas. From Cafayate, a scenic, 3mi (5km) hike leads southwest to the Rio Colorado, home to ancient pictographs and a picturesque waterfall.

Just north of the city of Jujuy (75mi/120km north of Salta), the Quebrada de Humahuaca is Northwest Argentina’s main calling card. A UNESCO World Heritage Site, this long gorge blazes with waves of vividly colored rock, stretching north to the Bolivian border. Most tourist attention centers on the spectacular Cerro de Siete Colores, the stratified Hill of Seven Colors, which you can marvel at on a 90-minute hike (1.8mi/3km) around the perimeter.

Nestled beneath the mountain, Purmamarca is a captivating village despite its steady traffic of visitors, and with its rich indigenous traditions and incredible setting, it’s an ideal base for hikes and treks for all levels.

Adventurous trekkers and budding botanists head west to Calilegua National Park, 106mi (170km) northeast of Purmamarca. Home to portions of the Yungas cloud forest that covers swathes of Peru, Bolivia, and Argentina, its lush biodiversity is a far cry from Salta’s arid landscape.

Accessed from the town of Libertador General San Martín (6mi/9km away), the park has 14mi (22km) of trails for all abilities, which lead from the Aguas Negras ranger station and allow for close encounters with the park’s prolific wildlife inventory: 300 species of bird, including the majestic Andean condor, and 60 mammals, including puma and jaguar.

Novice trails include the short but rewarding Momota and La Herradura trails. If you want to make the heart valves squeak, more arduous hikes include trails to La Lagunita (five hours) and Tataupa (2.5 hours) that descend to the river. Multi-day expeditions can be arranged in Salta and San Salvador de Jujuy and include a three-day trek to Cerro Amarillo (12,205ft/3,720m) or Cerro Hermoso (10,499ft/3,200m).

The high Andes to the west of Mendoza city dominated by Mount Aconcagua, aka Roof of the Americas, South America’s highest mountain. While Aconcagua is more of a long hike than a mountaineering expedition, it’s definitely a challenge due to elevation (22,840ft/6,960m), severe weather, and duration (18-21 days). Still, with more than 3,500 people taking on the climb each year, it’s a well-traveled trail and very doable if you are in good shape. Bear in mind that most travel insurance policies do not cover climbs over 19,685ft (6,000m).

The Normal and Polish Traverse routes to the summit don’t require gear or technical expertise, but they’re essential for the tougher Polish Glacier route, which involves crossing a glacier. For novice hikers who don’t have three weeks to spare, tour operators in Mendoza offer a two-day trek below the snow line to base camps and , including Confluencia (10,826ft/3,300m).

If you’re not up for a long commitment, rewarding day hikes are accessible from Mendoza City. Some 7.5mi (12km) west of town, El Challao is a popular, family-friendly hike. The hike to Cerro Arco (three-hour return trip to the summit) provides glorious panoramas of the city.

Less than a three-hour drive from Mendoza, Cerro Penitentes (14,272ft/4,350m), named for its jagged rock formations that resemble penitent monks, can be climbed all year round. While the moderately rated two-day hike (16mi/26km, with an overnight camp at the summit) requires no technical expertise, it does require a high level of fitness and hiking experience. 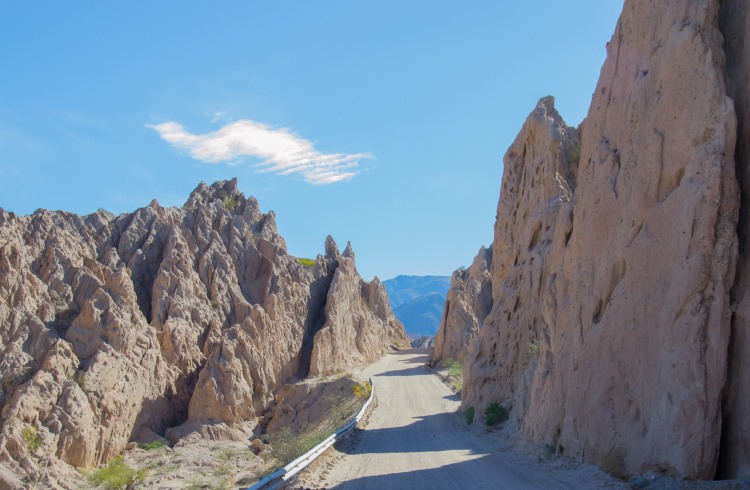 Check out these epic itineraries through some of Argentina’s most spectacular regions: Salta and Jujuy, Mendoza, and the Lake District. Weather in Argentina: The Best Times to Visit

Interested in massive waterfalls, or mighty glaciers? Keen to ski, or would you rather trek? Argentina offers it all, so when to go depends on what you’re doing.