Get to Know Peru Before You Go

You say Peru. I think alpaca. Ant can count on one hand the number of things he knew about the country before he traveled there.

I only learned of the alpaca connection since arriving in New Zealand in August. By September, I was obsessed with a pipe-dream to chew straw, grow leeks and breed alpacas. I was almost over it, but the task to write an article on Peru has hurled me back into the herd. I love alpacas! No, I don’t. Yes, I do!

My immediate reaction was to write about Machu Picchu. Paste over an image of cloud tangled on its rocky, green crumbly summit, and no one will notice I’ve never visited. Then the Urubamba River flooded and isolated the ancient ruins until April, and I was forced back into the imaginary paunch of a sympathetic alpaca.

So what do I know about Peru? Well, I know it’s a South American hotspot, popular with backpackers. Its capital is Lima, and its most famous site — the tourist capital — is the aforementioned Machu Picchu. I also know of the city of Cuzco, from Che Guevara who spluttered through on The Mighty One (his Norton motorcycle). I’m sure they speak Spanish, and I recall hearing that Peruvians eat roasted guinea pigs. Yes, those over-sized hamsters, more often found limping around cages in children’s bedrooms. Two and a half cities, and a Spanish speaking, guinea-pig-nibbling alpaca. Peru!

So, I had a one-hour lunch break. How much more could I discover?

The first stop on my fact-finding tour was the CIA Factbook. Yes, the same CIA which fuels the X-Files which fuels TV addicts, which fuels obesity, which fuels death — however, World Nomads aren’t keen on my conspiracy theories, so I’ll keep this clean and to the point. There are aliens in Per...[censored].

The CIA World Factbook is always one of the first places I check when I’m researching a destination. It delivers no-nonsense facts about the country, giving me a non-emotional framework to build an opinion.

The CIA informed me that Peru is on the west coast of South America, and borders five of continent’s twelve countries. Apparently, the country suffers from deforestation, and its capital, Lima is choked by air pollution. The nation shares control of Lago Titicaca — the world's highest navigable lake — with Bolivia, and one of the peaks of Nevado Mismi is the ultimate source of the Amazon River. It’s also home to 29.5m people (the world’s 39th highest) and its terrain is a mixture of dry and rugged highlands, lowland jungle, and coastal plains. Coastal plains full of cigar-shaped ... [censored].

The predominant religion is Roman Catholic (81.3%), and Independence Day is July 28th. I even know it has 144 unpaved runways, and the notorious Colombian drug trade has stained the shared border. In fact, Peru is now the world’s second-largest producer of cocaine. That took me five and sprang a hundred possibilities. I could now second-guess festivals, and search out cathedrals. I knew I could drift across the border into the continent proper, and began to presume the cities are reasonably cramped.

After the official facts, I some official advice from Gordon Brown’s crew. The British FCO website isn’t just for the brolly-sporting Brit’s amongst you. The FCO usefully informed me that I can travel to Peru for up to 180 days on a Tourist Visa, and that “You can drive for up to one month in Peru on driving licence and up to one year on an international driving licence”, while warning that “Driving standards in Peru (particularly in Lima) are poor”.

Gordie’s Gang also highlights that “Street demonstrations and protests are commonplace in Peru, frequently occurring suddenly and sometimes turning violent”, and that the drug trade is a reality, while sensibly concluding that travel insurance wouldn’t be such a bad idea. They state, “Street crime, including muggings and thefts, is a significant problem in Lima, Cusco, Arequipa and other major cities.” They suggest caution when booking white-water rafting trips on Lake Titicaca, and helpfully point out that “If you plan to travel to Venezuela and some Central American destinations from Peru, you will be required to present a Yellow Fever vaccination certificate, issued at least 10 days prior to departure, at the airline desk.” Priceless information. One page. Cinco .

Cost of Basic Living in Peru

For a rough cost of living, I skim HostelWorld and discovered I can score a private room in Lima for £8 a night, and PintPrice.com told me a beer averages around 80p, which according to BBC Weather, can be supped in Lima in comfortable year-round temperatures.

I felt the Peruvian in me rising up. Suddenly I was a coked-up, Spanish-speaking Roman Catholic alpaca, in search of the Amazon River’s source, some grilled guinea pig some £8 hay. My kind of trip. Except I don’t do drugs. Neither does Paddington Bear — Peru’s most famous foreign ambassador who emigrated from Darkest Peru in the fifties, surviving the journey by scoffing marmalade sandwiches. Perhaps he lived at Machu Picchu? Perhaps he dealt coke, factory-farmed guinea pigs, and rode around on an alpaca called Softy? Who knows? Just twenty minutes into my whirlwind perusal of Peru, and I was addicted. Peru — seemingly studded with mischief and natural adventure — was empowering me.

Hostess with the Mostess

This article’s host, WorldNomads.com aren’t purely purveyors of great value travel insurance, they also store a swollen cache of travel information. A quick at their destination guide (provided by Lonely Planet) began to give my opinion of Peru some depth. A clump of brilliant advice and information warmed me with titbits about the and warned me that my UK size 10 shoes are impossible to find in the Andean foothills.

That’s without even touching the Lonely Planet’s official montage of alpaca-sponsored advice. I ventured eagerly into the domain of World Nomads’ well-known and became spellbound by 67 fantastic independent travelogues. Not the type with their own fancy web address, or an environment littered with Google Ads promising my girlfriend a better deal. A real community; a collective of true experience. With all this Peru-based information crammed into the web, I began to wonder how anything else got a look in.

With half an hour to I dived onto Twitter, scribbled a search for "Travel Peru” and began scraping off tweets about, “...140 more days until sand-boarding in Peru...”, and a million-and-one people proclaiming there’s “Much More than Machu Picchu”. I’m promised links to clothing tips, Peruvian bullfighting, volunteer programmes, and even a warning that Twix bars melt together in Peru.

Lest we forget Twitter’s local rival. I challenged the behemoth of Facebook to deliver “Peru” and it slammed down over 3,200 results (though many are in native Spanish). Narrowing this down by searching “Travel Peru” drew me closer to the point, and before I knew it I was trotting around dozens of Peruvian viewpoints, marveling at the jaunts that had gone before me. “Spare a thought for the guinea pigs!” I typed, before deleting it and LOL to myself.

The great thing about both of these platforms, is that they’re run by Real People™ who would be blown away if you just asked them, “So, what’s good to do in Peru?”

That’s what I asked Stuart Starrs, who was lured to Lima from his native London, and where he now publishes the incredibly resourceful ...en Perú blog.

Stuart confirms “Peru rightfully makes a big thing out of the phrase ’the country that has it all’, when marketing itself abroad. In the course of a two week trip, you could visit barren deserts filled with pyramids of civilisations far older than those in Mexico; sand-board down some of the world’s largest sand dunes; hike through tropical dry forests, spot Spectacled Bears; clamber up the world's most famous mountain ranges to visit small villages, where people live a life unchanged for hundreds of years; hike across fabulous snow-capped mountain ranges above blue glacial lakes; descend into cloud forests and discover the lost city of Machu Picchu, or hundreds more like it; before taking a river boat through the most bio-diverse rainforests on the planet, spotting rare animals like pink dolphins.”

So I slumped — like a wheezing tourist on the top of a Peruvian pyramid — and realized I had fifteen minutes remaining in my quest for eternal Peruvian knowledge. I’d made the e-nation of Twitter giddy with my questions. I’d linked arms with hundreds of likeminded Facebook “friends”. I’d bookmarked enough blogs to buckle the knees of an aging alpaca, and I’d stashed a secret folder with information from the CIA, and the British government. Things were too easy.

I couldn’t help myself. How much was a flight to Peru? I ducked and dived through Expedia, Momondo Kayak. Wellington to Auckland to Santiago to Lima and back; £1140. I price checked two months worth of World Nomads travel insurance (of course, using my 6% discount promo code, TRLANT); £95.

I gasped. I called my girlfriend; “What are we doing next Tuesday?” A moment’s silence. “If you think we’re going to look at alpaca farms again, you can think again!” 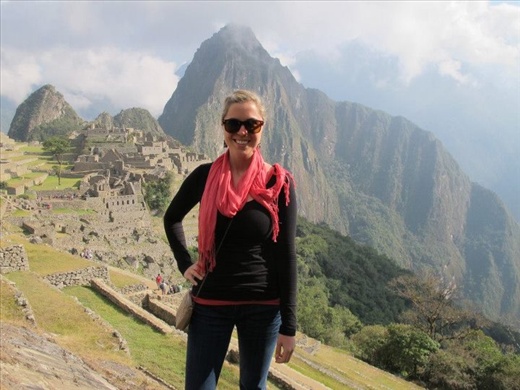 A World Nomad's Tips on Traveling to Peru Things to Know Before a Trip to Cusco

If you’re planning a trip to Cusco, you might want to know how safe it is, how bad the altitude will affect you, and if there are any other attractions than Machu Picchu?