How You Can Be A Responsible Traveler in Myanmar

The military is no longer in charge, but elements still control much of the tourism infrastructure. Consider these questions if you want to travel ethically.

The move to democracy and the election of a civilian government in 2015 has done much to open up the benefits of tourism to the general population, but it is still wise to do your homework if you want to avoid lining the pockets of former junta members and their cronies. In particular we address the human rights abuses of the Rohingya people in this article, and ask you to make your own decision based on knowledge.

With the move to a partial-civilian government in 2011 and democratic (?) elections in 2015 there has been a consequent easing of restrictions in Myanmar and now the general populace are encouraged to participate in tourism. In fact the industry is doing a great deal in raising living standards. However much of the long-standing tourism infrastructure - big end hotels, restaurants and tour providers - remain in the hands of the former military rulers.

The situation will continue to improve, especially when you take into consideration that the NLD leader and State Counsel (akin to the Prime Minister) Aung San Suu Kyi took office a relatively short time ago - April 2016.

If you wish to travel ethically in Myanmar you'll need to do more than the usual amount of research into your travel provider, tour groups, and accommodation. Choose carefully if you wish to avoid facilities that are in the control of the former junta members.

Some groups who have long supported ethical tourism to Myanmar because it has a more positive effect than a boycott, have advised on how to travel responsibly:

Despite the general election, the appointment of the first non-miltary President of the country and the appointment of Aung San Suu Kyi as State Counsel Myanmar remains accused of human rights abuses directed against the Rohingya muslim minority in Rakhine State. This is a religious and ethnic dispute that has spanned generations.

Many feel that the abuses being perpetrated by the NLD government are as bad, or perhaps worse, than those of the military junta.

Some advocate a total boycot as a way of applying pressure for change. Others advocate engaging with the people of Myanmar, exchanging ideas and informing them of how the rest of the world feels about what is happening. We explore the issue of whether it is better to boycott or not elsewhere on the site, please read it.

It is for each traveler to make their own decision, but we encourage you to do it from a position of knowledge not ignorance. As we say in the boycott or not article, it is for each person to follow their own internal moral compass.

The people are extremely religious, and take their Buddhist beliefs very seriously. Regardless of your personal beliefs, while in Myanmar you should always show respect to any religious monuments and sites and honour the customs.

When visiting a pagoda or a monastery, for example, be sure to remove your shoes and socks and avoid wearing shorts or sleeveless shirts, as they may be considered offensive and disrespectful.

They will be more than happy to make you part of any religious celebration, or even weddings, but do not try to alter the celebration. There was a very famous case where a Dutch man was sentenced to two years in prison, for unplugging the music in a Buddhist sermon (more information). Not only were his actions disrespectful, but this case proves how seriously the Burmese take their religious beliefs.

Tips For Avoiding Misunderstandings in Myanmar

After just a few hours in the country you will see that the people are incredibly kind and respectful, but there are a few things that might bother them. To be better prepared, here are a few tips: 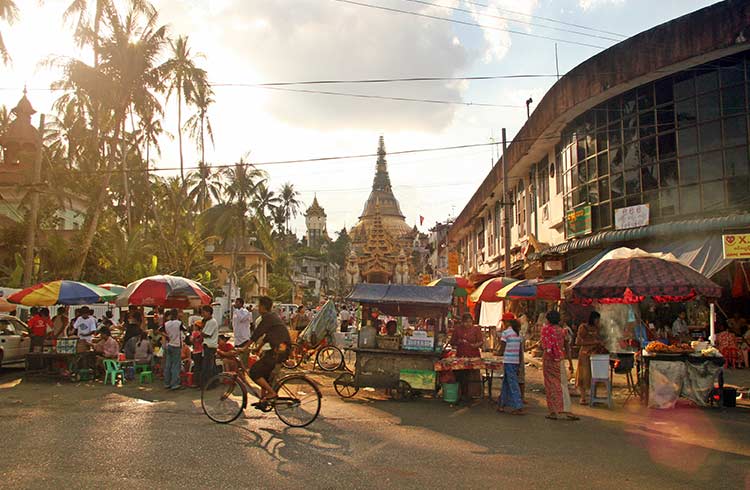