Kolkata Like a Local: Top Things to See & Do

Kolkata (still locally known as Calcutta) is usually found on the radars of more intrepid travelers, searching to find something beyond clichéd India. We step aside and let a local, Sudeshna, share her favorite spots.

Often described as having a unique soul, eastern India’s gateway city has something for everyone – from rich history and culture, to fabulous food and even wildlife.

One of the best examples of Kolkata’s architectural tapestry is this 19th century neoclassical mansion, built, as the name suggests, of marble.

While still occupied by the descendants of wealthy merchant Raja Rajendra Mullick, who built this north Kolkata residence, the uninhabited parts are open to visitors.

You’ll find an exceptional collection of art, antiques and sprawling grounds, as well as a small private zoo. Entry is free, but requires prior permission from the tourist board.

Also made of marble, and one of India’s most prominent homages to the British empire, is the Victoria Memorial in central Kolkata.

The majestic structure, built in the grand Indo-Saracenic style, houses a museum, and is a popular spot for travelers.

While you’re in the area, pop over to St Paul’s Cathedral, an impressive Gothic monument.

Apart from the well-known attractions, why not take a stroll around Kolkata’s local neighborhoods to see crumbling old houses alongside colonial structures, and modern glass buildings.

Head to Corner Courtyard, a carefully-restored colonial building that’s now home to a boutique hotel and trendy restaurant/bar, which is popular with in-the-know locals.

Kalighat, one of Kolkata’s most famous temples, is a 200-year-old temple to the Goddess Kali.

Get ready for sensory overload from sights, sounds and smells, with crowds of devotees, street stalls peddling religious knick knacks, and the inevitable mess of organic waste and debris. (Beware of the extortionist touts that parade as temple priests, too.)

A slightly calmer, if less iconic, temple is Birla Mandir. It’s a relatively modern and striking addition to the city skyline, courtesy of the Birla industrialist family.

Built of marble, the south Kolkata temple is dedicated to a pantheon of Hindu gods.

One of the nicest ways to explore Kolkata is on a sunset cruise on the Hooghly river, where you’ll sail past crumbling monuments, and watch everyday life take place on the riverbanks.

You get to go right up to the Dakshineshwar Kali temple – another important temple dedicated to the fiery goddess – and Belur Math, the headquarters of Swami Vivekanand’s Ramakrishna Mission.

Several cruise operators can be found along the Strand waterfront.

Known as Tangra, Kolkata’s Chinatown was originally the home of leather tanneries, but is also renowned for its spread of authentic Chinese food.

While it’s not the most savory of areas, numerous tiny restaurants here serve up some of the finest Chinese food this side of the Wall in basic, kitschy surroundings.

Another pocket of authentic Chinese food is the bustling, mornings-only Tiretti Bazaar, ideal for some breakfast momos (dumplings).

A mixture of influences led to Kolkata developing an extremely varied and flavorsome street-food scene.

Hygiene conditions are questionable however, so choose carefully.

These mangrove forests, located a few hours’ drive south from Kolkata, are home to the last few remaining Royal Bengal tigers – although sightings are extremely rare.

Accessible only by boat, the scenic, sprawling nature reserve is made up of a riverine delta, flanked by mudflats that harbor plants and animals.

Several tour operators offer overnight package trips – complete with jungle lodging. Daylong tours are available too, although it is a bit of a trek to get there and back.

Kolkata’s pottery precinct is where hundreds of clay idols of Hindu deities are handcrafted inside humble shanty workshops, by artisans using centuries-old techniques.

The historic warren of narrow streets is primarily where idols of the Goddess Durga are created all-year-round in anticipation of Durga Puja, the quintessentially Bengali, four-day autumn festival. There’s a selection of smaller clay artifacts there, too. Finding & Booking Accommodation (on a Budget) in India

Nick and Dariece from Goatsontheroad.com share their tips on finding and booking the right accommodation for your budget in India. 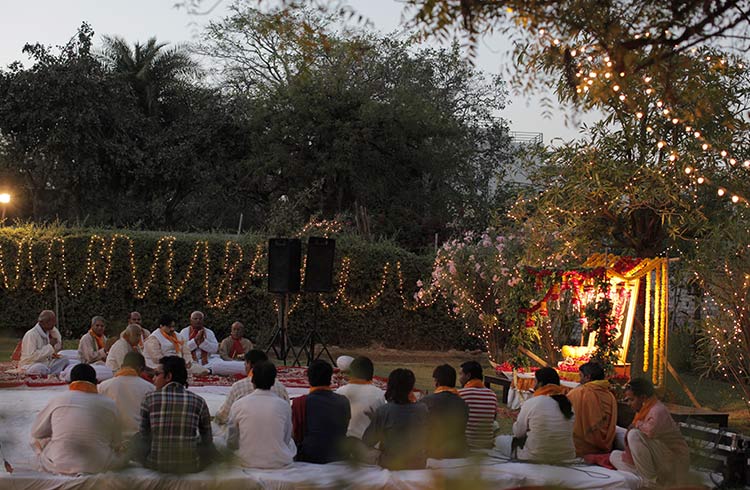