How to Be Fully Present While Traveling the World

Don't forget to live in the moment. Take it all in. Because once you head back home, you've only got memories of your time on the road.

“I hope you see things that startle you. I hope you feel things you never felt before. I hope you meet people with a different point of view. I hope you live a life you're proud of. If you find that you're not, I hope you have the strength to start all over again.” - The Curious Case of Benjamin Button

I have seen things that astounded me. In Africa I stood in tall grassland not 300 yards from giraffes that wound their necks around one another in a fierce mating ritual. In Bangkok I watched a driver navigate mind-boggling traffic with an entire set of dining room chairs tied on the back of his motorbike. Just a few weeks ago I witnessed a Jain pilgrim with chest-length beard and long, matted grey hair walk naked along a highway in Nepal, having divested himself of all worldly possessions in the belief that doing so would atone for his sins. Two days later I sat amidst three thousand chanting, rocking monks at a Lama Puja, the only westerner in a sea of beatific Asian faces.

On the day I circuited Uluru, the massive rock that thrusts up unexpectedly in the Red Center of Australia, an ethereal green aura emanated from its crest, while in Bernal, Mexico, the third largest monolithic rock outcropping in the world emitted a powerful vibration that coursed through my body. I have been dismayed to see toddlers straddling narrow metal frames of ancient bicycles, tiny hands clutching the peddler’s shirttail to keep from tumbling onto traffic-choked roadways. Land-mine victims in Cambodia, tattered and filthy beggars in India, and slums that stretched as far as I could see have all left their mark on me.

I have seen the world's highest mountains, hiked to the bottom of the Grand Canyon, been drenched by torrents of water thundering off Victoria Falls in Zimbabwe, and dived some of the earth's most beautiful coral reefs. In a light-starved Serengeti campground, the luminous Milky Way seemed near enough to pluck a star from the sky and gibbons in a remote jungle in southern Thailand whooped and screeched their displeasure when I invaded their territory.

Most of the time, I am awe-struck by these experiences but sometimes even the most amazing sights can become commonplace after months on the road. Thailand's gilt-covered temples no longer dazzled after seeing the tenth one, India's extreme poverty ceased to shock when I was confronted by it day after day, and miniature Vietnamese women wearing conical straw hats seemed ordinary. The height of my complacency occurred in Africa, during a safari that was the fulfilment of a lifelong dream. When an elephant lumbered by my jeep I thought, it's just another elephant, yet a week earlier I had been thrilled by the sight of elephants in the wild. Fortunately, my ho-hum attitude turned to delight when, seconds later, the elephant's newborn calf came into view and, sheltered beneath its mother's tail, skittered nervously across the road.

In that instant, I recognized how important it is to stay fully present at all times. No two moments are ever the same and once gone, can never be recovered. I vowed to never again take my travel experiences for granted. If ever the sights and sounds and smells of the cultures I visit around the world cease to amaze, it will be time to come off the road. But for now, I am still being astounded every day and I fervently hope that never changes.

After years of working 70-80 hours per week at jobs that paid the bills but brought no joy, a serious illness made Barbara Weibel realize she felt like the proverbial "hole in the donut" - solid on the outside but empty on the inside. After recovering her health, she walked away from her successful but unfulfilling career, sold or gave away most of her material possessions, donned a backpack and traveled around the world for six months to pursue the only things that had ever made her happy: travel, photography and writing. Four years later she is still on the road, more convinced than ever that we are all more alike than we are different and that travel is one of the most effective tools in the quest for world peace. Read more on her blog Hole in the Donut Cultural Travel. 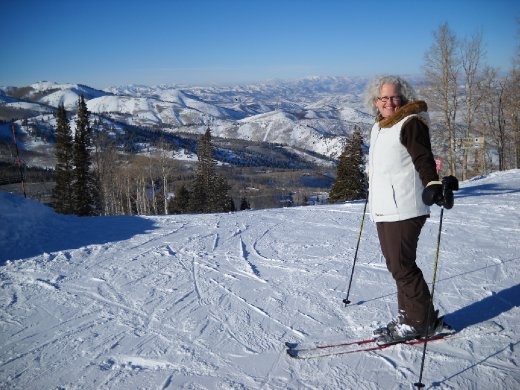 Alone, Not Lonely, on the Road

A traveler shares her top 6 fundamental tips on traveling alone, without feeling lonely. 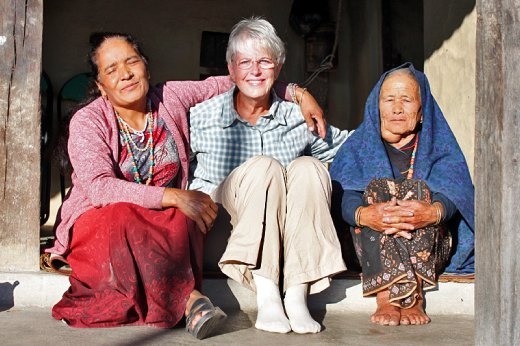 A digital nomad shares her story about why she gave up everything to live a life well traveled.