I am not shy about my love for Africa. Travel there is rugged and exhilarating. The many animals, landscapes, and cultures that exist on the continent make for endless travel itineraries. I haven’t ventured into West Africa (yet!), but my travels in East and Southern Africa have given me permanent wanderlust and an appetite for adventure. I get asked about my travels in Africa more than any other destination, and sometimes when I relate my travel tales, they seem almost unreal to me. Did I really see and do all of those things during the time I was there? It was difficult to narrow down this list, but here is what I would consider to be my best travel experiences in Africa.

The Okavango Delta, the largest inland delta in the world, is a maze of shallow lakes and channels. It’s spotted with small islands, exotic animals, and magical sunsets. The Delta absolutely captivated me, and I feel that words don’t do it justice. You can see the Okavango Delta on a day trip from Maun, but I recommend doing an overnight mokoro trip. A poler will take you out in a carved out canoe, where you will experience the sunrises and sunsets, bush camp on one of the islands, and do a couple of walking safaris (or in my case, run from an elephant). While it’s difficult to rank travel experiences, I have to say this one is one of my favorites.

Masai Mara is the continuation of the better-known Serengeti in Tanzania. The Serengeti is flat plains, while Masai Mara is rolling hills. You may hear locals affectionately refer to it as the Mara. My first of three safaris in Africa, the Masai Mara still ranks as my favorite. While I saw all the game animals you can imagine, from lions and zebras to elephants and rhinos, I was also there during the well-known wildebeest migration. The wildebeests leave the Serengeti and enter Masai Mara in June and July. There were literally thousands of them in a row, just walking across the open plains. Safaris range in cost but a budget camping safari like the one I did will reward you again and again with the gorgeous photos and vivid memories.

In Africa, you can track the rare mountain gorillas in Uganda, Rwanda, or the Democratic Republic of Congo. With the permit alone costing between $400 and $500, I had no plans of doing this activity. But, I eventually caved and dipped into my travel funds for this once in a lifetime experience. I tracked Group 13 in Rwanda, which is the second largest family there. After hiking into Volcanoes National Park and spending about an hour finding them, we were able to watch them in their own habitat for an hour. The younger gorillas were very playful and eager to get close to you. The guide and guards try their best to keep a safe distance between you and the gorillas. The silverback, the male leader of the group, was massive! If you are interested in this activity, keep in mind you need to book your permit months in advance (though I happened to luck out and booked a week before I went).

Malawi is known as “the warm heart of Africa,” and it truly lives up to its name. The people are extremely friendly and hospitable, despite Malawi also being one of the poorest nations in the world. Likoma Island, located on Lake Malawi is a world of its own. Few of the people here have ever left the island, and you won’t experience touts, traffic, or pollution that you may find elsewhere. Locals will greet you with large smiles and befriend you without question. The island has nice little beaches, beautiful views, and a relaxed atmosphere. 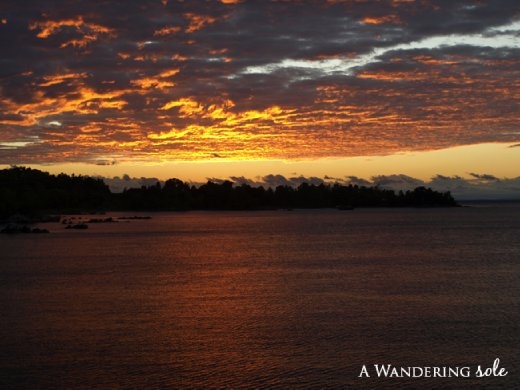 The statistics of Victoria Falls are staggering. It is neither the widest nor the tallest waterfall in the world but combine these two measurements together, and it’s supposedly the largest waterfall in the world. At just over a mile wide, you can visit the falls from Zambia or Zimbabwe. Most hotels and hostels in Livingstone offer free transportation to Victoria Falls. It’s a magnificent sight and there are plenty of water sports and activities to participate in for the adventurous.

This volcano on the border of Rwanda, just north of Lake Kivu, erupted in 2002 and destroyed the city of Goma. It has since been rebuilt, but the eruption won’t be forgotten- many buildings and roads are constructed of volcanic rock now. The volcano and its national park were closed in recent years due to rebel forces hiding out in the area, but reopened just a couple of weeks before I set foot in Rwanda. I felt like it was a sure sign that I had to go! From Gisenyi, I crossed the border to the Democratic Republic of Congo and trekked the Nyiragongo Volcano. It was the toughest hike of my life. While only a five-hour climb, we went straight up the mountain. The views of the lake and other volcanoes in the area were incredible. Unfortunately, we had fog that night so we didn’t see much of the lava but it was still an amazing trek.

As if the Okavango Delta weren’t enough reason to go to Botswana, Chobe National Park is a gorgeous safari destination. On a budget and looking to do something different, I took a river cruise safari on the Chobe River. It lasts about three hours and ends at sunset. I saw elephants cross the river and also hippos sunbathing in the afternoon (which is rare). Of course we also saw giraffes, antelopes, water buffalo, and crocodiles. It was definitely worth the small fee I paid. 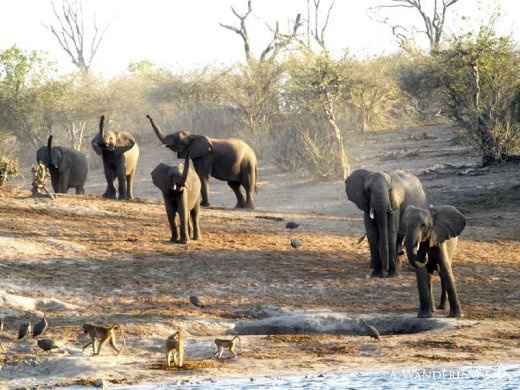 While many parts of Africa are lush and green, Namibia is home to the world’s oldest desert: the Namib. I climbed sand dunes and visited Dead Vlei, which has 900 year old dead trees that are too dry to decompose. The orange sands contrasted by the azure blue sky make for beautiful photographs. 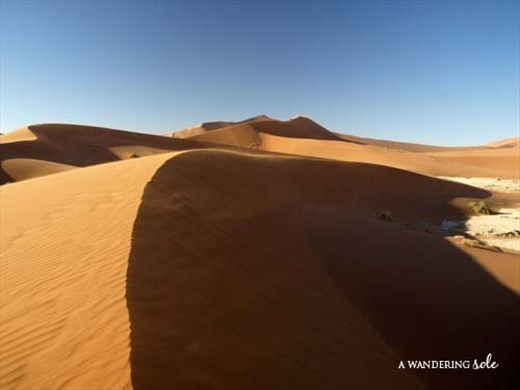 One of my favorite beach destinations in the world, the island of Zanzibar is a cultural haven. The capital city Stone Town was once part of the bustling spice trade and has Arabic, Moorish, Indian and European influences in both its architecture and culture. I stayed in the northwest in a small beach village called Kendwa. The crystal clear waters and white sands were impossible to leave, and I stayed longer than planned.

Cape Town has such beautiful scenery and plenty of interesting places to visit. While outdoor activities abound, one of my most memorable times in Cape Town was dining at Mzansi Restaurant in Langa Township. This activity is a combination of excellent food, musical entertainment, and a short talk from the owner about her life (she gives a great firsthand account of what apartheid was like growing up). I’d put this at the top of the list for things to do in Cape Town!

Laura Walker recently returned from an 8 month around the world trip that included overlanding Africa and running two marathons. Her travel adventures usually include adrenaline-pumping activities, hairy transport, and interesting characters. To read more about her travel and volunteering experiences visit her site A Wandering Sole. 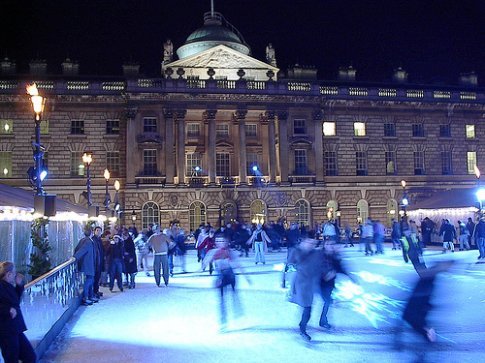 Ant shares his top 6 reasons to chase Winter around the globe, and his top 6 Wintry cities to visit. 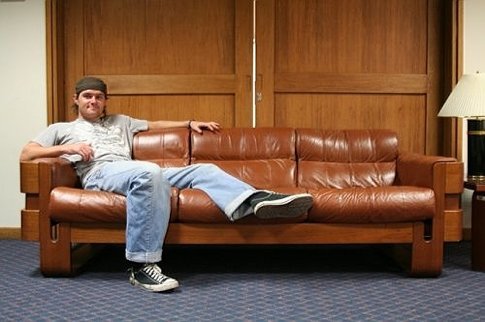 10 Tips to be a Better Couch Surfer

Have you heard the term ‘couch surfing’ and want to know what it is? For some, it’s about scrounging a free place to doss so budget travels stay that way. For others, it’s about a desire to avoid the cultural bypass of big beige hotels.