Revisiting the past and redefining the future on a journey down the Colorado River.

Rivers are transformational. Every drop of water, every bend, every cut into deep red earth changes the course of these waterways and the people that pass through them.

My first experience with river running came at a young age. My old man bought me a green Mad River canoe with teak gunwales and wicker seats on my ninth birthday. It was the best birthday gift I’ve ever received in my life.

Only problem… he would never let me captain the boat. At best, sometimes I got to sit in the front seat while he steered us around Colorado’s rivers and lakes. But mostly, I was relinquished to a cushion on the floor in the middle, amidst the smelly fishing tackle, day-old sandwiches and weird, peanut-shaped marshmallow candies.

But floating down magical waterways like the Colorado River’s Ruby Horsethief Canyon, it hardly seemed to matter if I was in back or in front. I was there – and that was enough.

As with any memory of a middle-aged man, my tawny-hued recollections of those river trips all seem to come together into a unified vision of my past. The rivers have no names, the rapids were all big (but we never flipped), and those eagles and snakes and turkey vultures all lived on the same bend of the same river on that same trip that we did over and over again.

On this Big River of my childhood we got lost, had fights, splashed in the water, raced our friends the Goldmuntz in their Old Town canoe, conspired in hushed tents, and snuggled in next to our bigger-than-life Dad as the night came on and the shooting stars began to fall.

It was perfectly imperfect. Just like our little family with a single dad, an occasional wicked stepmother, a big sister who was more mature than all of us, and a 90-pound kid who wanted to be captain.

Rivers continue to transform my life. When my own daughter was born, I started saving up for a canoe of my own. Instead of green, I got red – I’m not going to repeat my father’s mistakes.

Our first trip out in the Little Red Canoe, which my daughter named Snoopy, was on a small lake just outside of Denver. We paddled for just over 100 meters. Two years later, my daughter still talks about our big expedition on Wellington Lake.

I’ve also managed to get Snoopy out on a few of Colorado’s rivers. Thankfully, these golden waterways still run wild, despite attempts by certain politicians to dismantle our national lands.

I returned to the Colorado last spring to run Ruby Horsethief on a three-day, adults-only trip that took me into my past and started to redefine my future. Finally, I was in the captain’s seat – maybe not just on the river, but in life. The stresses of work, of a new relationship with the beautiful woman who braved the river wilds with me, of fatherhood, of bills and mortgages and deadlines seemed to wash away with every dip of my paddle.

I was a kid again. We skinny dipped, shared passionate kisses, headed out on heat-scorched hikes to see petroglyphs that we never managed to find, and chatted over fires that seemed to stay lit for hours, even when the logs ran out.

We made it through every turn in the river without a hitch. It was all so familiar. The turkey vultures and eagles are still there. Look closely enough at the towering walls that encase the canyon, and you can still find faces of renegade Indians and frogs in the golden orange-and-red cliffs. And running the Class II rapid at Blackrock in a tippy canoe is still scary as shit.

But from my captain’s seat at the rear of the boat, it all felt brand new.

As a boy, I understood on a very base level the power of rivers. It’s why I wanted to be captain. I wanted to navigate through this primordial force of nature. I wanted to find its flow.

Greg Benchwick lives in Colorado and writes about travel and adventure for publications worldwide.

Where Is the Wiki?!

Preparing to be the first woman to paddle the entire length of the Nile, Sarah Davis learns what's involved with organizing a first-of-its-kind endeavor. 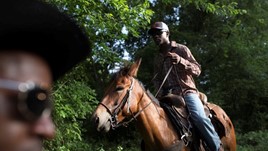 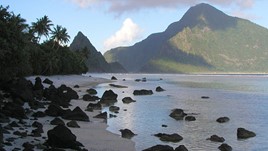 5 Lesser-known National Parks for Water Lovers in the USA

The crowds are scarce and the rewards plentiful at these 5 wet-and-wild destinations.