The most authentic way to travel around Nicaragua is by the public people-movers nicknamed "chicken buses". These old, decommissioned American school buses rattle and lurch like a dilapidated roller coaster – but that's part of the fun. Plus, you're guaranteed to chat to a friendly local.

Granted, not everyone enjoys that level of local realism. Chicken buses can get crowded, hot, and are favored by pickpockets.

Then, there's the added risk of drivers veering recklessly along the edge of a cliff, which does carry a measure of risk. But, hundreds of travelers hop on these buses each week without any major issues. Just practice standard safety measures: keep your belongings close, respect those around you, and stay alert.

If money's not an object (lucky you), consider getting around using high-quality tourist buses, or even hiring a driver during your stay.

Local drivers know their way around (Nicaragua is an easy country to get lost in), they know the rules, and how to bend them the right way. If you get into an accident, only the driver will be taken to custody (more on this later).

If you're among the very brave and decide to drive yourself, there are several things to bear in mind.

1. Forget that sidewalks exist. In most of the country, they don't. That means everyone shares the road: pedestrians, cyclists, oxcarts, horses, motorbikes with impossibly large loads.

2. Many vehicles are in bad condition, so they either go slow, have no lights, or stop suddenly. The locals are used to this. You need to get used to it fast.

3. Turning indicator lights – if they work – are seldom used. But it's common for drivers to indicate their intentions with hand signals. Best to keep a safe distance and drive defensively.

4. Buses can change lanes without warning, and cars will pass on blind turns and hills without care.

5. Although most roads are in fine condition, few are marked. Side roads in the countryside are the exception. These are in terrible condition, and should be avoided without a four-wheel drive.

If there's an accident, don't move

Now this is very important: if you get into an accident where someone gets hurt or – knock on wood – loses their life, you must under no circumstances move the car. Even if it's blocking traffic, even if everyone is telling you to move it - don't. If you move it before police arrive, you'll be assumed to be the guilty party, and you could be detained for at least two days or several months, depending how quickly your case is processed.

Also, more than a few tourists have reported being stopped by police and hassled for a bribe. Rental cars and foreign plates are targeted, and the cops have been known to seize licenses and registrations from those who don't pay. If you get an on-the-spot "fine", note the name and badge of the officer, and ask for a receipt. Then show these to your embassy.

These reasons show why it's wiser to hire a driver, or at the very least, travel with a local or someone who knows the country well.

Where to go in Nicaragua

Onto the regions: driving to the northwest is totally fine, but you should stick to the main highways. The Atlantic coast is where things get complicated. It's a poorly-policed area with old infrastructure. Even flying there carries some risk, since airstrips are tiny and planes of doubtful condition. Only go with local help or prior experience.

If driving in from another country, use the main border crossings. From Costa Rica it's the Penas Blancas crossing, and from Honduras it's Guasaule, El Espino, and Las Manos.

Make sure your car complies with the rules: have an emergency triangle, fire extinguisher, and proper registration. Car insurance – needless to say – is a must.

The US dollar is the only foreign currency widely accepted along the Nicaraguan Cordoba.

Credit cards are also widely accepted in major hotels, restaurants, and urban shops. Avoid using plastic in places without solid reputation – credit card fraud is present and some machines could be equipped with skimming devices that copy the information on the magnetic strip.

ATMs are available in hotels, banks, shopping centers, and gas stations. If you're taking out cash in areas without an obvious police presence, take caution. Cover your PIN against potential spy cameras or shoulder surfers, and move on quickly.

Money is best exchanged in hotels or banks. There are free-roaming street changers called cambistas. You can spot them by the wads of cash they wave around. Leave them to the locals. There's nothing stopping them from ripping you off. How to Stay Healthy and Safe in Nicaragua

These are the things you need to know about health and hygiene, as well as earthquakes, active volcanoes and hiking safety advice for Nicaragua. 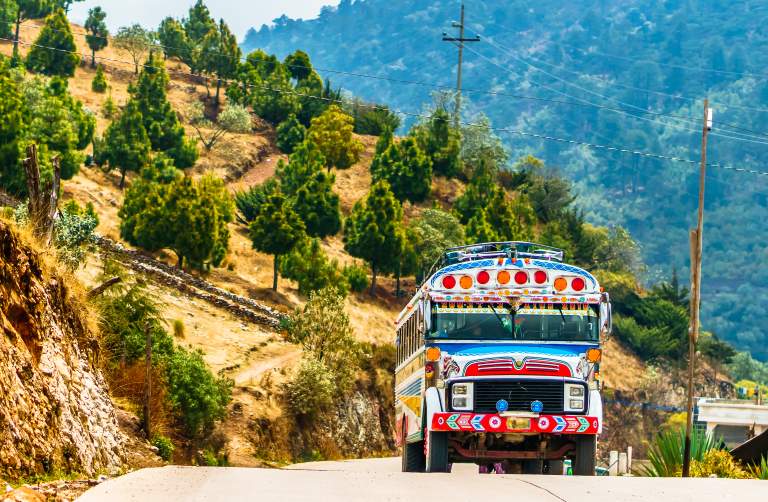