An Earthquake Experience: What to Expect

We asked video producer Jesse Chard to share his experience of the 2011 earthquake in Japan. This is what you need to know.

Jesse Chard, former video producer for World Nomads, was in Japan when the 9.0 earthquake struck off the northeast coast of Honshu Island on March 11, 2011.

Fortunately for Jesse, he was outside the immediate danger zone, and was in Osaka at the time when he wrote to us about his experience.

My experience of the earthquake

When the earthquake hit, my friend Dan and I were sitting in a tiny laneway restaurant nestled deep in the heart of Namba, Osaka.

The hyperactive frequency of Japan is easy to get lost in, and it's only when you settle down for a second that you are able to gain some perspective on what is going on around you. Tucking into our soup, we glanced up at the TV to see a flashing map of Japan, the entire eastern seaboard covered in red and orange.

For the next 24 hours we would see this superimposed map, blinking like a beacon wherever we would go. It sat upon scenes of unspeakable devastation which echoed Indonesia and Haiti - huge plumes of water soaring down subways, score-tonne freight containers floating along the water like marshmallows, images of office buildings with petrified workers hanging on for dear life as their workplaces shook with tremendous force.

The broadcasts themselves were of an apocalyptic eeriness - news presenters, donned in hard hats, delivered information as it came to them, with stacks of papers piling up behind them. Journalists in the background frantically scrambling to piece together the tumult of information in front of them. In the thick of this, an aftershock rattles the studio walls, causing the news presenter to gasp in terror.

In the upper right corner, a counter kept ticking over, the Kanji detailing 'Dead' and 'Missing'. This tally would continue to rise unabated throughout the night, and conversations with Japanese nationals would reveal a typical, quiet concern for family and friends all over the country.

One girl I spoke to mentioned that her grandparents were in Myagi prefecture, along with over 800 people stranded in a gymnasium, which was in danger of catching fire. Her words were chilling as she gently resigned to the fact that she would quite possibly never see them again.

The stories, concerns, and worries flowed, but Namba continued to pump along - It is a section of the city that is restless, and even in the face of abject devastation, it sustains its normal level of madness with relative ease. But while the geographical distance from the quake provided a practical solace, you could tell that the reality of the situation, and the potential danger, wasn't far from everyone's mind.

The experiences of a morning observing the breathtaking Osaka castle, a structure packed with a brilliant, beautiful, yet bloody history - an afternoon spent lodged in the thick of Namba's amazing grid of brilliantly bursting electronic intensity and chaotic confusion, which merged into an evening lost in that region's labyrinth of Bladerunner-esque laneways and sidebars.

The chance meeting of Dave, a brilliant singer and musician from New Orleans who invited me and my friends to his kooky Creole apartment bar for a great Delta blues jam session, then the culmination of a twilight hour dubstep freak-out dance bust at an underground micro-bar with a group of crazy fun Japanese people.

All these experiences, amazing and beautiful - superimposed by the unrelenting, blinking map, reminding me of the horrible, tragic reality that everyone in Japan now faces. A map that will blink, i'm assuming, for some time now.

Who to call and what to do next

It is important to remember that the situation you are in can be extremely stressful.

Call home and your country's Consulate or Embassy to let them know where you are, if you are alright and if you need any assistance.

Keeping an item of comfort nearby, such as a family photo, favorite music, or religious material, can often offer comfort in such situations.

When you get out or get back home if you become unwell within 6 weeks of returning with fever, rash, respiratory illness or any other unusual symptoms seek medical attention and tell them that you were recently in a disaster affected region. 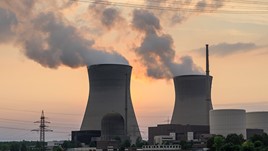 Radiation in Japan: Are You Still at Risk From Fukushima?

Find out how much danger travelers really face from the radiation at Japan's Fukushima Daiichi nuclear power plant, and if Tokyo is a safe distance. 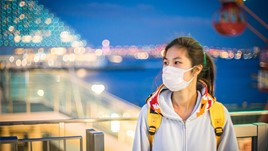 Read these health tips and talk to your doctor about these routine vaccinations before you go to Japan.