Is Serbia Safe? How to Travel Safely

Belgrade and other cities in Serbia are relatively safe for visitors, but here are our top tips for travelers on crime, bribery and the mafia operating in Serbia.

Serbia shares its borders with Hungary, Romania, Bulgaria, North Macedonia, Croatia, Bosnia and Herzegovina, Montenegro and Kosovo, a country it doesn't recognize. This Balkan country is famous for Rakija (homemade fruit brandy) and Slivovitza (a very strong spirit). Beyond the alcoholic content of its local beverages, there are a few things travelers should know before they go.

For a country that's slowly emerging from years of war and internal security issues, Serbia is relatively safe when it comes to crime. Like elsewhere, travelers should take common-sense precautions.

Belgrade does not have high levels of street crime, but pick-pocketing and purse snatchings do happen, and tourists are prime targets. Travelers in Belgrade should keep their belongings on them at all times, and never out of sight.

Unlocked cars, items left in plain sight in a car, open gates, and open garage doors make attractive targets for thieves – but this is not unique to Serbia. If you are carrying valuables, don't be overly flashy in public.

A report by Belgrade-based newspaper Blic says bribery has become a way of life in Serbia. Two-thirds of survey respondents said they'd been asked for a bribe and 50% said they'd offered a bribe.

The average size of bribes was €178, but most were around the €50 mark. Interestingly the people who were being offered or asking for bribes were most commonly medical workers (38%), probably indicating some difficulty in accessing quality health care in the country. The next most popular targets for bribes were police officers (35%), then local government officials (10%). Don't encourage the bad habit by succumbing to bribery.

In Serbia, difficult economic conditions have sparked the growth of organized crime, and violent crime is most often associated with this.

But travelers shouldn't be too worried. Tourists are almost never the target of violent crime, but Mafia-style reprisals have occurred.

When those kinds of crimes happen, innocent bystanders may become unintended victims of crime. You should be especially on guard in city centers here, just as you would anywhere else in the world.

Don't be alarmed, just be aware of your surroundings.

Travelers are subject to local laws, and foreign laws may be different to what you're used to back home.

It is prohibited to take pictures of the old annex to the Ministry of Defense building or the old Ministry of the Interior building. Be careful taking street photography, and ask first if you're unsure. Possession or dealing of drugs is punished with strict penalties usually including a prison term.

While homosexual activity is not illegal in Serbia, there are gay-friendly hotels, clubs and events (including an annual Pride parade), homosexuality is not widely accepted. Discrimination based on sexual orientation is illegal, but unfortunately, there is still a negative attitude towards LGBTQ+ communities and public displays of affection may receive negative attention. Same-sex marriage is not legal.

In 2019, the Serbian police clashed with people who were trying to stop the Belgrade Pride Parade. Each year, despite protestors showing up to the parade, local mayors and government officials have shown up to show their support for the LGBTQ+ community in Serbia.

The area of southern Serbia, bordering Kosovo, may have unexploded landmines leftover from the civil war in the late 1990s. It is advised that if you are traveling in this area, you stick to well-used roads and paths.

Get a travel insurance quote for Serbia 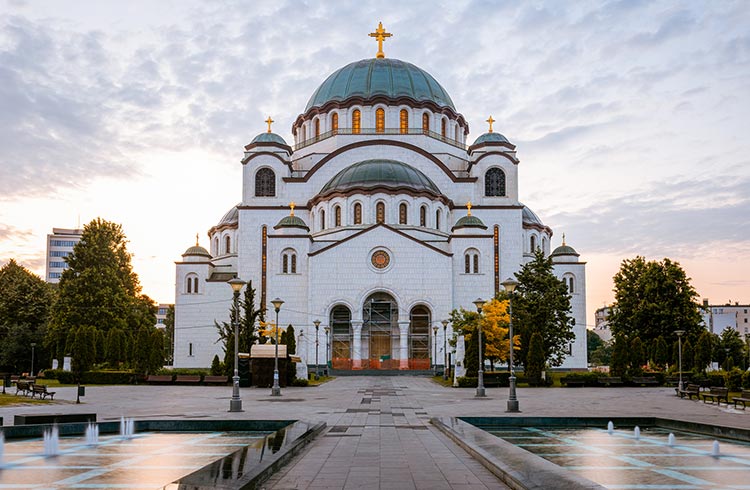 Serbia's Borders and Customs: Tips for Entry and Exit

Crossing the border in Serbia is not a simple process. Here's what you need to know to stay safe and out of trouble.