Want to visit a football game on your visit to Buenos Aires? Here's how to stay safe in large crowds, and what to do if there's a riot.

With more than 3,000 registered teams, two World Cups trophies and the greatest player that ever lived (simply known as 'El Diego'), you cannot escape the game’s magnetic pull.

Seeing a game while you're visiting is a rite of passage and the place to do it is Buenos Aires, which has the highest concentration of teams. Boca Juniors – the side that produced Diego Maradona – is the country's most popular team, closely followed by local rivals River Plate. When the two sides face-off, it's the most heated, passionate, and sometimes dangerous game in the Argentinian football calendar and an absolute must-see for any visitor.

The 'superclasico' is more than a game – several times a year, a derby which decides bragging rights for an entire city, casting all other results aside; if you beat your local rival, everything is good in the world.

Boca plays in the iconic Bombonera Stadium, while River's home ground is the Monumental and tickets to either side's games are easy to get hold of if you book in advance, but expect to pay over the odds for a superclasico.

You do need to be vigilant where safety is concerned, but most of the violence (if there is any) from the infamous ‘ultras‘ tends to take place away from the ground.

Make sure you check out the parrillas outside the stadium, where entire cows are barbecued and served up to hungry fans, testicles and all.

And face it, if you're brave enough to eat cow's nads, you've already done the hard part.

Thanks to Paul Hansford, editor of Australian FourFourTwo magazine.

A Fan's Story: Adonis at La Bombonera - A Cracking Day Out

"Being a fan of the beautiful game, Latin America‘s football culture was one of the many reasons why I chose to visit. Since Buenos Aires has a few teams, I decided to follow the most passionately supported one, Boca Juniors. As they are the team favoured by the lower classes, their stadium, the Bombonera, is in the middle of the poorest (and therefore most dangerous) part of central Buenos Aires. Tourists are advised to go with a tour group at the cost of around $40, or at the very least to get tickets in the less boisterous seated areas which go for around $25.

Naturally I got myself the cheapest $4 ticket to stand behind the goal with the more ardent and unruly fans. I wanted to experience the real thing and not a sanitised version, but I was still nervous, as I had heard a few first-hand tales of people being mugged in that part of the stadium. My worries eased when I persuaded a few people from the hostel to join me.

Once we got inside the stadium, it was pandemonium. We weren‘t sure where we should go and we didn‘t dare ask anyone in case we gave the impression of being helpless vulnerable tourists. It didn‘t occur to us that with a few of our party being tall blonde Europeans who looked like poster boys for Aryan supremacy, our origins weren‘t much of a secret.

I let myself fuse into the horde, and I was practically carried to the central stands behind the goal by the flow of the crowd. The tightly packed bundle of human emotion around me was electric. The team wasn‘t even out on the pitch yet but the stands were full and everyone was singing, shouting, eating, drinking, waving flags, jumping around or any combination of all of those. There must have been about ten thousand of us crammed behind one goal and a similar amount doing the same behind the other.

When the match kicked off, a small group of hardcore fans in the middle of the stand started jumping around and singing and didn‘t stop until the match was over. Not even half time could blunt their enthusiasm. Boca Juniors won the match 3-0, but I‘m reliably informed that the same thing happens even when they are losing, as the fans are devoted to their team.

It was clearly more than just a sporting event to those fans, especially the sweet old woman next to me that spent the match swearing like a hardened criminal.

After speaking to a few people that had been to Boca Juniors matches, about half of them loved it, while the other half ended up having something stolen or being intimidated in some way. If you‘re prepared to take this risk, which can be reduced by being smart about your appearance and behaviour, then the experience is outstanding value for money. The whole event including tickets, transport and food cost me the equivalent of a pint of beer in a London pub."

Thanks to Adonis Stevenson for this excerpt from Travelantics, his first book based on his round-the-world travels. More on the Travelantics website or buy the book from Amazon.

What to Do If Violence Breaks Out at a Football Match

The perpetrators of crowd violence and hooliganism are well aware that police monitor all football matches and that they will quickly detect and react to any incidents of violence inside the stadium. Incidents inside the stadium are therefore rare nowadays but in the unlikely event of violence breaking out inside the ground the following safety precautions should be followed:

What to Do If Violence Breaks Out Outside the Stadium

Crowd violence and acts of hooliganism are more likely to take place outside, but in close proximity to, the stadium. If this occurs there is the unfortunate possibility that innocent spectators could find themselves unwittingly caught in the disturbance. To avoid or reduce the threat, adopt the following guidelines:

Action After a Violent Football Incident What would you do at a festival or concert, if there was panic in the crowd and it started moving as one? We asked a professional crowd controller for their expert survival tips. 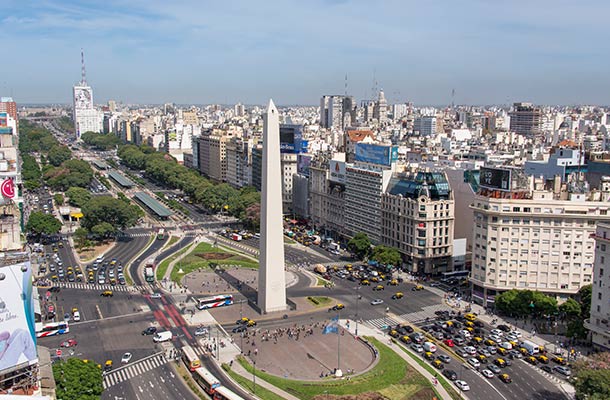 Powder hounds, you’re in luck – Argentina’s ski season begins just when the Northern Hemisphere season ends. Here’s where to go, from trendy and glamorous to low-key and remote.