How to Deal With Harassment from Touts and Beggars in India

Being approached by touts and beggars can be intimidating, but there are proven ways to deal with them without causing offence. Here's how to politely tell the touts to stay away while traveling in India.

Touts, or spruikers, are an unfortunate fact of life in India. In fact it's wise to assume anyone actively trying to help has a hidden agenda of some kind.

They might represent themselves as "tour guide," but in fact they are usually operating on behalf of a local hotel, restaurant, souvenir shop or taxi service and will get a generous kickback if they are able to convince you to do as they say. Sometimes they don't even pretend to be something else, they will just blatantly hassle you to buy a souvenir.

Having said that, in non-toursity areas it's not at all uncommon for people to go out of their way to proactively help you without expecting anything in return.

So don't be so on your guard that you miss out on meeting a genuine local.

The first thing to remember with touts, is that inevitably when you encounter them you will be a bit stressed. For example you'll usually have just gotten off a train and want to find your way to your hotel for a shower and a lie down.

The second thing is that they are rarely alone.

It's easy to see why travelers get so frustrated with them. Especially when they're mixed with calls for things you might actually need; "Taxi, sir?" or "Hotel, sir?". Or in the markets; "Scarf, sir?", "Shoes, sir?", "Wooden elephant, sir?", or "Fake beard, sir?".

Of course they will claim that everything will be a "special" rate, and will be "very cheap" and of "good quality".

The first thing to remember is to keep your cool, but you will be calling on all your reserves to remain patient and polite. Remember these people are dirt poor, and to them you are a very wealthy person.

You need to change yourself into India mode. In the west people are programmed to react or respond to someone asking us a question. So by saying a firm "no" or a "maybe later" to an offer you are actually reacting. By responding to them, they will read this as a sign you are engaged and listening.

That's why it is best to simply remain silent. If they persist and keep following you, a good trick is to simply stand still, and gesture to them to keep walking.

Sometimes a taxi or rickshaw driver will offer a reduced fare if you agree to visit a few handicraft emporiums on the way to you destination. No purchases are necessary... apparently.

So, what's the catch? When the number of emporiums to be visited increases from a few, to at least 5 or 6, the driver can maximize his commissions.

The sales people in the emporiums don't let potential customers get away easily, so this exercise can end up taking hours. The trick is to be firm, and then tell them you're leaving. Suddenly you'll find you them much more co-operative.

Use it to your advantage

One final note to remember, is you can use touts to your advantage.

A tout will actually turn from pester to co-operate mode the moment the scammer realizes you are willing for their service. After all, they are interested in business – they don't derive some weird pleasure from hustling you, and they know the local area like the back of their hands.

By using your new friend as a de-facto guide, you'll actually get to the local points of interest quicker. In fact, you may find yourself seeing things you never would have found while squinting into your guide book.

The added benefit of trying this approach is that once you commission one, you're usually considered "sold" for the rest of the touts. This means you're no longer the center of an undignified scrum.

Obviously you need to take care. They may still try to take you to places you don't want to go. So you need to continue to use your common sense and good judgment.

In the end, when dealing with touts you'll find yourself losing you temper from time to time, and almost instantly regretting it.

It's best to remember to simply keep your cool and get on with what you're doing. After all, such experiences are all part of the wonder of traveling in India. 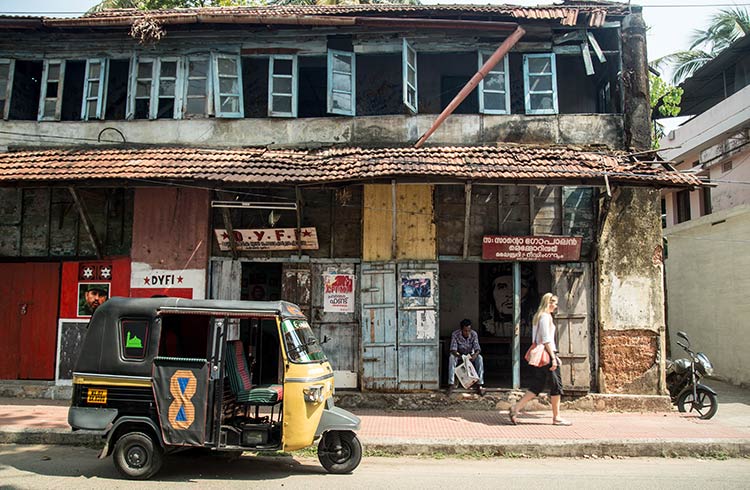 Mariellen has lived and traveled through India alone, and only encountered a few uncomfortable incidents. She shares her tips for safe travel, and talks about the common misunderstandings.