Tanzania has more than 120 tribes, all with their own traditions and customs. The best way to experience their culture is to stay in a tribal village where you will be joyfully involved in a unique way of life.

Village stays with these East African tribes are authentic, local experiences of Tanzanian culture. They’re much more immersive and engaging for travelers than the traditional tourist tours, and present an opportunity for visitors to really partake in everyday life as well as true Tanzanian customs.

Village stays can be arranged through Udzungwa Forest Camp, Hondo Hondo, in southern Tanzania. Make your way here by driving or catching the local bus from Dar es Salaam, or travel to the nearby city, Ifakara, and then travel to Hondo Hondo the next day. The places listed below are specific village stays and guided trips, and can’t be made independently.

The monies raised from your visits go towards schooling for the Wasukuma tribe’s children, and the Wandamba tribe’s village funds for emergencies, such as hospital treatments.

Accommodation is either in huts made from grasses on the edge of the village or in one of the villager’s mud huts; you will need strong insect repellent. You will get to try foods that are typically Tanzanian, sourced according to the seasonal and availability, including fresh fruits, fish, cereals, rice, meats, and vegetables.

The Wasukuma tribe are the ‘cowboys’ of Tanzania, rich in livestock of cows, sheep, and goats. This flamboyantly dressed migrant tribe have historically traversed the country to provide grazing land for their cattle. They're the largest ethnic group, statuesque in height and visually stunning with their statement body jewelry. Often dressed in their traditional blue and purple cloth robes, the tribespeople also hip knives and walking sticks to herd their cattle, whilst wearing Stetson hats and wellington boots.

One of the villages that welcome visitors is Madabadaba in the Kilombero Valley, southern Tanzania, on the banks of the beautiful Mafinji River.

As a guest, you’ll be able to shop for bargains at the vibrant local market that sells herbal medicines, foodstuffs, and brightly colored patterned cloths. The highlight of the stay is joining the tribe in catching supper (a goat). This involves driving out onto the floodplain to the bomas, circles of thorn tree bushes that protect sheep and goats from lion attacks.

This is followed by trying to grab the dish of the day. I've seen British rugby players totally fail to catch the goat, just to have the chief's five-year-old daughter snatch one in seconds!

One of the male tribe members then slaughters the animal, and the meat is roasted slowly over an open wood fire and is eaten while the tribespeople stories.

Travelers can also stay with the Wandamba Tribe, traditional rice farmers, and fishermen known as the ‘People of the Valley’, due to their origins in Tanzania’s Kilombero Valley area.

it's a four to five-hour canoe ride along the Kilombero River to the village, and you might get to spot a hippo en route. You'll arrive at Mikeregembe, the last village before the Selous Game Reserve, known as one of the largest faunal reserves in the world.

After a warm welcome from the villagers, and a fresh fish supper, you’ll be encouraged to sample the local brews at the pub – a wooden thatched kiosk encircled by benches and chairs. Run by jovial resident barman Mensa, the pub stocks a range of local tipples: from the gin Machozi Ya Simba (which translates to ‘the lion’s tears’) to the palm wine Pombe Mnazi. Only the brave try and survive Teka – an alcoholic maize-based porridge. You’ll also be taught the national board game of Bao.

On the second day of the tour, there's time to explore the village, including watching how fishing nets are made and how the early morning catch, including the funky razor-toothed tigerfish, is prepared for smoking and drying. There's a guided walk into the surrounding Miombo forest, populated with thin trees with umbrella-shaped crowns and shrubs and grasses growing below. The village guide will point out tracks and signs of wildlife, whilst keeping a careful eye out for marauding elephants.

The late afternoon is spent participating in the locals versus visitors fishing competition. You’ll be shown how to make traditional fishing lines and enlist the Wandamba children to help you find worms for bait. Out on canoes on the river, it's a race to see who gets the catch of the day. As you gently float, waiting for the fish to bite, you can sip a beer against a backdrop of a superb sunset behind the mountains.

To experience Swahili culture, try a homestay in central Tanzania, with the Wahehe tribe on the outskirts of Iringa town. Regarded as a great warrior tribe, they rebelled against the German colonial rulers during the late 19th century.

Today, although many Wahehe are regular mosque or churchgoers, they may tell you stories of witchcraft. A visit to the witchdoctor can be part of everyday life in Tanzania, akin with daily horoscopes, with even the outcome of an important soccer match being sought after. 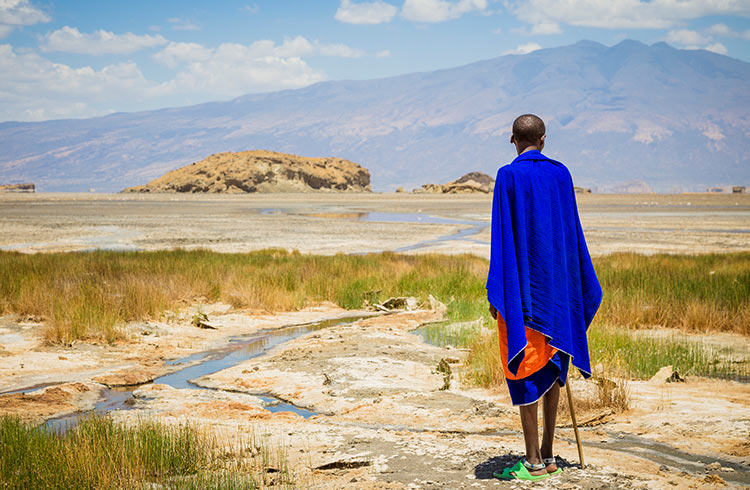 Learn the do’s and don’ts of Tanzania. Find out how to dress, why you shouldn’t eat food with your left hand, and a few other etiquette tips before your trip.