Food here is as varied as the region itself, combining local produce, spices, and seafood with influences from around the world. Audrey Gillan visits three islands, discovering three very different food cultures.

Through a window hatch at the front of a brightly painted wooden shack, Cuz hands me a fish cutter, his face breaking into a giant smile. I’ve been waiting here, near Pebbles Beach in Barbados, the easternmost island of the Lesser Antilles, for one of its most famous sandwiches – cutters – a salt-bread roll filled with fried fish seasoned with Bajan spices. These are typically allspice, onion powder, chilies, thyme, parsley, nutmeg, clove, and black pepper.

Cuz’s father, Cuz senior, began the business almost seven decades ago, and the family still sells around 500 cutters a day. Pointing to a stack of rolls, Cuz says: “When they’re done, I’m done; I pack up and go.” Inside, a radio blares and two large pans keep the oil sizzling as Cuz deftly fries fish and fires them onto buns, topping each with salad. The fish is soft, sweet, and so moreish I get back in line for seconds.

Eating out in Barbados can be expensive – the west coast of the island is dotted with wallet-busting fine-dining restaurants – but when you seek out the local fare, you’ll find gems like Cuz’s. Food stalls and vans serving hot lunches out of their back doors cluster in beach car parks and “pon de roadside”: fried chicken or baked fish, accompanied by macaroni pie – known as just “pie”; it’s made with long tubes of macaroni, mixed with cheese, evaporated milk, Bajan spices, and hot sauce, all of it baked until crisp. These are cooked daily in homes across the island, loaded into silver chafing dishes, and driven out to meet demand.

Stop by the wet markets in Bridgetown, Oistins, or Speightstown to see the abundant varieties of fish caught not far from shore: marlin, mahi mahi, and the ubiquitous flying fish, that shimmer when they swim in shoals and break the surface of the water. Upstairs at bustling Cheapside vegetable market you’ll discover tiny, hole-in-the-wall food stalls that fry doughy fish cakes made from salt fish, flour, herbs, and spices.

Or take your own, self-guided local food tour by hopping on one of the souped-up vans (ZR buses) that pump out reggae music and beep their horns at potential passengers on the sidewalk. Costing $1 US a ride, they’re an ideal way to skip from rum shop to rum shop, sipping rum punch while you try Barbados’s national dish: flying fish and cou cou ­(cornmeal and okra).

In Barbados, “having a lime” is to party and have a good time, and zipping around on “reggae buses” is just that.

There’s nutmeg and cinnamon, soursop, sugar apples, limes, plantains – even cow’s milk in recycled glass bottles, all piled on top of wooden stalls. It’s a Saturday morning at Castries Market in St. Lucia, about 110mi (180km) northwest of Barbados. Chef Craig Jones – a big, white, Welsh Rastafarian – and I are picking our way around large, muddy puddles amidst a cacophony of cries and Creole sales pitches. I point quizzically to a large root vegetable, but before Jones can answer me, the stallholder is trying to tempt him: “Look at these dasheen, Ras, beautiful dasheen.” I am still puzzled so Jones – who has been cooking on St. Lucia for two decades now – explains: “Dasheen is like a dry potato, and it becomes sticky when you cook it.” All around us is the sweet smell of mangoes, laid in vast piles, all different shapes, sizes, and hues. “There are 30 to 40 different varieties of mangoes,” Jones tells me. “There’s mango Austin, which is great, but mango Julie is the sweetest and has the best texture and taste.”

But the most prolific fruit in St. Lucia is the banana. Like almost everything grown on this island – it’s a similar story across almost all of the Caribbean – it was imported during colonialist slave-owning times, replacing sugar cane as the cash crop. It features in the confusingly named national dish, green fig and saltfish: green fig is really just green banana. Full of iron, it’s boiled to make it more digestible and served with saltfish (salted white fish, often cod).

It’s at roadside pitstop Red Truck that I find true St. Lucian cooking: stewed pork cooked in its own juices (no water), cloves, onion, chives, and seasonal peppers. There’s black pudding and a deep-flavored cow heel soup, thick in texture from split peas and okra – loved across the island, it often has dasheen or green fig added in.

The cooks offer me a rum punch to wash down my meal. I take a big gulp – realizing too late it’s more firewater than cocktail; it leaves me choking and laughing. My St. Lucian friend Ulrich Augustin snorts: “It is more of a sipping drink.”

Sunshine is holding two spiny lobsters in both hands and asking if I’d like one – of course I would. Freshly caught in the waters just off Nevis, a small island near the northern end of the Lesser Antilles, the lobster is grilled and served with butter and hot sauce. I must have it with his famous Killer Bee, says Sunshine (real name Llewellyn Caines: “My grandmother called me Sunshine from the day I was born, because I smiled and didn’t stop”). It’s a rum-based, spicy cocktail with some kicks so secret he’d have to “kill me” if he told me what they were. He boasts: “It’s so good, people come over from St. Kitts just to drink it.”

On the tables at Sunshine’s restaurant on Pinney’s Beach are bottles of Nevis Hot Pepper Sauce. I discover they’re made by Llewellyn Clarke, an English chef who returned to his family’s Nevis roots to cook in a hotel, and set up a sideline making what I believe to be one of the finest hot sauces in the Caribbean.

In his kitchen in Rawlins Village, known as the island’s breadbasket because of its abundance of fruit and fresh produce, the smell of sweet but punchy Scotch bonnet chilis fills the air as he boils the fiery red peppers down with vinegar, salt, sugar, thyme and garlic. “My bottles are filled with love and sunshine. I don’t do the final bottling until I think the sauce has matured enough – I am always tasting it, it is just like making wine. There’s a point in your memory where you know what something should taste like,” he explains.

The national dish of Nevis is fried fish and johnny cakes, originally derived from the word “journey”, possibly because the balls of slightly sweet, crisp-fried dough are easily portable. Often, johnny cakes will be served at breakfast with stewed saltfish, tomatoes, lettuce and hard-boiled eggs. Also beloved is goat water – more like a cross between a soup and a stew – with hints of clove, black pepper, thyme, and Scotch bonnet in the sauce, cooked low and slow until the goat is meltingly soft. After only a few mouthfuls, I need a bottle of Carib beer, because goat water, like so many things in Nevis, has a bit of a kick. 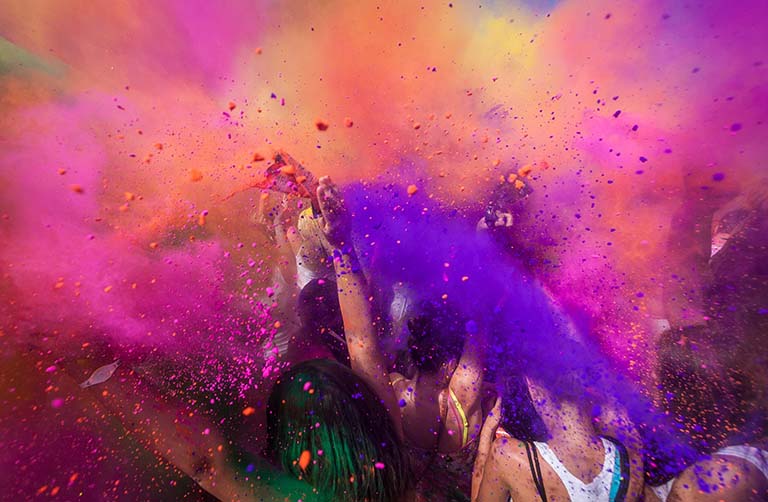