6 Things to Know Before You Visit China

Travel in China can be complex. From getting a SIM card, to navigating the language barrier, to the best places to visit, here are six important tips to help make the most of your trip.

When I made the first of my dozen visits to China, I was dazed and confused by this extraordinary country, which felt ever-so-foreign to a lad from Australia. China is not a country you should visit on a whim – it demands and rewards preparation. Here are six things you should know about China before your trip.

China is filled with incredible old towns and villages, authentic places where traditional lifestyles and architecture survive. It also has dozens of misleading “ancient towns” which are inauthentic and unappealing recreations of historic communities.

This is a peculiar and recent phenomenon. China’s rush towards modernization has seen it bulldozing many of its oldest neighborhoods to make way for new developments. To try to fill this void, it has built endless faux-ancient towns where mostly local visitors can see what China’s communities once looked like. They’re pretty, no doubt, with their arched bridges, quaint teahouses, narrow stone streets, and graceful buildings embellished by ornate multi-tier roofs. Except that, like a movie set, there’s nothing behind the attractive facade.

These touristy locations are typically located on the outskirts of China’s cities, whereas the genuine old towns are further afield. The latter are well worth the effort, whereas the former are a waste of time, so research these locations before you visit. I detailed five of my favorite real ancient Chinese towns in this story for World Nomads.

Japan is world-renowned for its bullet trains, having pioneered this futuristic mode of transport in the 1960s. At that time, China’s rail network was rickety and limited in scope. In the past 15 years, though, China has not just caught up with Japan but overtaken it.

Incredibly, China now has more miles of high-speed rail than every other country in the world combined, stretching almost 23,000mi (37,000km), and the system is constantly expanding. Every major city in China has high-speed stations, and these bullet trains are efficient, modern, comfortable, and very cheap. For example, the 180mi (290km) trip from Shanghai to the historic city of Nanjing takes just 60 minutes, and costs only USD $24. A similar bullet train journey in Japan or Europe could easily set you back $70-plus.

China is synonymous with skyscrapers, monumental temples, and teeming markets. This leads many visitors to think of China as an urban destination and fill their itineraries with city experiences. What a mistake that is. I recently went deep into the Swiss Alps – world-renowned for its jaw-dropping alpine scenery – yet it was no more spectacular than many mountainous locations I’ve visited in China.

I still daydream about the days I spent trekking and staring in awe at the dramatic Jiuzhaigou National Park. That wonder in Sichuan Province, central China, is one of a cluster of untamed national parks on the Tibetan Plateau.

I was equally smitten with the spiky karst mountains and snaking rivers of Guilin Lijiang National Park. Not to mention the tranquil West Lake National Park in Hangzhou, where that body of water is fringed by willows, stone bridges, classical gardens, and ancient structures. China’s cities are massive and deeply interesting, but don’t let them dominate your itinerary.

Get a SIM card and change money at the airport

In popular Asian travel destinations, such as Thailand, Vietnam, Singapore, and Malaysia, it’s extremely easy to change money or get a SIM card, the latter of which is now key to facilitating modern travel. There are money changers everywhere in their tourist hotspots, and SIM cards can be bought from convenience stores or phone shops.

Whereas, in China, if you don’t complete those two pivotal tasks before leaving the airport, they become arduous. I speak from experience. Most Chinese hotels do not change foreign currency, and even more surprisingly, nor do many Chinese banks. If you’re stuck, the Bank of China is your best bet, although whenever I’ve exchanged currency there it was a long and laborious process.

I’ve also had to traipse around the huge Chinese city of Chengdu looking for a shop that would sell me a SIM card. It took hours. That was my fault – I should have just bought a SIM card and exchanged money at the airport, where that is comparatively quick and simple.

Chinese food is different than you think

From when I was a child in Australia, Chinese was my favorite type of food. Then I landed in China for the first time in my 20s and didn’t recognize any of the dishes. What many people from Australia, Europe, and North America think of as Chinese food is actually Westernized dishes that don’t really exist in China.

If you walk into a restaurant in China, don’t expect to find General Tso’s Chicken or Orange Chicken, let alone fortune cookies. That’s not bad news, though, because authentic Chinese food is incredible. In Shanghai, try the addictive steamed crab; in Chengdu, savor the ultra-spicy smoked pork sausage; in Xi’an, get the chili-oil-drizzled langpi cold noodles; and in Beijing, pick the lamb-rich Mongolian hotpot.

Don’t expect locals to be able to speak English

In many of Asia’s most-visited countries – Japan, India, Singapore, Thailand, Malaysia, Vietnam – you’ll rarely have trouble finding someone who speaks at least some English. Not so in China, and especially if you’re outside of its most-visited cities Shanghai and Beijing.

Beyond high-end hotels in Chinese cities, it’s very rare to find anyone who speaks English (or is willing to speak English). Certainly, the people foreign tourists in China most frequently need to talk to – taxi drivers, shop staff, restaurant workers – are very unlikely to be able hold a conversation.

Now, I can’t speak a word of Mandarin or Cantonese, so there’s no judgment here. But you will face major inconveniences if you don’t prepare for China’s language barrier by downloading translation apps or going old school and wielding a printed guidebook with Chinese language translations. 6 Tips for Travel Health and Hygiene in China

Poor hygiene, pollution and diseases to be aware of – here's how to stay healthy while traveling in China. 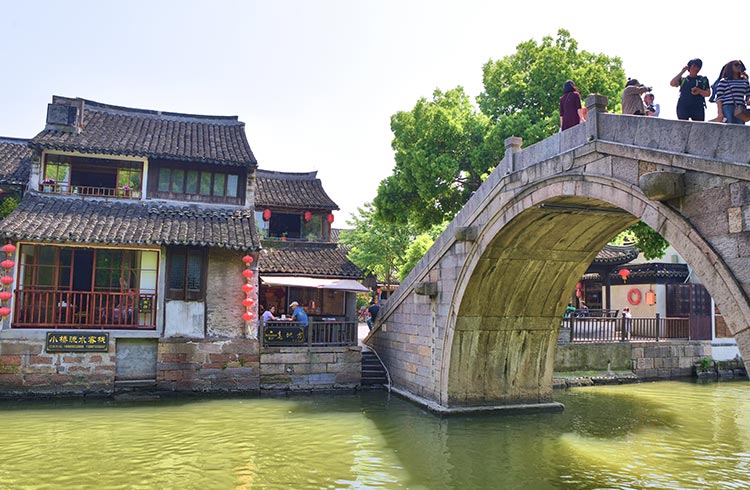