Wanfenglin: An Undiscovered Alternative to Yangshuo

Tess Humphrys discovers the Forest of Ten Thousand Peaks, an alternative to the popular karst formations in Yangshuo.

It’s a warm dusky evening in China’s Guanxi Province, and the sky is slowly turning from brilliant blue to a delicate pale pink. I’m walking along a small river fringed with banana and pomegranate trees. Cicadas hum loudly, the only soundtrack to my evening stroll.

On either side of the valley, the setting sun illuminates the karst hills that rise from the horizon like humps on a sleeping dragon’s back. I’m in the heart of Wanfenglin, the undiscovered alternative to Yangshuo – which is 500mi (800km) away – for lovers of beautiful karst landscapes.

The Forest of Ten Thousand Peaks

I awake early the next day, ready to explore. It’s a glorious morning – where the peaks were a moody dark green the night before, today they are emerald. Literally translating as Forest of Ten Thousand Peaks, Wanfenglin is one of China’s largest areas of karst landscape, famed, in China at least, for its tower-like fenglin formations.

Together with the peaks in Yangshuo, Wanfenglin is part of a huge area of karst scenery that stretches from the western Yunnan-Guizhou Plateau to the eastern Guangxi Basin. These iconic landscapes are so unique that they have been included on the UNESCO World Heritage List.

While the karst formations in Wanfenglin might not quite match those of Yangshuo for height and sheer spectacle, this area does have what that more popular area lost long ago – a palpable sense of being well off the international tourist trail.

A Dream for Independent Travelers

I’m staying in a beautiful guesthouse in Upper Nahui Village, nestled amidst the hills and one of a number of small settlements dotted around Wanfenglin. The villages have been home to China’s Bouyei people for 300 years. Nowadays, while people still make a living from traditional farming, many families have opened hotels and restaurants to serve visitors who come from around China.

After a breakfast of noodle soup, complete with a fried egg and spicy chili pepper on top, I walk along the river to General Bridge, a hub of restaurants and shops. I pass local people selling produce – huge bags of dried mushrooms, peanuts and other unidentifiable products line the path, their sellers eating breakfast or playing cards between customers. A pair of elderly ladies selling steamed buns smile shyly at me, giggling as I grin back. They don’t see many foreigners here and my presence causes excitement and confusion in equal measure.

I’d been told by the guesthouse owner that it’s easy to rent a bicycle or electric motorbike and in General Bridge I find plenty of rental options. I resist the temptation to rent a golf buggy and instead go for a sporty-looking pink e-bike (as the electric motorbikes are called in China). It costs me just US $7.20 for the day, complete with the assurance that it is fully charged and can travel up to 37mi (60km).

I set out for a day of exploration, the wind cooling me as I ride. The freedom is wonderful – it’s a rarity in China to be able to travel under one’s steam. Many of the country’s scenic areas have entrance fees, and visitors are obliged to ride on shuttle buses that plough pre-defined routes. Wanfenglin is a blessed anomaly.

Local Food in the Area

I have no set agenda for the day, I’ll go where the road and my pink ride take me. Under the baking sun, I whizz through a landscape reminiscent of ancient Chinese scroll paintings, the green-grey peaks punctuated with bright purple azalea flowers. I make abrupt turnoffs down side roads and through sleepy villages. I wave at local people surprised to see a foreigner at all, much less one on an e-bike.

I follow the Nahui River that meanders through the hills, nourishing a patchwork tapestry of rice paddies in various stages of planting. I stop at the roadside to watch a group of women, shin-deep in water, planting new rice shoots. They are bent-double, plopping the shoots into the muddy water in a perfectly straight line. It’s all back-breaking but important work – like many parts of China, rice is an extremely important part of both the diet and the economy.

As the sun sinks lower in the sky, it’s time to return my e-bike and find dinner. Near my guesthouse, I choose a restaurant with an outdoor terrace full of families on vacation. With my basic Chinese, I spot something interesting on the menu – deep-fried grasshoppers from the surrounding fields. And so, amid the nightly cacophony of the local insect population, I enjoy a plate of ‘hoppers served with Sichuan peppercorns and spring onions. A crunchy, nutty and oh-so-local meal amongst the wonderful 10,000 karst peaks of Wanfenglin.

How to Get to Wanfenglin

Xingyi, the nearest city, is 6mi (10km) north of the karst hill area. Xingyi is most easily accessed via a 140mi (230km), four-hour bus ride from the tourist hub of Anshun. Xingyi is also on the Kunming to Nanning train line.

Other Places to Go Nearby

Wanfenglin is 12mi (20km) from the Maling River Gorge, famous for its 300ft (91m) high waterfalls and ancient canyon geology. 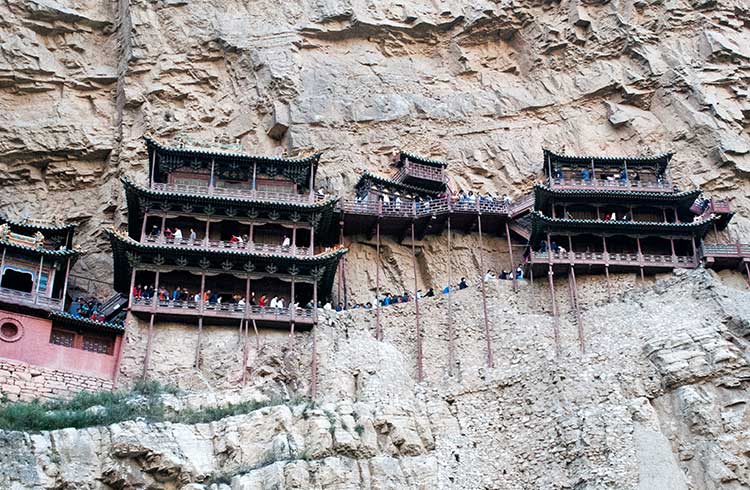 Esme Fox takes a road trip from Beijing to Datong to see Hanging Monastery and the Yungang Grottoes. 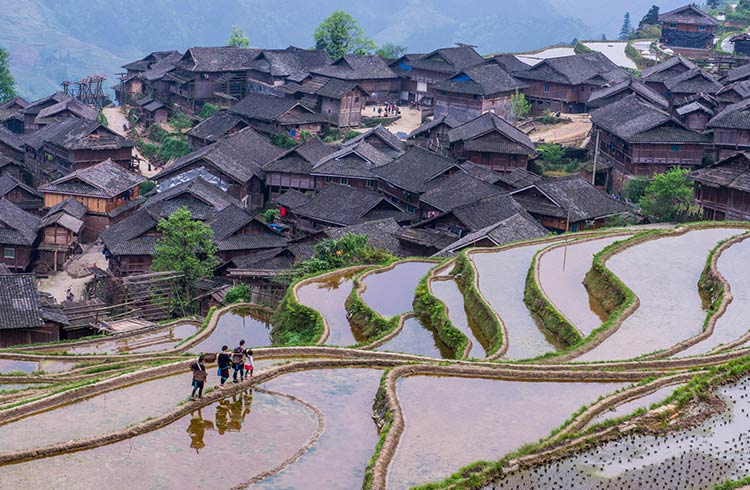 Climate and Weather: Planning Your Trip to China

When is the best time to visit China? Tess Humphrys shares her insights.