Each year the dead grass on the hillside of Nara's Mount Wakakusa is set on fire to commemorate a feud many centuries ago.

The second Sunday in January each year.

Winter in the Japanese region of Kansai would seem a good enough excuse for one of the world’s biggest bonfires, but in Nara they point to history as the reason for setting alight an entire hill each year. The event commemorates a feud many centuries ago between the monks of two of Nara’s Buddhist temples – Tōdai-ji and Kōfuku-ji – during which mediation went so badly that 342m Mt Wakakusa-yama ended up being torched.

Today, in commemoration, a torch is lit with sacred fire at the Kasuga Taisha shrine, and carried by monks in a procession to the foot of Wakakusa-yama, where the hill is set on fire. It usually burns for around 30 minutes before a whizz-bang show of fireworks.

The burning begins at 6pm. The average temperature in Nara in January is 8˚C, so rug up – you won’t be near enough to the fire to stay warm. The best viewing is in Nara-kōen, a fine park that occupies much of the east side of the city; arrive early to secure a good position.

Tōdai-ji and Kōfuku-ji are both World Heritage–listed temples. Tōdai-ji contains the world’s largest wooden building, which holds one of the largest bronze Buddhas. Kōfuku-ji has Japan’s second tallest pagoda. Tori-No-Ichi: Day of the Rooster in Japan

Buy a rake for good luck on the Day of the Rooster in Asakusa, Tokyo. Find out how to join the festivalgoers during the celebrations throughout November. Find out how you can join in the Jidai Matsuri celebrations in Kyoto during October. 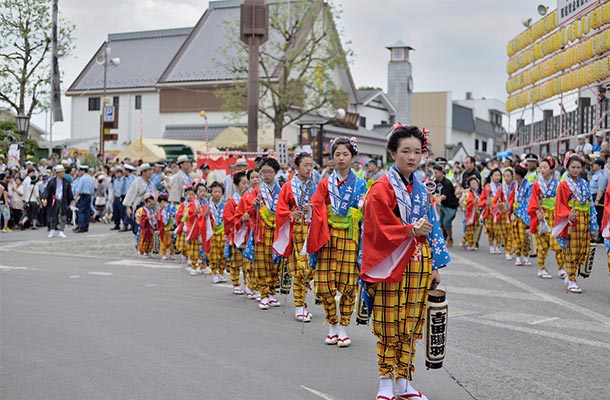 Find out when and how to celebrate Kyoto's famous Gion Matsuri throughout the month of July.