Language in Belgium: How to Avoid Confusion

Belgium has three official languages, each spoken in different parts of the country. Don't get tongue-tied – find out where to speak Dutch, French, and German before you go.

Belgium's linguistic diversity stems from a series of political and cultural conflicts that started many hundreds of years ago, and continues to this day. It's important travelers are aware of the sensitivities that surround language, and how it changes depending on where you're traveling in the country.

Belgium is divided into three regions: Flanders in the north, the Brussels-Capital Region in the middle, and Wallonia in the south.

Dutch, the primary language of Belgium

The primary language in Belgium is Dutch, spoken by approximately 60% of the population. The Flemish dialect is almost identical to the Dutch spoken across the border in the Netherlands, but some differences in vocabulary have led some to refer to the language colloquially as "Flemish".

French is the second-most common language in Belgium, spoken by almost 40% of the population. Many Flemish people can also speak French as a second language. Like the Dutch spoken in Flanders, Belgian French is mostly similar to the dialect spoken in France, but there are small differences in vocabulary and pronunciation.

As a result of the language split across the country, many road signs and other notices around Belgium are written in both French and Dutch. German, while one of the three official languages, is much less prevalent and spoken by less than 1% of the population.

In Brussels, the main language spoken is French. Like many capital cities, the city is multilingual, perhaps because it is the de facto capital of the European Union, and the high number of foreign officials and diplomats who live there. All public services and signs are in both French and Dutch.

To really test your language skills, in some parts of the country languages are broken down even further into regional dialects. As you travel around Belgium, you may hear variations such as East Flemish, West Flemish, Walloon (mostly spoken by older people in rural areas), Picard, Low Dietsch, and Luxembourgish. Antwerp also has one of the few Jewish communities worldwide that still speak Yiddish as its dominant language.

The language divide is just one part of much greater segregation between the Flanders and Wallonia regions. When you're talking to locals in the north, it is common for them to describe themselves as being "from Flanders" rather than "from Belgium". Indeed, Flanders has its own parliament and government, and several political parties continue to campaign for Flemish independence.

As a result, it's wise to be sensitive to these cultural and linguistic differences when talking to locals in Belgium. To be on the safe side, start every conversation in English. Most Belgians are bilingual (many are even trilingual) and speak fluent English.

Because not everyone speaks English as fluently as the Belgians – and also because it's good manners to know some of the local lingo – take advantage of our 24 travel phrasebook apps for your iPhone. From Arabic to Korean, these apps are packed with essential phrases to know before you go. 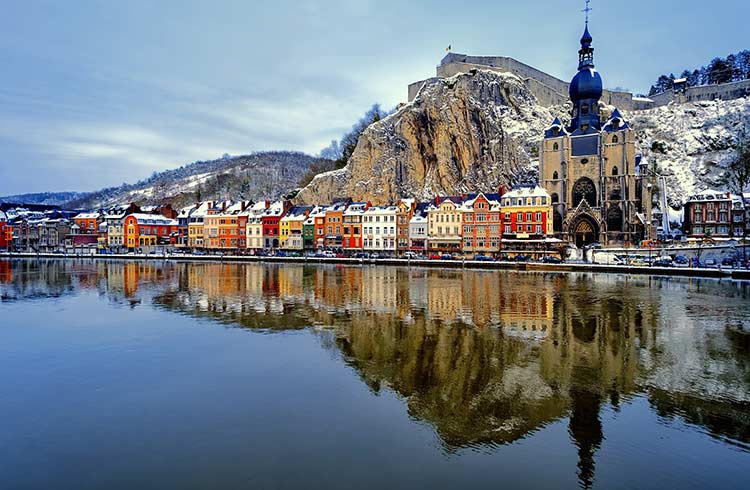 Belgium might be one of Europe's rainiest countries, but don't let that stop you from seeing the sights and experiencing Belgian hospitality. 6 Dutch Cities Worth Visiting Beyond Amsterdam

The Netherlands is so much more than its most famous city. You won’t regret staying an extra few days to discover the culture and charm that exists beyond the Dutch capital.