Petra, the city that once was lost, has now very much been found. This guide will take you beyond the world of Indiana Jones, and put you on the trail of kings, crusaders, and lost civilizations.

Tourism is booming in Jordan, partly due to turbulence in other Middle-East destinations. Thankfully, it's surprisingly easy to avoid hordes of package-tourists.

Spend longer than a week in Jordan, and you'll be able to go beyond Indiana Jones and Petra, and find yourself on the trail of kings, crusaders and lost civilizations.

Amman is often not given the attention it deserves. The motto of most tourists seems to be "get in and get out". But, if you spend some time climbing the seven hills of the sun-soaked city that was once Ancient Philadelphia, you'll find a surprisingly cosmopolitan (and surprisingly clean!) capital.

Be sure to visit the Temple of Hercules during the call to prayer at sundown, for a mesmerising ambiance of reverberating chants.

Shop for spices or hip, inexpensive clothing in the chaotic markets of Amman's old quarter – where gold shops vie for space with traditional tea houses. Have a suit tailored, find traditional handicrafts and art, or buy imitation perfumes.

The ancient city of Jerash can be visited in a day from Amman – any taxi driver will be able to take you. Most tourists don’t have time, and head straight to Petra. Which is a shame, as Jerash is stunning in its own right.

Surrounded by valleys filled with plum trees, fig trees, and wheat crops, this was once a wealthy ancient Roman city – thanks to the fertile land and fresh water supply. Unfortunately, after an earthquake hit Jerash in 749AD, areas of the city were destroyed, leaving the ruins buried for centuries. Now, after years of excavation, it's become a great place to learn about ancient life in Jordan.

If you do choose to go, check out Hadrian's Arch, the Hippodome, the Nymphaeum, and the Jerash Archaeological Museum.

You should try the chicken or falafel sandwiches (which cost around US $1), the powerful Turkish-style coffee, or sweet masala tea. Delicious chicken or lamb with rice, made with a creamy yogurt to pour over top (Mansaf), is very common and can be easily be found for less than US $10.

Eating out in Jordan, especially Amman, can be pricey. But, follow the locals to cramped and crowded eateries where, chances are, you'll be the only foreign face in the place. In Jordan, going cheap doesn't have to mean sacrificing taste.

4. Take the long way on the Road of Kings

When most travelers leave Amman, it’s to travel the Desert Highway – a simple road that draws a line straight down the country from the north to the Red Sea in the south. Public transport plies this route, and it’s the fastest way to travel between Jordan’s capital to the hidden Nabatean city of Petra and the epic Lawrence of Arabia desert at Wadi Rum.

But, if you choose to take the road less traveled, you'll find yourself on the King's Highway, a key trade route for over 3,000 years, where public transportation doesn’t dare tackle the road. A series of switchback turns traverse two spectacular canyons, Wadi Mujib in the north, and Wadi Hasa in the south. At one point, there's 11mi (18km) of tarmac to cover an actual distance of 2.5mi (4km).

You can charter a taxi to tackle the highway. It takes all day to travel between Amman and Petra, but there are plenty of sights along the way, including ruins, a nature reserve, and viewpoints above both canyons.

Along the Great Rift Valley is the Dana Nature Reserve, an ecologically diverse sanctuary, home to hundreds of species of plants and animals. It makes a great overnight stop to explore the traditional village of Dana, or to hike into Petra.

6. Treks and adventure in Wadi Rum

With its magnificent landscapes, you'll be surprised to hear that Wadi Rum receives only a fraction of the visitors compared to Petra. Hire a Bedouin guide and his Landcruiser, spend a night at a Bedouin camp to learn about your guide and his family, and marvel at the stars after dark.

For the truly adventurous, it would be easy to spend months in Rum – there are countless itineraries for trekking, climbing, and canyoning. You can explore the desert towers, camp under the stars, or take the "old highway" to Aquaba, a remote desert track which can be explored by camel back or 4x4.

Visit Wadi Rum at the height of summer, and chances are you'll have almost 115mi2 (300km2) of desert completely to yourself. Yes, it's brutally hot, but your guide will know exactly where to find shade for a tea break at any time of day.

Petra, the city that once was lost, has now very much been found. It isn't exactly off Jordan's beaten track. In fact, the pathway through the Siq (a narrow gorge that literally weaves it way between cliffs of rose-coloured rock and was used by the Nabateans 2,000 years ago to hide their city), is these days very much well-trodden.

But, there is more than one way to explore Petra. Visit at night via romantic candle lit pathways (for which you will pay extra) or visit at dawn, and see the first light begin to hit the famous Treasury, an ornate tomb 140ft (43m) tall, and carved from sheer rock. Best of all? You'll have it almost completely to yourself.

There are a number of options to trek near the Dead Sea up lush, stunning canyons to hot springs and swimming pools. Desert Eco Tours provides a major source of inspiration here.

*This article was previously published in 2011 by Megan Czisz (On My Way RTW), it was updated in August 2017. 5 Ways to Get Off the Beaten Path in South Korea

There's more to Korea than bustling cities, neon lights, and K-Pop music. Here's a list of ways to get off the beaten path in South Korea. 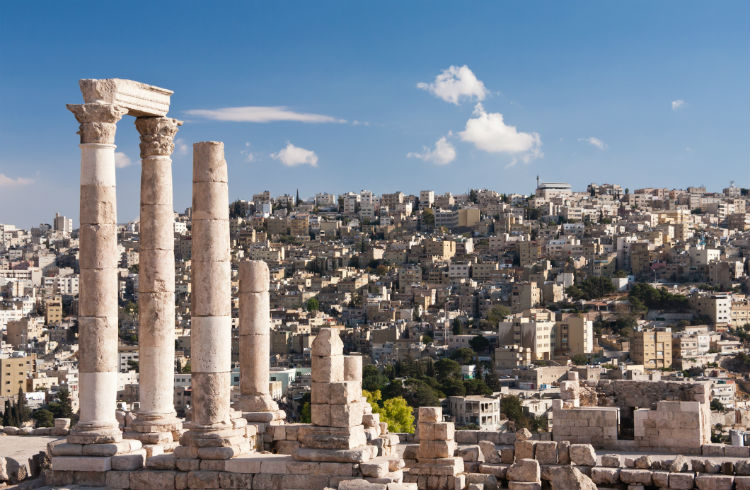 9 Local Laws in Jordan: What Travelers Need to Know

Some of Jordan’s local laws and customs may seem unusual to visitors but it’s important to follow them.