Get caught up in the romance of Imilchil in Morocco's Atlas Mountains at the festival of the Wedding Moussem, which is all about livestock and finding a partner.

Three days around the third week in September

Like the Cure Salée, the festival held in the High Atlas town of Imilchil is all about livestock and finding a partner. The most famous example of 600-plus moussems, the event is a homecoming celebration for herders who have spent the summer taking advantage of grazing grounds. The cattle fair adds to the chaos created by souqs (markets) and nomadic campgrounds, which look as striking as the surrounding mountains.

The matchmaking aspect of the festivities possibly began following a Romeo and Juliet–style tragedy. The tribes agreed to allow their young to meet and marry freely at the tomb of Sidi Mohammed Maghani, the Ait Haddidou people’s patron saint. The less romantic explanation is that the French colonial administrators assembled the transitory Berbers to register their births, deaths and marriages.

Nicknamed ‘September romance’, the occasion gives singletons the chance to sing, dance and flirt. Available men wear white turbans and their female opposites put on the family silver. If it all goes well, there are mass weddings, followed by a trip to the registrar for a favourite Moroccan activity: paperwork.

2 – get caught up in the romance in the Atlas Mountains.

South of Imilchil, the Todra and Dades gorges lead to the Sahara, where the dunes can be seen in all their wavy glory at Merzouga. Join in the three-day festival at El-Kelaa M'Gouna in Morocco for song and dance, feasting, souk-like markets and a chariot procession through a shower of rose petals. Visit Marrakesh during July to see the colour and pace of Morocco's bustling city intensify during the Popular Arts Festival. 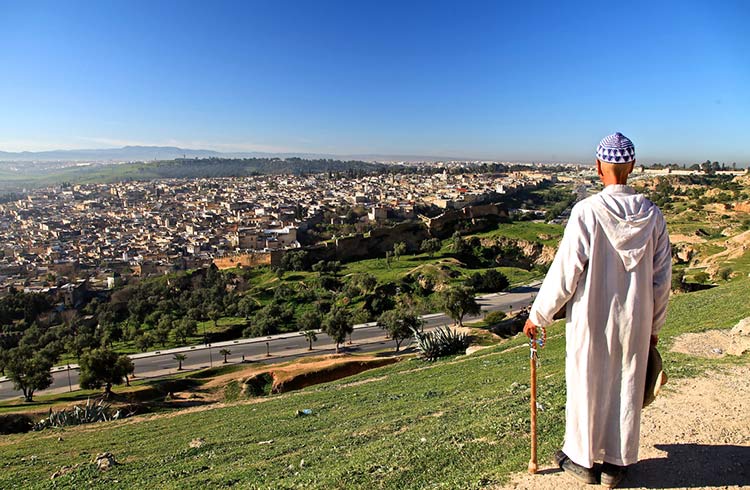 6 Things I Wish I Knew Before Going to Morocco

I learned a lot in a fortnight in Morocco – an overland odyssey that took in the ancient city of Fez, the blue city of Chefchaouen and Tangier, a port city on the Strait of Gibraltar.