How to Get Off the Backpacker Trail in Southern Vietnam

Get off the well-worn backpacker trail and leave your phone (and its offline maps) locked up in the hostel. Leslie takes us off the beaten path in southern Vietnam.

The energy is palpable in Vietnam’s south, felt everywhere from the lush mountainsides of Dalat to the winding river bends of Can Tho. To witness this region’s startling pace of change, look no further than the south’s beautifully bizarre temples, sizzling street food, tech-forward start-ups and boho-chic coffee farms.

In some cases, that means getting off the well-worn backpacking trails and chucking Google Maps in search of something — quite literally — off the beaten path.

A Pagoda Built Out of Beer Bottles

The journey to the Linh Phuoc Pagoda, Vietnam’s most eccentric temple, is pee-in-your-pants terrifying. The harrowing trek starts at the Dalat railway station and involves rumbling along rusted tracks on an old train, careering toward steep mountain passes and ending up in the sleepy hamlet of Trai Mat.

But that’s not the strangest part. What is are the 12,000 beer bottles that are built in every wall, ceiling and pillar of this sacred temple alongwith porcelain and terracotta.

More than six decades ago, the bottles were broken, polished and then painstakingly placed, one by one, on the temple by an ever-so-patient group of Mahayana Buddhist nuns and monks. Today, the glass shards gleam under the sun, and snake along the spine of a 164-foot-long dragon that winds through the temple’s grounds. The pagoda also boasts one of the world's largest standing Buddhas, decorated with thousands of small flowers.

A Night in a Madman’s Hotel

Nestled in the otherwise serene town of Dalat, the Crazy House is an unusual villa not unlike an Alice in Wonderland fever dream. Featuring Gaudi-meets-Disneyland architecture, the Crazy House is still under construction and aims to be completed in 2020.

A short saunter around the half-completed hotel grounds is something of an adventure, taking you through a labyrinth of screeching gates and peanut-shaped passageways, ducking into tiny tunnels and stumbling upon hidden crannies. A night’s stay in one of the hotel’s themed rooms starts at 540,000 VND (US $24), or you can pay a modest admission fee of 30,000 VND (US $1.30) to walk around during the day.

Authentic Life on the Mekong Delta

Take a pilgrimage to Phoenix Island on Vietnam’s Mekong Delta, where you’ll find a 500-year-old shrine filled with a hodgepodge of dragon-emblazoned columns, spaceship-like steeples and a decaying floating pagoda.

In its glory days, this barren and beguiling wonderland was once the holy ground for devout worshippers who paid their respects to the most hallowed and hollowed of Vietnam's fruits — the coconut. Disciples used to seek salvation through a steady diet of coconut flesh and coconut water. Here, you’ll find Ten Nguyen, a frail 80-year-old woman, who still tends to the quirky religious shrine, and is eager to divulge the details of this once-thriving faith.

Can Tho Beyond the Tourist Traps

The city of Can Tho is the hum and heartbeat of the Mekong Delta, with gushing rivers that serve as the lifeblood for fishermen and city-folk alike. The best way to get an unvarnished view of local life is to take a boat ride along the river and delve into the city’s bustling world of traditional floating markets. Arrive early to avoid the push and shove of tourists, who often come later in the day, and be sure to stop by Cai Rang, Phong Dien, Nga Nam and Nga Bay to sample seasonal fruits and fresh seafood.

Book a tour via your hostel/hotel, or go to the river and rent a boat and boat driver to explore the riverbanks.

Nothing beats hiking in Vietnam’s Cat Tien National Park, where travelers can wander through forest groves of soaring centuries-old trees and misty billowing clouds. Often regarded as a destination for wildlife and bird watching, the vast national park is also quite spiritual, filled with pagodas found along gurgling river streams where monks gather to meditate and pray.

Vietnam’s hot temperatures could easily break the thermometer. The fix? These islands, that dot the southern coast of Vietnam, are edged with sun-dappled beaches and surrounded by irridescent blue waters. Float in the crystalline waters of Con Dao Islands, or explore the underwater world of coral reefs and tropical fish by scuba diving or snorkeling.

To organize a trip, there are plenty of scuba diving and snorkeling operators on the island.

Located a few hours away from Ho Chi Minh City, the high-octane beach resort of Nha Trang is where most Saigoners go to relax on the weekend and breath in the sea breeze. Along the promenade, locals relax on the laid-back beaches and watch surfers ride the waves as the sun goes down. Head to nearby fishing villages, like Ninh Thủy, about 24mi (40km) away from Nha Trang, to feast on the day's catch of crab and fish, grilled in front of you.

For an off-script adventure, head to the golden sand dunes of Mui Ne, on the southeastern coast of Vietnam, and try your hand at sandboarding. Even if you’re not particularly keen on shredding down the red and white sandy slopes, you can still get a sneak peek into the year-round rigorous training regimen of Vietnam’s Olympic athletes who train for snow and ice sports here.

Phu Quoc is best known for the sand and surf, but one of the most haunting reminders of the Vietnam War can also be found on the island. The doors of Phu Quoc Prison have long been closed since the war, but a large part has been transformed into a moving memorial and museum worth visiting to get a view of the war from the local’s perspective.

One of the best ways to explore Phan Thiet is on foot. Wade into the coastal city’s shallow turquoise bays to explore a raised coastline with coral cliffs. Or take a stroll down to the Dinh Van Thuy Tu, one of the city’s so-called whale temples and the largest museum for massive whale skeletons that are several storeys high. Here whales are worshipped as divine creatures that safeguard against storms and bad fortune.

There's love, and then there's the next best way to get your heart racing: a cup of silky sweet iced coffee brewed inside one of the small, family-run operations of Dalat, many of which hail from the remote tribal minorities of Vietnam’s mountainous highlands.

This southern city is beginning to emerge as a major producer of specialty, boutique coffee beans. In the past, colonial rulers sought out Dalat as a summer retreat. Today, Dalat is known as the country's "Petite Paris" – a city that hugs the lush Lang Biang Mountain and enjoys perennially spring-like temperatures. After drinking in the views of evergreen pine trees, and getting your Bourbon Arabica caffeine fix, visit coffee plantations like K’Ho Coffee Farms, to get a deeper look into Vietnam’s tribal ethnic minority culture.

8 Sustainable Travel Tips Before You Go to Vietnam

Jase Wilson to share his tips on how to make a positive impact while traveling in Vietnam. 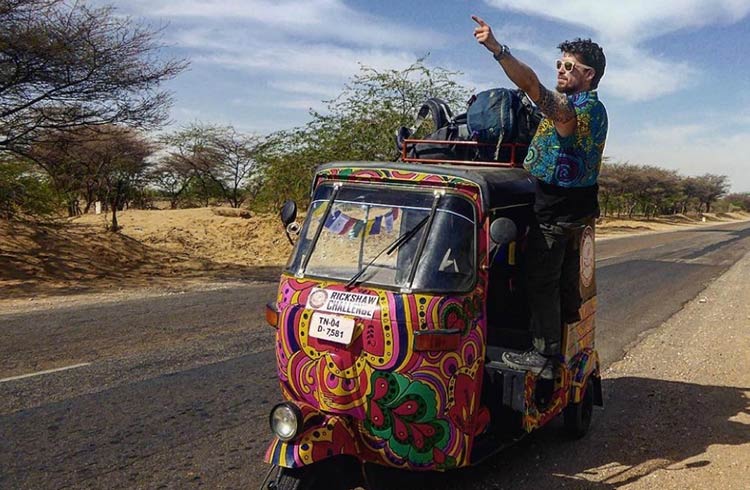