Everyone’s heard of Mardi Gras in New Orleans and Carnival in Rio and Venice. But here are six cultural festivals Sharon McDonnell has experienced around the world that you might not know.

One of the best ways to get under the skin of a country or region is to experience a cultural festival. Here are my favorites among the many I’ve been lucky enough to see.

It’s a fearsome-looking group: hundreds of people dressed as devils, in red costumes, horned masks, red-painted faces and carrying tridents, march past me on Red Devil’s Day on this French Caribbean island. Men in bridal gowns, looking hugely pregnant, and women dressed as none-too-happy grooms stride past in the Mock Weddings parade.

I join a 5am pajama parade that winds through Fort-de-France as bands play. Men coated in coal tar and sugarcane syrup cavort, frighten children. An effigy of Vaval, the King of Carnival, is burned at night on Fat Tuesday, as locals drink rum, dance, and bands play. On Ash Wednesday, paraders mourn the end of Carnival clad only in black, white, gray and silver; some have faces painted white with flour or ash, or wear skeleton costumes.

Yes, Carnival is pretty unique on Martinique. In other Christian countries, it’s unheard of to parade on Ash Wednesday, since the last gasp of revelry ends the night before, and Lent and its privations start. But this strongly African-influenced island can’t stop partying: a one-day Carnival parade even occurs three weeks later.

Getting there: it’s in Fort-de-France, the capital.

Accommodation: a range of guesthouses, private rooms and hostels are available in Fort-de-France.

What to pack: shorts and t-shirts for tropical weather.

Looking like a cross between Abominable Snowmen, mops and pulis (the dreadlocked Hungarian sheep dog), hundreds of locals in shaggy sheepskin costumes parade in Ptuj, cow bells dangling from their waists, wood clubs with prickly spines in their hands. Formally-clad men hoist spears in the air, festooned with rainbow-colored streamers.

Designed to scare away winter and welcome spring, Kurentovanje survives in Slovenia’s oldest town, 70mi (113 km) from Ljubljana. It’s an utter contrast to the warm weather carnivals I’m used to – but then it’s snowy in Slovenia in late winter. In hilltop Ptuj Castle, I’m delighted to find an ethnographic museum that explains the ancient pagan (and UNESCO-designated) custom, and displays the odd outfits.

Getting there: Ptuj is 1.5 hours from Ljubljana by car, train or bus.

Accommodation: a range of guesthouses, private rooms, farm stays, even a stay in a wine barrel, are available in and near Ptuj.

What to pack: a warm coat or jacket, snow boots, hat and gloves.

Clad in colorful fringed pants and shirts, some in tall pointed dunce-like hats and wire masks, men, on horseback or in wagons and trucks, ride to farms and houses to chase chickens for a communal gumbo stew. A captain in a purple cape leads them to beg permission to enter, a chicken is thrown into the air, and it’s game on: lots of running, rolling on the ground and general mischief.

This rustic, homespun celebration of Mardi Gras (French for “Fat Tuesday”) is a world away from the opulent costumes, fancy floats and krewes with names drawn from Greek myths like Proteus and Orpheus in New Orleans.

The haunting French song I hear people sing that sticks in my brain, Le Chanson de Mardi Gras, and the begging-for-food custom straight out of medieval France are typical of the Courir de Mardi Gras in rural Cajun Country in southwest Louisiana, home to descendants of French settlers booted from eastern Canada by the British in the 18th century. I’m in Eunice, 145mi (233km) west of New Orleans, but it’s just one small town with a “chicken run” (other towns include Mamou, Tee-Mamou, and Church Point).

If you miss the early morning ride, no worries: catch the riders on their triumphant return to downtown, feast on chicken gumbo, and join the Cajun dance party with irresistibly toe-tapping music at Lakeview Park.

Getting there: Eunice is 2 hours 50 minutes from New Orleans by car. No train or bus.

Accommodation: a range of guesthouses, private rooms, and tents/cottages at Lakeview Park are in and near Eunice. Lakeside cabins in Chicot State Park, a wildlife reserve, are nearby.

What to pack: weather is unpredictable, so dress for both warm and coolish weather.

I’m watching locals make carpets, from flowers, dyed sawdust, vegetables and fruit, to cover the cobblestone streets of Antigua the week before Easter, some in such ornate patterns I start to rate my favorites. Their life is short: soon they’ll be crushed by the feet of processions carrying statues from local churches. This make-and-crush cycle repeats all week.

On Good Friday, funeral music accompanies the solemn processions, purple and black banners drape the town, and the air is so smoky from incense I can hardly breathe. In Mayan-majority Guatemala, Latin America's most elaborate Easter celebration is in the lovely Colonial city of Antigua, a 25mi (40km) drive from Guatemala City.

Getting there: Antigua is 45 minutes by shuttle from Guatemala City airport.

Accommodation: a range of guesthouses and private rooms are in Antigua.

What to pack: short sleeves and shorts are fine for mild spring weather.

At the night parade in Quebec City, in frigid temperatures at the world’s biggest winter carnival, I’m envying the people in polar bear and lynx costumes roaming about. Luckily, I’m distracted by the acrobats, the pyrotechnics, the floats inspired by the magic and beauty of snowstorms carrying fur-clad folks with ice ornaments – this is, after all, Quebec, the birthplace of Cirque du Soleil.

Suddenly, I’m being hugged by Bonhomme, the Carnival mascot, a pudgy, jolly smiling snowman wearing a vivid arrowhead-pattern sash, who loves being in selfies and radiates bonhomie. The next day, I enter his Royal Court, an ice palace, to see a sound-and-light show. The 30ft (9m) snow sculpture in front is carved in the symbols of Quebec City – the castle-like hotel looming over Old Town, Fairmont Chateau Frontenac, and an owl.

I refuse caribou, a popular local blend of wine, vodka, brandy, sherry and whisky at the cabin snack bar: I prefer my wine straight. I do indulge in maple taffy, a popsicle made by pouring maple syrup on snow. I gaze in wonder at people in bathing suits inexplicably pelting each other with snow, and fervently hope they’re well-lubricated with caribou.

Axe throwing isn’t my sport, so I pass on that contest. But I happily sled down a hill along with many others reliving our childhoods. It’s February, but in one of the most Christmassy cities I’ve ever seen, the holidays live on in light, color and (mais oui) snow.

Getting there: Most events are in Old Town, like parades and Royal Court. Others are in other parts of the city, but easily reached by city bus. Quebec City is 170mi (275 km) from Montreal, connected by train, bus or two to three-hour drive.

Accommodation: A range of guesthouses, hostels and private rooms in Quebec City are available. An Ice Hotel, for those who embrace the cold, is nearby.

What to pack: A warm coat or jacket, snow boots, hat and gloves. Parades and ice canoe races are free, but most events require buying an effigy online or at convenience stores.

I’m admiring men and women in brilliantly colored and patterned costumes as they enact a drama from an indigenous tribe on Mindanao in the Philippines. Then, I watch Hawaiian hula danced not just by women in grass skirts and leaf wreaths but shirtless muscular men, every hand gesture telling a story. Fiery foot-stomping, whirling skirts in vivid colors and passionate Spanish flamenco are next, followed by Cambodian classical dancers, women in ornate silk and headdresses resembling temples performing stylized, serene moves.

I’m touring the globe, its myths and history, but I haven’t left my seat in San Francisco, a city with an almost 40% Asian population, whose public transit messages are in Chinese, Spanish, Tagalog, Vietnamese, Russian, Arabic, Thai and Hindi. All two dozen dance troupes performing here are from the Bay Area, reflecting its rich ethnic diversity.

Before the show, Chinese lion dancers greet us on the steps: darling furry creatures who flirtatiously bat their eyes and playfully extend a paw. Each year, I don’t know if I can expect Afro-Peruvian, Indian kathak, Alaska Eskimo, Mexican folkloric dances or a Balinese troupe with a gamelan orchestra at the Ethnic Dance Festival. But eye-popping costumes and dazzling virtuosity are guaranteed.

Getting there: the city’s bus and light-rail system goes everywhere.

Accommodation: in the birthplace of Airbnb, a range of hostels, private rooms and guesthouses are available.

What to pack: summer is the city’s coldest, foggiest season: bring a jacket, long pants, sweater and scarf. Dress in layers, in case the sun actually shines. 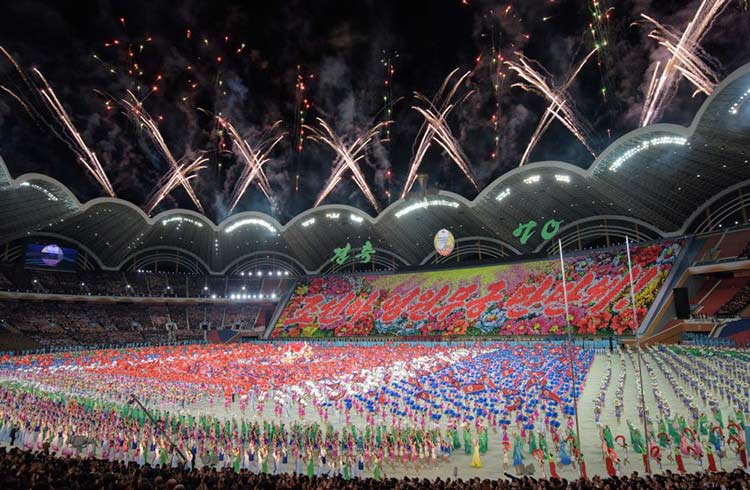 5 Lesser-known Music Festivals Around the World

Searching for smaller, niche music festivals where the bathroom lines are shorter? Andrew Madigan shares five of his favorites.

Our Favorite Photos of 2018

Find out which 10 images by our talented contributors astonished and inspired us the most this year.