The huge reduction in global travelers has proved positive for many places in the world. Now some locations are either maintaining pre-existing limits on visitors or introducing new ones.

Whether the goal is to protect sensitive environments or provide a more enjoyable visitor experience, an increasing number of destinations around the world are limiting the number of visitors they welcome each day.

In some cases, these tourism caps have been around for more than a decade, in other cases, pandemic travel patterns have encouraged new restrictions to take effect. Regardless of when or why the visitor caps were put in place, having to work with them means spending a bit more time planning your trip, such as booking a timed-admission ticket months in advance then planning your entire trip around it. But, is that such a bad thing?

Visitation caps make for an inherently less flexible travel experience but as well as minimizing crowds and putting less strain on staff (which continue to be in short supply), limiting the number of visitors also helps to preserve and conserve natural resources.

If thousands of people were to descend on an ancient archeological site that can only support a few hundred visitors, impatient tourists might stray from designated paths and potentially trample sensitive areas or wander onto historically-significant ruins and artifacts. Staff would struggle to manage crowds and clean up the mounds of trash that would, no doubt, be produced, and the visitor experience would suffer due to long lines, cramped pathways, overflowing garbage cans, and overcrowded (and under-serviced) bathrooms.

Opting for lesser-known and off-the-beaten-path destinations is a great way to minimize overcrowding but, let’s be honest, some popular destinations just don’t have a less-visited alternative so if you want to explore them, you’ll have to work within the visitation cap restrictions. Here are a handful of alluring places to visit around the world that currently (and possibly indefinitely) impose tourism caps.

As one of the most popular national parks in the United States, Glacier National Park has long suffered from over-tourism. Parking lots are often full by sunrise, some trails see more than 1,000 hikers a day, and entire areas of the park are temporarily restricted until traffic congestion clears up. As Americans who were unable or unwilling to travel abroad sought out outdoor spaces closer to home, Glacier saw an especially steep jump in the number of visitors during the COVID-19 pandemic. As a result, the country’s 10th national park imposed an online reservation system for the popular Going-to-the-Sun Road corridor during peak visitor season (late May to early September 2021).

Rising from the Pacific some 370 miles northeast of Sydney, Australia, lies Lord Howe Island, part of a group of isolated islands born from volcanic activity that now appear on the UNESCO World Heritage list. This semi-tropical island is less than seven miles long and two miles wide, but the island’s status as a Marine Park, and the fact that nearly 75% of its land is classified as a Permanent Park Preserve, makes this protected piece of paradise perfect for nature and wildlife lovers. Rare flora and fauna blanket the island while the world’s most southerly coral reef encompasses surrounding waters. Tourism is the main industry supporting the island’s 400 residents, but a strict tourist cap allows only 400 visitors a night. The cap (which is equal to the number of available beds on the island) was put in place to protect the island's delicate ecosystem and is instrumental in conserving the high number of threatened and endemic species that have evolved to live in the area.

Often considered to be the poster child of over-tourism, Machu Picchu customarily received more than 4,000 visitors per day. When the site opened at 6am, there typically were hundreds of tourists already lined up at the gate, all attempting to be the first to enter. Tickets were issued as half-day admissions though the four-hour time restrictions weren’t strictly enforced so most visitors arrived early and stayed as long as they liked.

As a result of the COVID-19 pandemic, the site closed in March 2020, as did pretty much everything in the world. Four months later, Peruvian authorities decided that when the site re-opened, the number of daily visitors would be limited to 2,244 but it didn’t tackle the problem of everyone visiting at the same time (usually early in the morning). Now, a limited number of tickets are issued in time blocks so if you buy a ticket for 10am, you’re only allowed to enter between 10am-11am. Tickets often sell out several months in advance and are not available on-site so if you are planning to visit, it would be wise to confirm your admission ticket before booking your flight or accommodations.

Tourism to Antarctica was growing steadily until 2009, when the 28 nation members of the 50-year-old Antarctic Treaty decided to limit tourism in the region to protect the continent’s fragile eco-system. Changes included banning ships with more than 500 passengers from landing sites, restricting landings to one vessel at a time, limiting the number of passengers on shore to 100 at a time, and requiring at least one guide for each 20 visitors while ashore. Given the extremely harsh environment, the only way to get to Antarctica is to go with a tour operator or organization that has been approved by its national authorities, all of whom must comply with the new regulations. Given the visitation caps and requirements have a larger impact on the experience of visitors of large ships, if you want to be able to dock and explore on foot, your best bet is to book a trip on a small ship.

Officially the Republic of Seychelles, but better known simply as Seychelles, this archipelagic island country consists of 115 islands in the Indian Ocean, about 1,100 miles southeast of Somalia and northeast of Madagascar. In 2007, the country recognized the problems associated with its swelling number of visitors (which were up 10% over the previous year) and proposed to cap the number of visitors at 200,000 beginning in 2010. The primary motivation for the cap was concern for protecting the environment but it was unsuccessful and visitor numbers reached 250,000 by 2015. While the country has struggled to enforce visitor caps, it has already begun restricting the building of large hotel developments in favor of smaller, locally-run properties.

To “stop the city from becoming like Venice”, in 2015, Barcelona’s mayor introduced a cap on the number of tourists visiting the Catalan capital, which then hovered around 7.5 million annually. The mayor issued a temporary freeze on new developments while deciding which areas of the city could receive more tourists and imposed caps on groups visiting iconic places. La Boqueria market on La Rambla boulevard began limiting groups to no more than 15 people and Gaudi’s Park Güell, formerly free, began charging admission and limiting the number of visitors to 800 per day. Unlike other destinations, which typically impose tourism caps to preserve the environment and make for a better visitor experience, the main motivation behind Barcelona’s caps was a desire to improve the quality of life of residents, who, for years, had complained that tourists had taken over their city and made it unlivable. 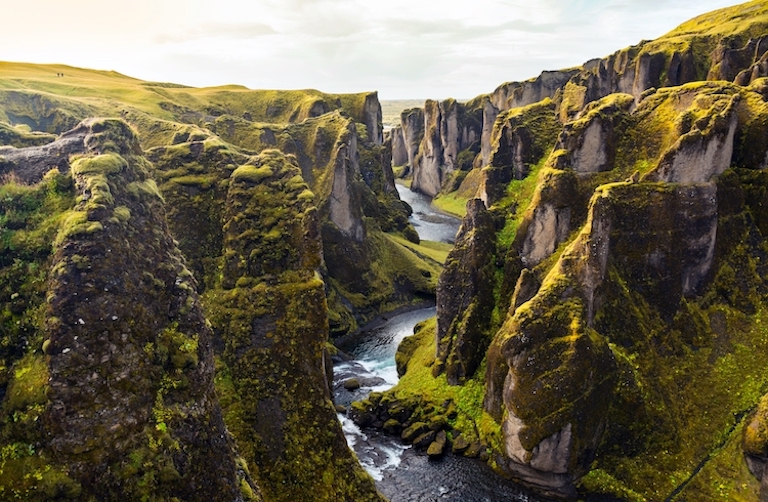 Is it Responsible to Travel to Remote Places?

As more of us choose out of the way places for our next adventure, we weigh up why that is and isn't a good idea