Is Romania Safe? How to Avoid Crime and Scams

Petty crime occurs in Romania, from thieves to scammers, this is what you need to know before you go.

Located in southeast Europe, Romania is known for its diverse landscapes and for being home to Transylvania, ancient churches and monasteries and abundant wildlife. A well-developed country, Romania, like most countries, still harbors criminals who prey on visitors unfamiliar with their surroundings.

Here's what you need to know to stay safe and trouble-free in Romania.

Crimes against travelers, mostly mugging, pickpocketing and confidence tricks, are an ongoing problem. Organized groups of thieves and pickpockets operate in crowded areas, such as train stations and subways, on trains and on buses in all the major cities. The most common method is to distract victims while several people, often children, attempt to snatch watches and jewelry from pockets or from around the neck and wrist. Jacket pockets or bags can be cut open with a sharp knife and the contents taken from unsuspecting tourists who remain unaware of the theft until much later.

If possible, travel in groups or accompanied by a savvy, trustworthy local. Avoid crowds, don't leave personal belongings unattended and, if leaving them in a car, make sure they are out of sight.

Drink spiking is an issue, especially in Bucharest's Old Town. Don't accept food, drinks, gum or cigarettes from people you've just met. Thieves often pose as police officers who ask to see your ID and wallet. legitimate Romanian police won't do this. If you suspect someone is posing as a police officer, ask to see their ID.

Financial, dating and marriage scams occur. Romania is a cash economy. There are a number of ATMs available in major cities, and they will accept international credit and debit cards such as Visa, Mastercard and American Express. Be aware that sophisticated identity theft rings target ATMs in Romania. Always check for any evidence of tampering prior to using them. Only use ATMs in banks, shops and shopping centers, especially at night, don't let your credit card out of your sight, and be wary of people you've met online.

Credit card fraud is a serious problem here, and the safest option is to pay with cash where possible. When accessing publicly available internet cafes, sensitive personal information and account passwords may be compromised.

Romania is still quite a socially conservative country and, although the gay scene is growing, and homosexuality is not illegal, discrimination is still a problem despite anti-discrimination laws being in place. Same-sex marriage is not permitted. The Romanian Orthodox Church is highly influential in the country and has made it clear it is against homosexuality. There have been anti-gay protests at Pride marches and it is not uncommon for LGBTQ+ people to hide their sexuality outside of Bucharest and other major cities. Unsurprisingly, Romania's gay scene is mostly focused in Bucharest, and gay bars are opening in a few smaller towns.

Corruption can be a problem in Romania. However, corruption is illegal. Never bribe traffic officers or police – ever. Most patrol cars are equipped with recording devices and since 2008, people who have attempted to bribe officers have been prosecuted. According to Reuters, Transparency International ranks Romania as one of the EU’s most corrupt member states. Brussels has monitored Romania's justice system seince it became a member state in 2007

Get a travel insurance quote for Romania 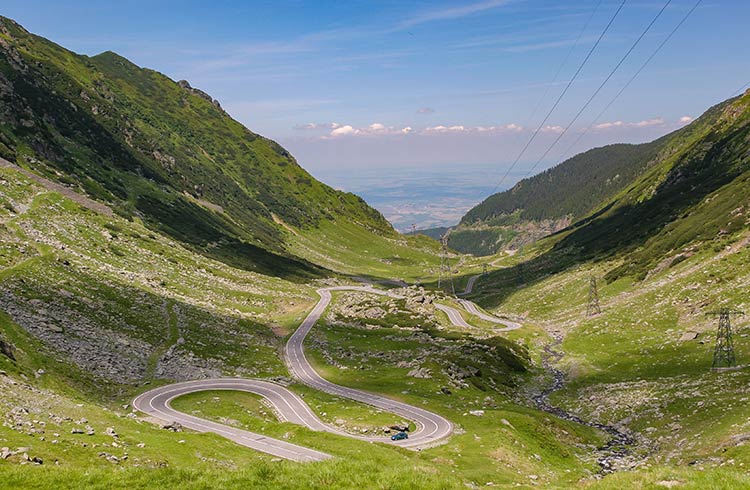 Driving in Romania: How to Get Around Safely

Road conditions in Romania aren't great, and traffic laws are strict. Find out how to stay safe while driving in Romania.