Is Chernobyl Safe? What Travelers Need To Know

Visiting Chernobyl and Pripyat? When will it be safe, and how can you avoid radioactive contamination if you choose to visit?

April 2022: Following the Russian invasion of Ukraine, governments advise against travel to the country. Russian troops took over the Chernobyl compound, potentially damaging its safety easures put in place to prevent the spread of radiation.

Note: If you intend to follow in the footsteps of these Nomads, think carefully before you go and understand that our travel insurance plans do not cover exposure to radiation, and doubly so if you deliberately do so by entering a known contamination exclusion zone. Read your plan/policy wording carefully so you understand this. If you are unsure please contact customer support to clarify.

Despite the chilling events which occurred at Chernobyl and Pripyat in 1986, many travelers visit the area each year. Here are our tips on how to see this radioactive region safely.

The catastrophe was caused by an explosive meltdown during an extreme power spike. More than 350,000 people evacuated from severely contaminated areas of Ukraine, Belarus and Russia.

Today, Chernobyl and its surrounds are a ghost town, with only a few thousands of souls brave enough to continue to live in the affected areas, which still suffer from extensive levels of radiation.

But it's this very spookiness that has drawn some travelers to Ukraine to witness its breathtaking desolation, but now that people want to go back to Chernobyl to see what has been left behind, and considering the dangers posed by the fallout, is it really worth the risk?

The State Agency for Managing the Chornobyl Exclusion Zone has issued safety instructions and advice for people visiting the zone.

Is it safe to visit Chernobyl?

To enter the 18.6mi (30km) exclusion zone, you will need a day pass which is only available from certain established tour operators and you must apply at least 10 days in advance.

Basically, to go into the exclusion zone without either a) a tour operator or b) a qualified nuclear fallout expert with your own safety and moinitoring equipment, is plain crazy. The environment in relation to radiation levels in certain areas is extremely dynamic, and without proper measurement, you could be exposing yourself to harmful levels.

Certain areas, including the "machine cemetery" of Rossokha village, are restricted. Obviously, areas marked as radioactive or forbidden entry zones are exactly that. You should stay well away from them unless you wish to end up another Chernobyl statistic. There are checkpoints within the zone where you will need to show your passport and permit.

The amount of radioation you are being exposed to that may affect your health (roughly the dose) is measured in sieverts.  A lethal dose of radiation is in the vicinity of three to five sieverts in an hour. During a Chernobyl tour the levels of exposure can range from 130 to 2,610 microsieverts per hour – that's 0.00261 of one whole sievert (i.e. at least 1000 times less than the potentially lethal level). This exposure is similar to the radiation we would be exposed to on a long-haul flight.

If you are not on a tour, where there is professional monitoring equipment, it's impossible to gauge how much radiation you are being exposed to. Exposure to higher levels of radiation puts you at higher risk of particles remaining on your clothes. Sustained exposure to radiation is the greatest cause of contamination.

Be mindful that many of the abandoned buildings are littered with broken glass and debris, and the floor surfaces can be highly unstable. Make sure you wear protective clothing, and closed-in shoes. Keep bare skin to a minimum. To prevent carrying particles of contaminated material with you for a long poeriod (and thereby increasing your exposure to unacceptable levels of radiation) wear disposable coveralls or dispose of your clothing after you leave the site. Make sure you thoroughly clean your shoes.

Listen to our podcast about travel to Chernobyl

The Ukrainian Government has permitted entry into the surrounding areas of Chernobyl, but with strict conditions. However in July 2019, the Ukrainian President said he would move to make the entire zone an official tourist site. We discuss the merits of that move in this episode of The World Nomads Podcast as well as talk to a photographer who has visited 21 times to document the regrowth of the natural habitat and how it has invaded the derelict built environment. You can see some of his photos in the episode show notes.

Radioactivity in the nature surrounding Chernobyl

Decades on since the disaster, nature has reclaimed the radioactive site. No, you won't see three-headed wolves but, due to the absence of people living in the area, many wild animals have returned and vegetation is flourishing.  Pripyat resembles a zombie-esque, post-apocalyptic landscape with trees, vines and other plants growing over buildings and other infrastructure, including the well-known amusement park.

Populations of animals such as deer, moose, wild boar, brown bears, lynx, and many bird species have all increased in the past 20 years. The number of wolves has increased due to lack of competition from hunters, and the zone has become a sanctuary for endangered species such as the European Bison and Przewalski's Horse.

Across the border in Belarus, the most contaminated areas are within the Polesie State Radiation Ecological Reserve which was established for environmental and radiobiological research purposes, aside from delineating the area of the fallout from Chernobyl (70% of the fallout hit this part of Belarus). It is also one of the biggest nature reserves in Europe, but is off limits to the public due to the level of contamination.

Get a travel insurance quote for Ukraine 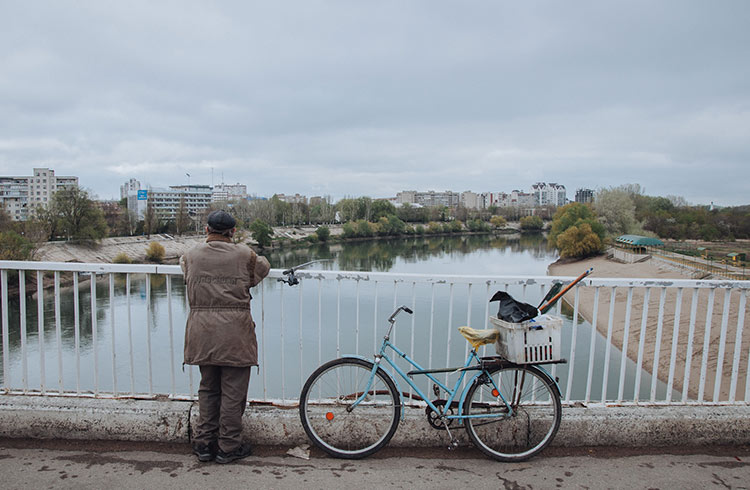 Where is Transnistria, and is it Safe to Travel?

Transnistria is on the eastern bank of the Dniestr River. We share our tips to avoid trouble in this breakaway state between Moldova and Ukraine.