Crossing Borders in the Balkans: How to Get Around Safely

With the inter-ethnic war very much in the rear-view mirror, the Balkans is a beautiful region to explore. Most countries get along, and travel between them is largely hassle-free.

With the Adriatic Sea to the west, the Mediterranean to the south, and the Black Sea to the east, The Balkan Peninsula (aka the Balkans) has a stunning coastline and is home to Albania, Bosnia and Herzegovina, Bulgaria, Kosovo, Montenegro and North Macedonia (and includes parts of Croatia, Serbia, Romania, Greece, Italy, Slovenia and Turkey). If you are planning on traveling from one country to the other, there are some border rules and restrictions that may apply.

Crossing from Serbia to Kosovo

Since 2008,  Serbia refused to recognize Kosovo's 2008 Declaration of Independence and continued to treat Kosovo as one of its provinces, refusing to recognize a Kosovo visa. However, in the years since multiple attempts at intervention by other countries have brokered a peace of sorts. In 2020, in a US-brokered deal, Serbia and Kosovo agreed to normalize economic relations including freer transit, including by rail and road, between the two countries. Prior to this, travelers were always advised to visit Serbia before visiting Kosovo in case their Kosovo visa was refused. The security situation along the Kosovo-Serbia border remains unpredictable, and politically motivated violence happens often at the border crossings of Jarinje and Brnjak, aka Gates 1 and 31.

Crossing from Kosovo to Serbia

Some governments advise that travelers don't attempt to enter Serbia from Kosovo unless you initially traveled into Kosovo from Serbia. If you want to travel from Kosovo to Serbia, you need a valid, recent Serbian entry stamp in your passport. If not, you'll need to transit via a third country. If you try to cross the checkpoint with only a Kosovo visa, you'll be deemed to have entered the country illegally.

If you want go into Kosovo and back to Serbia, be aware that your Serbian visa (or entry stamp, usually valid for 90 days) will still be counting on your trip to Kosovo. If you stay past the deadline, you could be charged with overstaying your visa.

But many travelers have reported crossing with minimal hassle. Serbian guards, they say, might simply cross out the Kosovo visa and stick a Serbian one on top.

Others have simply been turned away. Save yourself the risk. If you must go from Kosovo to Serbia, go through Macedonia.

Crossing from Albania to Kosovo

All other borders are open, with new roads being built regularly between formerly belligerent nations. For instance, there's a nice new highway between Albania and Kosovo, replacing a harrowing, 10-hour mountain ride.

Crossing from Kosovo to Macedonia

The border crossing between Rastelica in Kosovo and Strezimir in Macedonia is officially for locals only. It's only open from May through September due to bad weather.

Crossing from Croatia to Montenegro

Summer traffic between both nations can be hectic, and you might have to wait hours to cross. Consider going through Bosnia-Herzegovina instead. There's a catch: you might have to pay 20 Euro for a Green Card for Bosnia.

Crossing from Albania to Macedonia

Most border crossings are only open until 10pm.

Get a travel insurance quote for Serbia 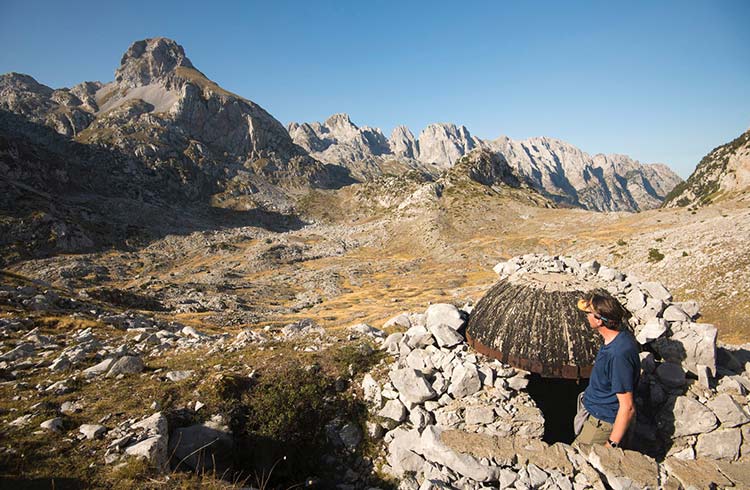 Why Hiking in Albania is Unlike Anywhere Else on Earth

Tim Neville ignores the warnings of others and explores Albania on foot, ultimately discovering a place that feels totally out of this world. Macedonia on a Budget: Things to do & Places to Stay

From war torn cities to the cobblestone streets of lakeside towns, Macedonia is a fascinating surprise waiting to be discovered. Find out how to get around with these tips from a traveler.