How can you spot the con artists from the authentic locals in Turkey? Here's how to spot scammers, dodgy carpet salesmen and stay safe in Istanbul's Grand Bazaar.

Turkish people, by their very nature, are hospitable, good humored and generous. They will go out of their way to make new friends and help you discover what is great about their country.

The bad ones? Well, that's a different story. They take the generous spirit of Turkish people and turn it into something they can exploit for their own selfish gain.

Armed with a few key things to look out for, you can quickly separate the good from the bad. Here's how to be aware of shady street vendors, rip-off merchants and stay safe while traveling in Turkey.

When a stranger offers you a drink

For most people, the offer of a drink from a perfect stranger is foreign, and might leave you feeling suspicious.

But it‘s very common for people to offer you a drink in Turkey, especially in Istanbul. Some of the offers are genuine, some of them are geared for only one thing – to make an even better friend with your wallet.

One of the most prevalent scams is the simple offering of a drink. The interaction will be simple: A man will approach you, say hello and engage in conversation about your life and travels. He will most likely reveal little about himself when asked, and will deviate little into spontaneous conversation.

Next, he will probably offer to take you to a bar or restaurant where he knows the best wine, or the best kebab, or the best Turkish ladies – he insists you join him.

When you are inside the "secret place", it‘s likely you will be approached by a set of attractive women who will try to coerce you into buying a few drinks – the situation will have an air of seduction, but don't be fooled, it's all leading up to something big and nasty.

After a couple of drinks, you might start to get the heebie-jeebies and want to get the bill. When the bill comes, you‘ll probably go into cardiac arrest, given that it comes to around $1,000– $1,500 for a few beverages.

Once the bill is delivered, that‘s when things get ugly. Your "friend" will probably take the side of the proprietors, who by now will be flanked by several large assistants. Then, you find yourself at an ATM extracting cash after a threat of violence for non-payment.

Another possibility is having a sedative dunked into your drink. After that happens, anything is possible.

Your new "friend" could take you all over town, forcing you to remove your money from ATMs, rack up thousands of dollars in debt on your credit card – or even pass it on to another one of his buddies. He might even be shady enough to wake up with you the next day to tell you what a great time you had – how you were crazy on the spend, how he had never seen anything like it.

However, there are a few tricks you can use to make sure you don‘t wind up in this situation – which many travelers have experienced.

If you keep cautious, and meet a friendly Turk and none of these alarm bells go off, chances are you have simply made a new friend. Just be aware not everyone is as honest as they seem.

How to know you're purchasing a legitimate carpet in Turkey

Be aware: If you go to Turkey, someone will try to sell you a carpet. It's guaranteed to happen – a concrete truth on par with the laws of physics.

Vendors can be very pushy and very persuasive. They will go to no end to get a sale – it wouldn‘t surprise us in the slightest us if you woke up one morning to find a vendor snuck into your bed, softly whispering into your ear about the superior quality of his carpets while he spoons you (that's a joke).

These crafty carpet salespeople must be doing something right though. Each year thousands of bewildered travelers return home from Turkey with tonnes of carpets.

But, while the fun and games of a persistent salesman is all part of the Turkish experience, there are a few scams to watch out for:

In other words, don't have the rug pulled out from under you.

How you're covered by travel insurance in Turkey

If you find yourself under the seduction of a shady "friend" and wind up with stolen money or personal possessions, the only way you can make a claim is if you are not drunk. Considering the circumstances we are discussing normally involve alcohol, you need to keep in mind that if you fall under the spell of a dodgy Turk and are under the influence of alcohol, chances are you wont have a claim paid.

If you are unwillingly drugged and can establish with the police that this is true, you are able to make a claim for any injuries you sustain, or for any items in your possession that were stolen. Just know that cover for lost cash is rare. Sexual Assault in the UAE: Safety Tips for Women

Worst-case scenario, women subjected to rape in the UAE could be charged with illicit sex. We take a look at what to do if you're in trouble, and how to stay safe. 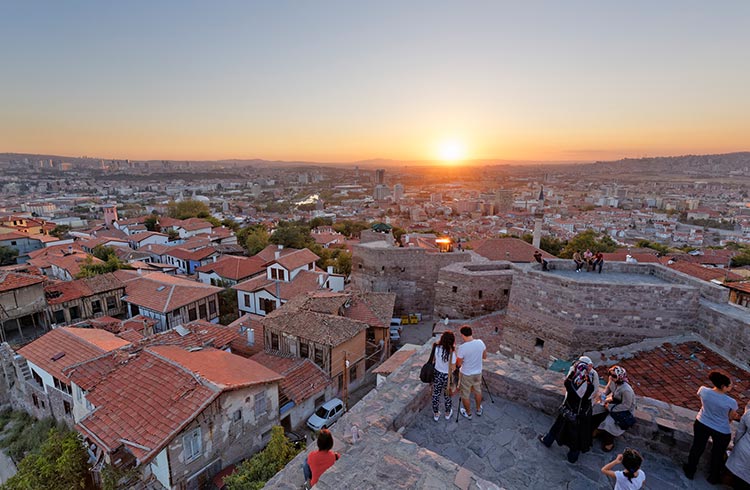 Violent Crime in Turkey: What Travelers Need to Know

Travelers in Turkey are at more risk of being overfed by their delightful Turkish hosts than they are of running into any sort of violent crime. But here's what you need to know before you go to stay safe.