Places to Avoid in the USA: Crime and Bad Neighborhoods

Where are the bad neighborhoods in the USA? Here are a few high crime locations in American cities, plus some tips to recognize if you've wandered into a dodgy area.

Violent crime is rampant in the US and, naturally, our fear of it is escalating. With 12 cities having broken their annual homicide records in 2021 (and fatal shootings in major cities up by 80%), people are increasingly circumspect about visiting places unfamiliar to them that have a “bad” reputation.

The FBI’s Uniform Crime Reporting Program classifies murder, non-negligent manslaughter, rape, robbery and aggravated assault as violent crimes. Drawing on the bureau’s data and a variety of other sources, countless league tables are drawn up every year, each of them claiming to provide the definitive ranking of the nation’s most crime-ridden cities.

Arrived at differently, and driven by an assortment of agendas (some political, others commercial), no two tables are the same, but that doesn’t mean their findings can be summarily dismissed. And although they swap positions, certain cities are all but guaranteed to feature prominently.

A top ten that doesn’t include a handful of the following – Memphis, St Louis, New Orleans, Detroit, Atlanta, Chicago, Baltimore, Cleveland – has been compiled in someone’s sleep.

The best and worst neighborhoods in the USA

MoneyGeek, a personal finance tech company, is interested in the big picture, seeking to shed light on societal trends, current and emerging. It recently analysed the crime statistics in nearly 300 metropolitan areas with populations over 100,000, to put together a league table of cities that were paying the highest cost for their crimes, in terms of the impact they have on their communities, given that crime is so closely correlated with lack of economic opportunity. St Louis had the highest per-capita crime cost at $11,574, compared with Virginia Beach, the safest city, which came in at just $611.

NeighborhoodScout (NS), an online database of US neighborhood analytics popular with realtors and home-buyers, is more interested in little pictures, high-res snapshots of individual neighborhoods, viewed from demographic, lifestyle, school, housing market and, of course, crime perspectives. It gives these neighborhoods a crime risk rating on a nationally comparable 1-100 scale, 100 being the safest. It has its own league table of dangerous cities, too, though it casts a wider net, starting with towns with just 25,000 or more residents.

The eighth largest urban area in Louisiana, Monroe (population 48,000), took number one spot in 2022. If you’re the gambling kind, you have a 1 in 34 chance of becoming a victim of violent crime there. NS is keen to point out that there are good neighborhoods close to troubled ones, and that may be true (within just 15 miles of Monroe, you can find a neighborhood, Start, in Rayville, that is safer than 97% of neighborhoods nationwide) but it ignores an uncomfortable truth.

In the sort of cities that attract visitors in appreciable numbers, neighborhoods are not gated and fortified against outside forces as they are in the ‘burbs. And crime doesn’t limit itself to poor areas, which got poorer still during the pandemic – after all, there’s no picking an empty pocket.

Though they are often held up as the antithesis of nature, cities are ecosystems, communities of living organisms, each acutely aware of what’s happening to the others, and prosperous city neighborhoods aren’t immune to the problems of less prosperous ones. As an adoptive New Orleanian, who has also lived in Coney Island, NY, Oakland, CA and East St Louis, MO,I know this all too well.

How to stay safe

Though there’s no doubt that thoroughly researching a destination and its known hazards can help keep you safe, there’s no substitute for keeping your wits about you. Should you take a wrong turn, let fear, the most sensible of the emotions, guide you: don’t act tough or make like a local; don’t advertise your affluence; and keep your phone in your pocket.

If you want to stay safe, long-term, the solution may sound radical: spend your tourist dollars in those cities that are causing you concern right now – they are hothouses of diversity, ideas and commerce, and without your investment, their prospects won’t improve. Cities are where a country’s culture is made; and they are the engines of its economy. That has to be worth anyone’s time and money. Tipping in the USA: A Guide to Doing It Right

Here's how to keep your waiters, waitresses, bartenders and cab drivers happy, while also fighting wage inequality in the USA. Eating Local: 3 of the Best Food Trails in Oregon

Showcasing locally produced food, beer, and wine, these trails are ideal for replenishing after a hike or bike ride, or just for a fun, delicious day out. 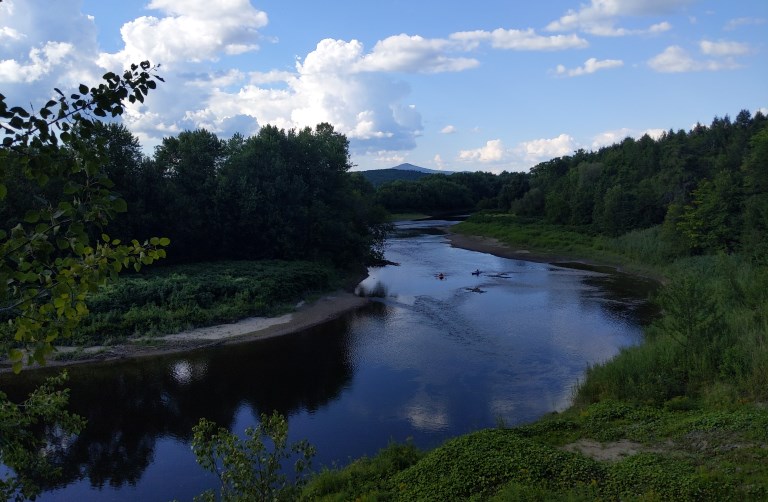 Exploring by kayak offers access to places you can’t reach by car or on foot and up-close encounters with wildlife. Our nomads share their favorite kayaking adventures around the country.